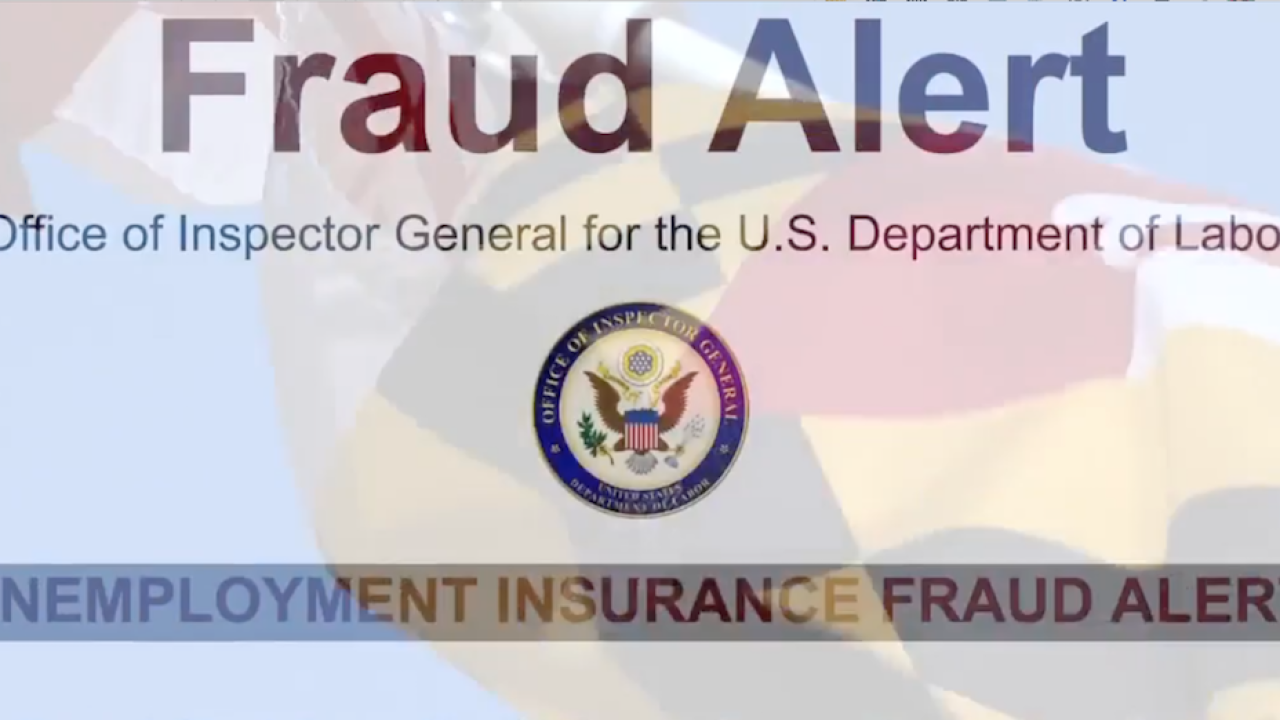 The investigation found that only 2,502 out of 48,280 out-of-state filers were found not to be fraudulent.

Those claimants were initially flagged and had their unemployment debit cards through Bank of America canceled, when they couldn't provide extra documentation proving their identity.

During the investigation, the department discovered another 95,402 potentially fraudulent out-of-state claims. More than 87,000 of those filers were unable to provide the required documentation to qualify for unemployment.

Meanwhile there are an additional 57,577 in-state claims that have been detected as potentially fraudulent. Of those, 36,142 have either been denied or unable to provide proper documentation.

To help combat future fraud, the federal government has awarded Maryland $2.4 million to go toward detection and investigative efforts.

As of September 12, out-of-work residents have received over $6.8 billion in CARES Act payments. The Labor Department says 96 percent of all claims have been processed with the remaining ones pending adjudication.

If you believe that your information has been used to fraudulently file an unemployment insurance claim, please contact Labor’s Division of Unemployment Insurance by e-mailing ui.fraud@maryland.gov.