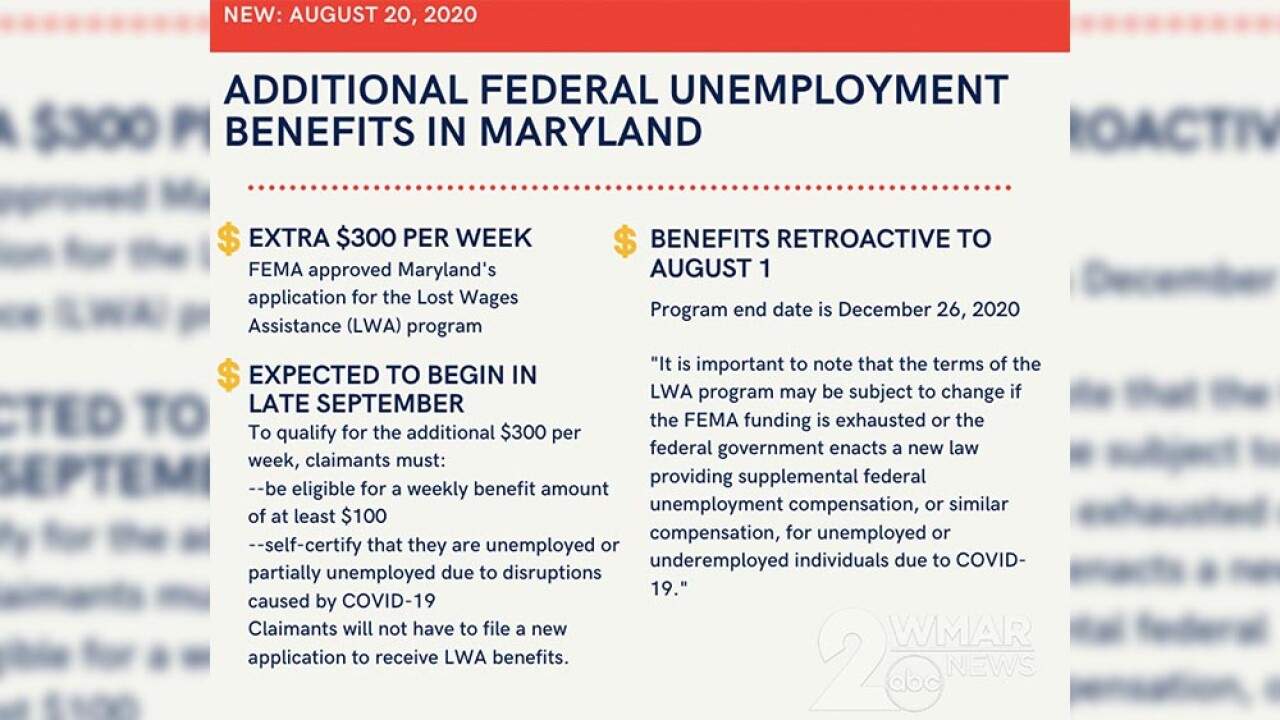 ANNAPOLIS, Md. — Maryland on Thursday was approved for the federal Lost Wages Assistance grant, which could pay unemployed citizens an additional $300 per week in the midst of the COVID-19 pandemic.

FEMA approved the extra $431 million in funding just over 24 hours after Governor Larry Hogan announced that the state had applied.

Funds are likely be distributed by late September, retroactive to the week ending August 1.

To be eligible, you have to qualify for at least $100 in weekly benefits and self-certify that COVID-19 has resulted in partial or full-time unemployment.

That means eligible applicants would be paid a total of $400 per week.

The program is slated to last until late December, but could change if funding runs out or new emergency legislation is passed.

"The $100 threshold is based on the claimant's monetary eligibility, including any dependents' allowance. It is calculated without regard to any tax withholding, offsets, or wage deductions," she wrote in an email to WMAR-2 News Mallory Sofastaii.

You will not have to file a new application if you qualify to receive the extra benefits.

The Labor Department reports over 96 percent of those claims have been processed, equaling nearly $6 billion in payouts.