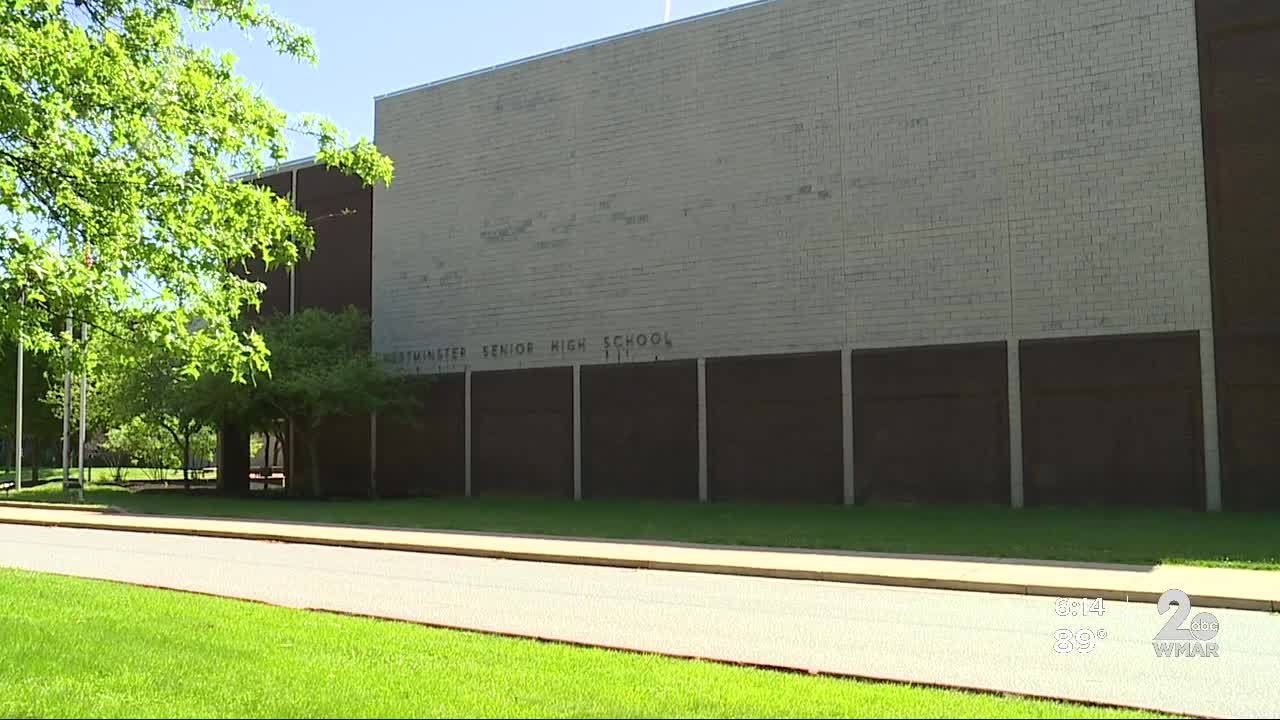 Late spring is usually time of year when high school seniors are getting ready to put on their cap and gown and start the next phase of their lives, but these days are far from normal.

FINKSBURG, Md. — Late spring is usually time of year when high school seniors are getting ready to put on their cap and gown and start the next phase of their lives, but these days are far from normal.

Seniors have had their graduation ceremonies canceled, postponed, or drastically scaled down because of COVID-19.

It's a moment 12 years in the making.

Westminster Senior High School grad Braden Flemming said "it feels good, it's nice to finally get it over with.”

Braden Flemming soon will be on his way to York College in Pennsylvania to study forensic science, and he won’t be alone.

Classmate and friend Ben Reed said “I’ll be going to college at York, for computer science."

For these high school students, friends since second grade, this day looks and sounds like it's graduation time but it's no ordinary ceremony and it has has not been an ordinary school year.

“It was difficult. Didn’t really get to say goodbye to a lot of the teachers that I would have liked to,” Braden Flemming said.

“Probably will be something that a lot of people will probably look back on,” Ben Reed said.

It's been a challenging year for students who haven't been to class since the Coronavirus outbreak spread and administrators closed schools. It was especially difficult for seniors with their eyes on graduation, wondering what the future held for them.

Ben Reed’s mother, Cindy Reed said "the past few months have been just as disappointing for the parents of the seniors as it is for the seniors themselves." As the two seniors get ready to graduate, the official ceremony for these two Westminster High School students is limited to one student and four family members.

“Kind of sad that I don't get to laugh at all my other friends, walking across the stage, but couldn't really do much,” Braden Flemming said.

Braden Flemming's dad Steven Flemming decided to surprise his son with something to make it better... his own at-home graduation ceremony.

“I thought well, I've got a kid who does pretty well in school and I never have to get on his case, and everything. If anybody deserves a little celebration, it would probably be him,” Steven Flemming said.

“We're all pretty surprised I kind of wasn't expecting it. I was told that I would just be getting a few pictures, and you know here we are,” Braden Flemming said.

They ended up at the Grad Mobile.

The portable graduation stage is the brain-child of Michael Rosman, who also serves as the master of ceremonies.

Grad Mobile owner Michael Rosman said "the idea came actually to my wife. She said 'hey, when our daughter gets home from college in two weeks, let's knock on her door and tell her she's got 20 minutes to get her cap and gown on. We'll march her down the steps to the pomp and circumstance, and take pictures in the front yard.'"

“I'm thinking, I have a stage truck, a circus stage truck in the driveway. We'll drop the stage, put my podium on, and we'll march her across the stage, and make it as real as possible. Then we just kind of looked at each other, like we should make this available to everybody, and that's how it got started," Rosman said.

Rosman has performed about three dozen graduation ceremonies since he started the Grad Mobile.

“I kinda thought when we first started it would be kind of fun and a little kitchy, and people are taking it completely serious, and they're making them their own graduations," Rosman said.

It’s exactly what Steven Flemming did for his son Braden.

“It was a really good feeling, really good feeling to see him get to have a little celebration and to be able to graduate. It felt good and it was comfortable outside today, and not in a stuffy auditorium. So, I'd like to do this way every year. If I had three more kids, I'd do them all like this,” Steven Flemming said.

“I think graduation ceremony is just as much for the parents sometimes, as it is for the student, were celebrating them, but it's something that we've watched them move towards their whole lives,” Cindy Reed said.

“It's nice to see maybe a conclusion or a feeling, of yes, I actually did graduate and I reached that point today,” Cindy Reed added.

Students and parents aren’t the only ones enjoying these makeshift graduation ceremonies.

More information on renting the Grad Mobile can be found here.