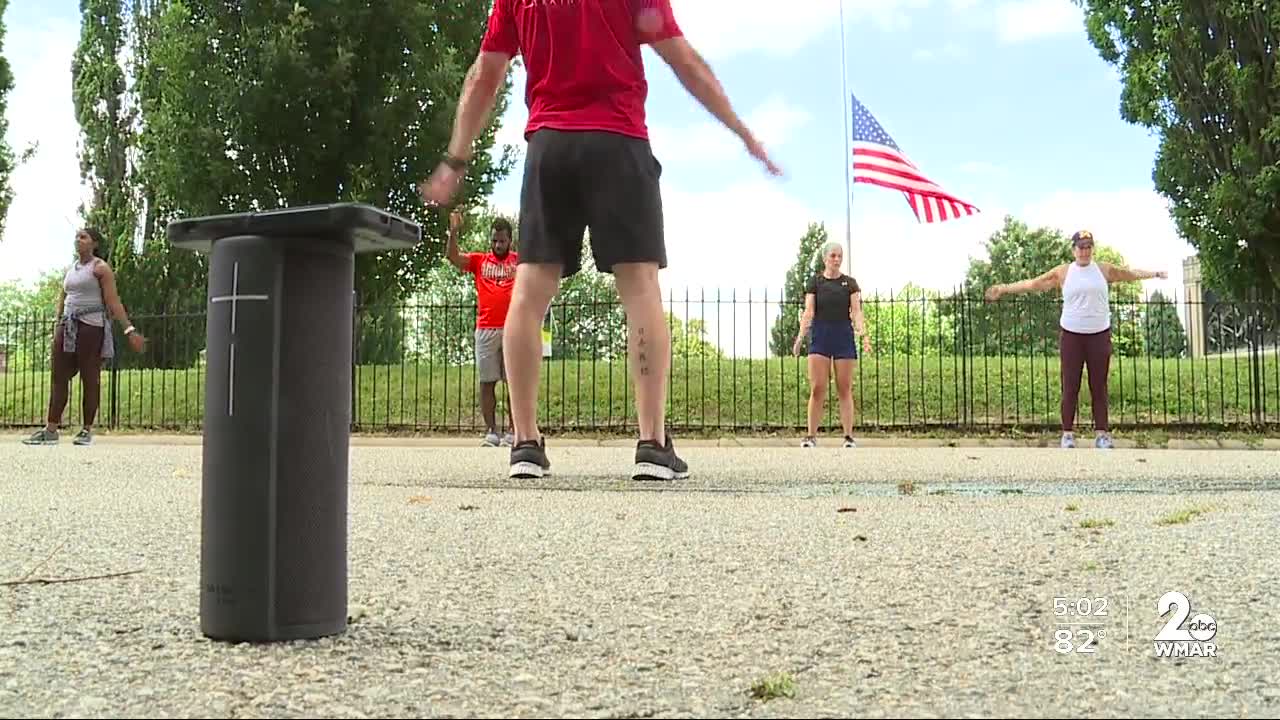 The governor announced indoor gyms and fitness studios can reopen tomorrow, but there’s uncertainty about when Baltimore City will follow suit. For now, they remain closed.

BALTIMORE — The governor announced indoor gyms and fitness studios can reopen tomorrow, but there’s uncertainty about when Baltimore City will follow suit. For now, they remain closed.

"We pretty much went from full stem to ahead to stop right there. Yeah it’s been really difficult," said Paul Breen, owner of Peak Performance Training in Highlandtown.

Up until a few months ago, Breen was running interval classes 7 days a week out of his studio.

When the pandemic hit, closing down his studio, he knew he had to adapt. First, it was live streamed classes and now that it’s allowed, outdoor work outs in Patterson Park.

Each class is limited to 9 participants to follow social distancing guidelines. They've been a hit for regulars like Brent Rohrbaugh.

"We’ve all been cooped up inside for a long time now so it’s just great to be in a group and back outside being active," said Rohrbaugh.

"We’ve been getting a lot of returning members and starting to building some momentum for hopefully when the studio opens," said Breen.

He’s hopeful that news is coming soon. While Gov. Larry Hogan announced that effective tomorrow, indoor gyms and fitness studios can open with restrictions, the city is not there yet.

But Mayor Jack Young is making an announcement tomorrow about the next phase of reopening. Young said while the data continues to trend in the right direction, they are waiting for testing results from this week to show the extent of transmission from memorial day activities and protests, before making a decision.

"They gotta do what's safe for everyone and hopefully they are looking at the numbers closely and once they feel it’s safe, they’ll reopen," said Rohrbaugh.

Breen knows even when they can open, it will be different, but he’s ready to be home.

"We’re gonna be open and make sure everyone is safe. That’s the biggest thing," said Breen.

Use promo code PEAK to get a free drop-in class when the studio reopens. Click here for the class schedule.