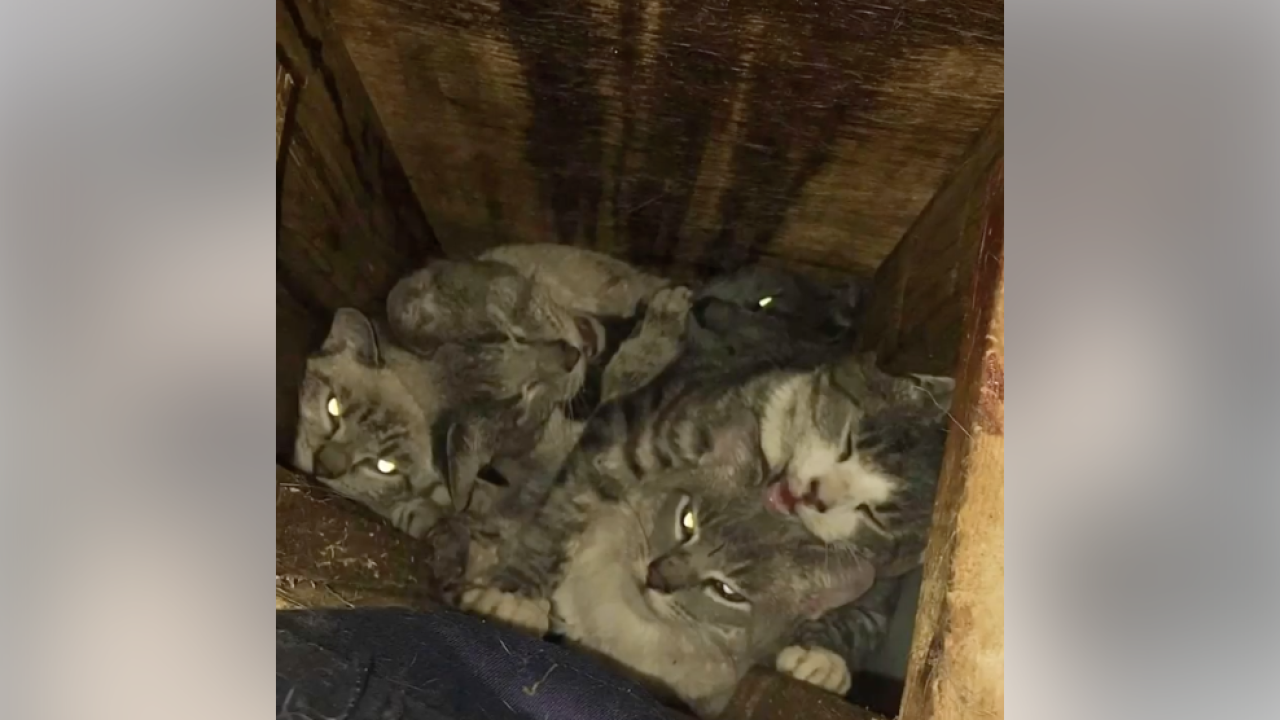 BALTIMORE — BARCS is treating and caring for more than 100 cats that came from the home of an elderly widow about to enter hospice care.

The woman called Baltimore City Animal Control on Friday looking for help. She said her husband recently passed away, and she was soon leaving for hospice care herself.

Animal control officers were initially told the woman had 30 cats, but it was soon discovered she had more than 130.

Conditions inside of the woman’s home were described as "overwhelming," making it clear to officials that the situation had been out of control for some time.

"Regardless of the number of cats, we are here to help this owner going into hospice care find peace—she can rest knowing that her beloved family members will be cared for," BARCS said on their Facebook page.

Many of the cats are in poor condition and will require long-term and/or specialized medical treatment. Nearly all of them are under-socialized and afraid, according to BARCS.

With the addition of the cats, BARCS says they now have 305 at their shelter.