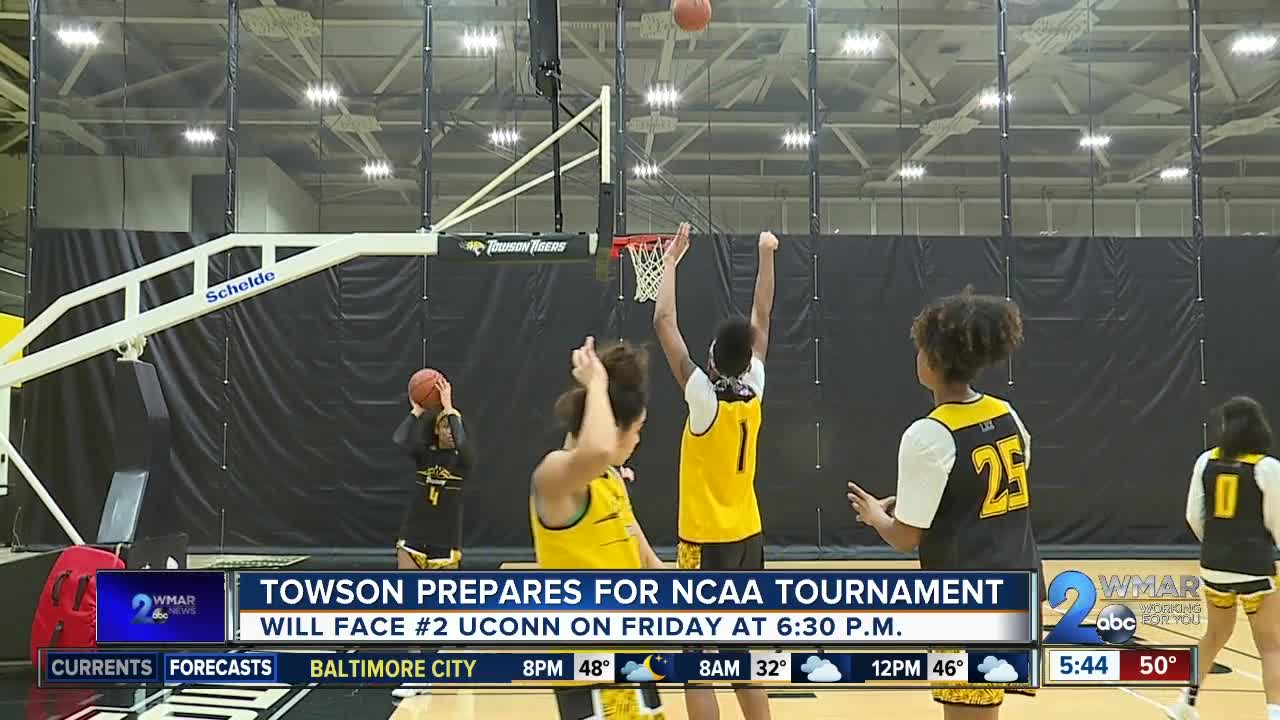 TOWSON, Md — Towson's women's basketball team is getting ready for its first appearance in the NCAA tournament.

They won the Colonial Athletic Association tournament 53-49 over Drexel University on Saturday, clinching their first ever berth.

They are the 15th seed and are facing the No. 3 seed, Uconn in the first round.

"America is going to be tuned into that game, obviously UConn has a big following," said Diane Richardson, Towson's head coach. "We're going to be on the same stage as them so it's our time to shine as well."

The Tigers leave for Connecticut Wednesday. The game is on Friday at 6:30p.m on ESPN2.