Maryland State Police partners with Army to give vets jobs 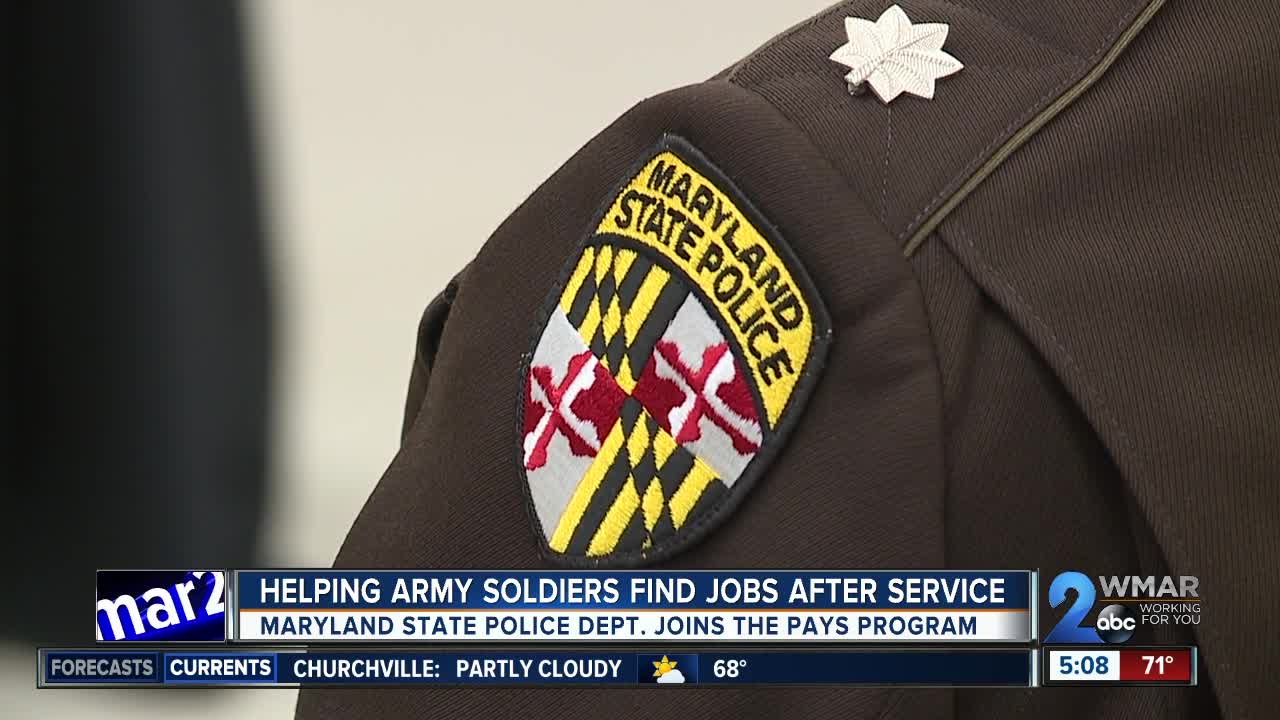 The Maryland State Police is partnering with the U.S. Army to help soldiers get high paying jobs after they finish their service.

PIKESVILLE, Md. — The Maryland State Police is partnering with the U.S. Army to help veterans get back to work.

The PaYS Program helps soldiers prepare for the future. The soldiers who take part are guaranteed job interviews and possible employment after they finish their service in the Army.

“For our PaYS partners the program gives us access to our soldiers as they transition back to the civilian workforce," said Colonel Amanda Iden, U.S. Army Battalion Commander. "This means our partners can choose to hire from a pool of professionals with exceptional work habits who have also been held to the highest standards of conduct for several years.”

Maryland State Police says most of their troopers served in the military and they look forward to more of an influx of Army veterans.

“They’ve already proven the basic skills they have and proved they have what it takes to be a Maryland State Trooper," said Colonel William Pallozzi, Maryland State Police Superintendent. "I certainly know that my staff training will work to transition them from the warrior to a guardian.”

Since PaYS began in 2000, more than 800 employers have partnered with the program.