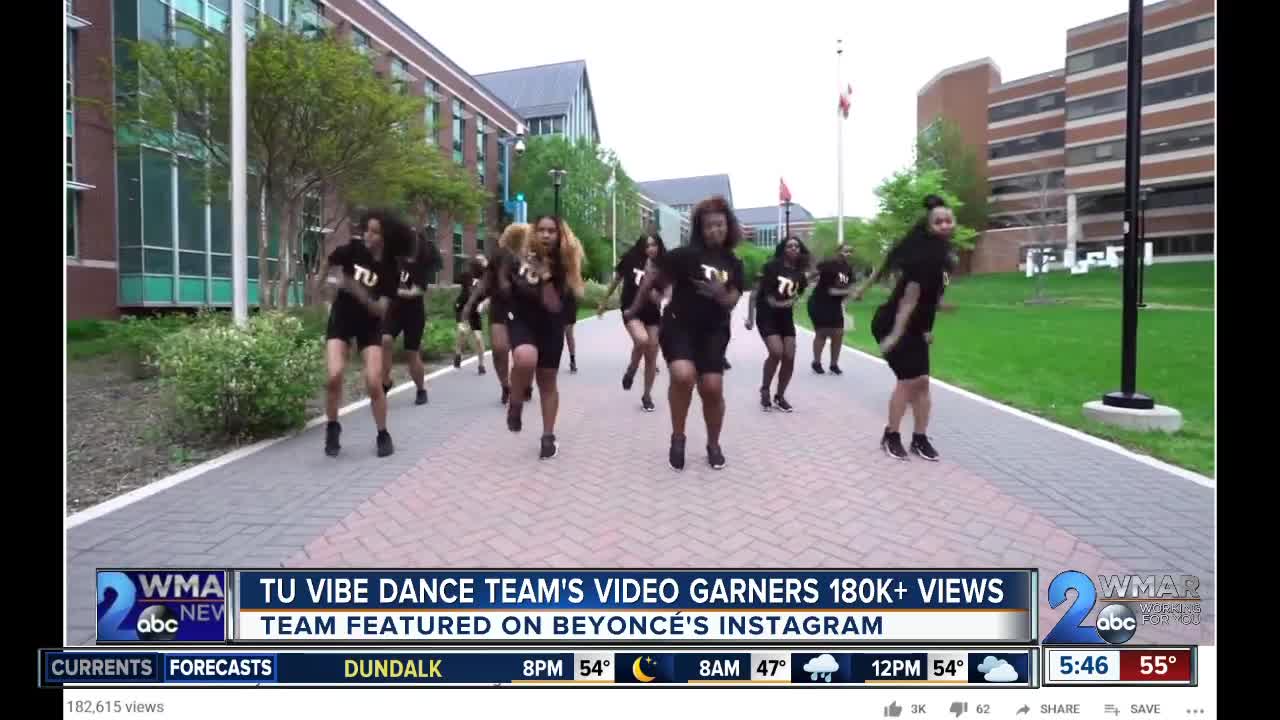 Towson University's dance video to Beyoncé's "Before I Let Go" challenges get shared by the star on her Instagram story feed.

TOWSON, Md. — Towson University's Vibe Dance Team caught the attention of Beyoncé and went viral after posting their version of the singer's 'Before I Let Go' challenge.

The team uploaded their video on YouTube, and Beyoncé shared a clip of it on her Instagram story feed Thursday afternoon. The singer's mother, Tina Knowles-Lawson, also shared the video earlier in May.

"Everything is just like so surreal, and we've been all over the place," said Brianna Coleman, senior. "Our energy has been amazing, and we've just been so excited. Its been motivation for the people who will still be on the team next semester to kind of keep pushing and know that this team can go so far beyond what our expectations are."

Towson's marketing and communications office reached out to the team around the time Beyoncé launched the challenge.

"It came at a time where we're obviously trying to entice prospective students to join, right around National Decision Day on May 1, and show our vibrant campus life," said Marina Cooper, Towson's Vice President of Marketing and Communications.

Dancers all over the world are doing the challenge and submitting videos of themselves performing a routine to Beyoncé's cover of Frankie Beverly and Maze's 1981 hit, "Before I Let Go."

The song is a bonus track on the live album for “Homecoming,” the star's recent Netflix concert documentary. The film features sequences from her performance at and preparation for the Coachella Valley Music and Arts Festival in 2018.

The team was also nominated for two student affairs leadership awards the same day Beyoncé posted the their video They won one, which they say shows they do more than just dance.