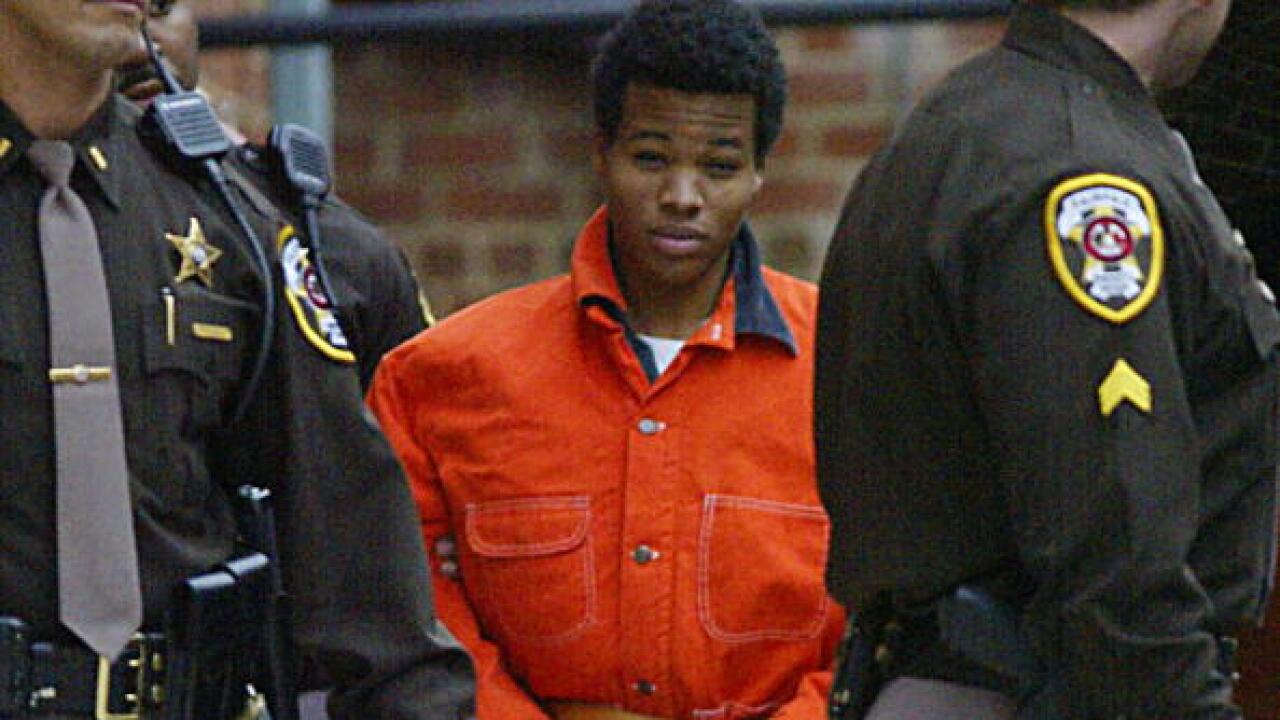 LUKE FRAZZA/AFP/Getty Images
FAIRFAX, : Sniper suspect Lee Malvo (c) leaves a pre-trial hearing at the Fairfax County Juvenile and Domestic Relations Court 04 December 2002 in Fairfax, Virginia. Malvo is a suspect in a sniper style killing spree. It has been reported 02 July 2003 that a change of venue has been ordered by Fairfax County, Virginia, Circuit Court Judge Jane Marum Roush , who was worried about a fair trial for the suspect. The trial will be moved to Chesapeake, Virginia, about 200 miles south of Fairfax County. AFP Photo/Luke FRAZZA (Photo credit should read LUKE FRAZZA/AFP/Getty Images)

WASHINGTON — WASHINGTON (AP) - The Supreme Court has agreed to consider Virginia's plea to reinstate the life-without-parole sentence of a man who participated in sniper shootings that terrorized the Washington, D.C., region in 2002.

The justices said Monday they will take up the state's appeal in the case of Lee Boyd Malvo.

An appeals court in Virginia ruled last year that Malvo should be re-sentenced in that state because of Supreme Court decisions that came after his sentence and altered sentencing requirements for juvenile offenders.

The Supreme Court will review that decision.