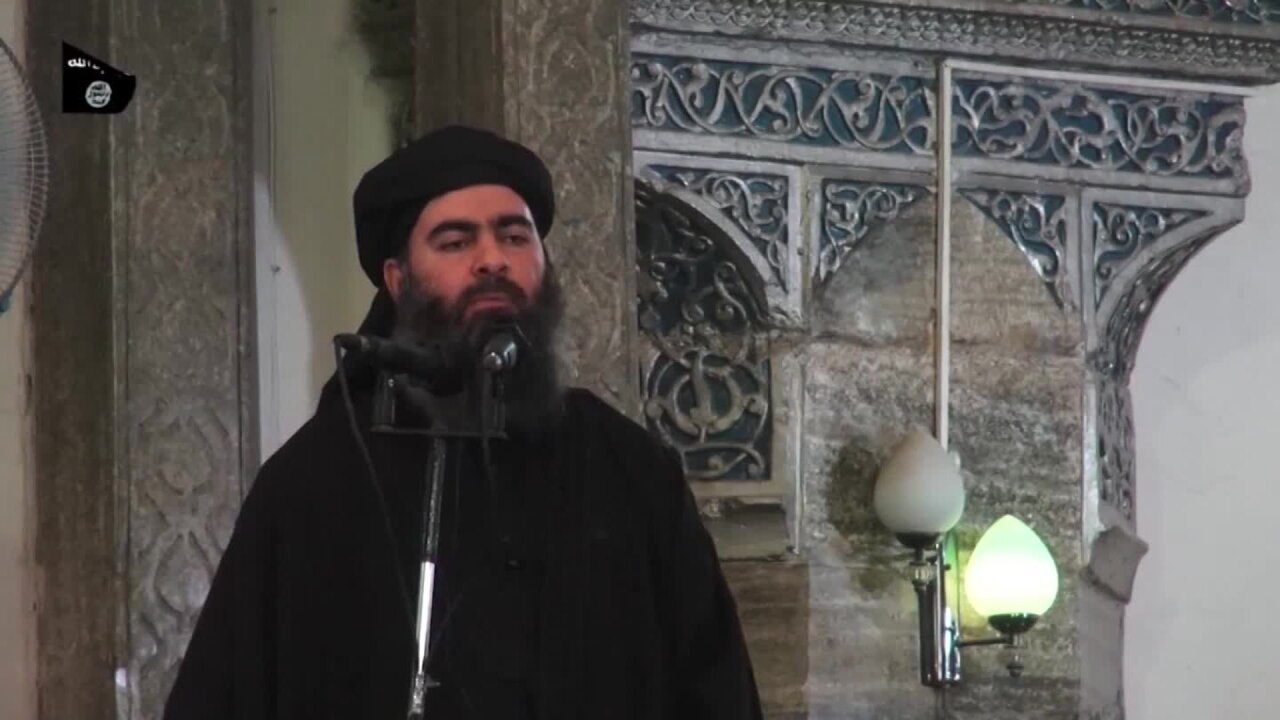 Erdogan didn't name the woman, and Baghdadi, who died during a US raid on his compound in northern Syria late last month, was believed to have had several wives.

"The US said that Baghdadi killed himself in a tunnel and started a serious PR campaign. We captured his wife but we didn't make a fuss, I'm declaring this for the first time," Erdogan said, referring to US President Donald Trump's televised address in which he revealed details of the raid. Trump said two of Baghdadi's wives were killed during the operation.

Erdogan's announcement comes a day after Turkey said it had captured Baghdadi's sister, Rasmiya Awad, in the northern Syrian town of Azaz. A senior Turkish official shared an image her identity card exclusively with CNN.

Not much is known about Awad, 65, but Ankara hopes her capture will lead to a wealth of intelligence about the militant group. She is currently being questioned by authorities.

"This kind of thing is an intelligence gold mine. What she knows about ISIS can significantly expand our understanding of the group and help us catch more bad guys," the Turkish official said.

Awad was detained in a raid on a metal container housing unit in Azaz, Aleppo province, part of a region that has been administered by Turkey since it carried out an operation to clear the border of ISIS militants in 2016.

Awad was taken into custody alongside her husband and daughter-in-law, who were also being questioned by Turkish authorities. Five children were found with them during the raid, the official said.

Turkey has described the discovery of Baghdadi's relatives as a boon for its intelligence about ISIS, saying that it will help the country better protect itself and Europe from terrorists.

Baghdadi, the elusive and highly secretive leader of ISIS, died during a raid conducted by the US military in close coordination with American intelligence and the Kurdish-led Syrian Democratic Forces in northwest Syria.

Baghdadi "blew himself up" after he was cornered by US forces in a tunnel within his compound, Trump said during a news conference detailing the mission. His identity was later confirmed by DNA tests.

The world's most wanted man oversaw the militant group's transformation from a ragtag insurgency to a global terror network that attracted tens of thousands of fighters to its so-called "caliphate" in Iraq and Syria.

At the group's height, Baghdadi reigned over a territory the size of Britain, from which ISIS orchestrated attacks carried out in countries around the world.