Town in England mourns victims of Saturday stabbing, which is being investigated as a terror attack 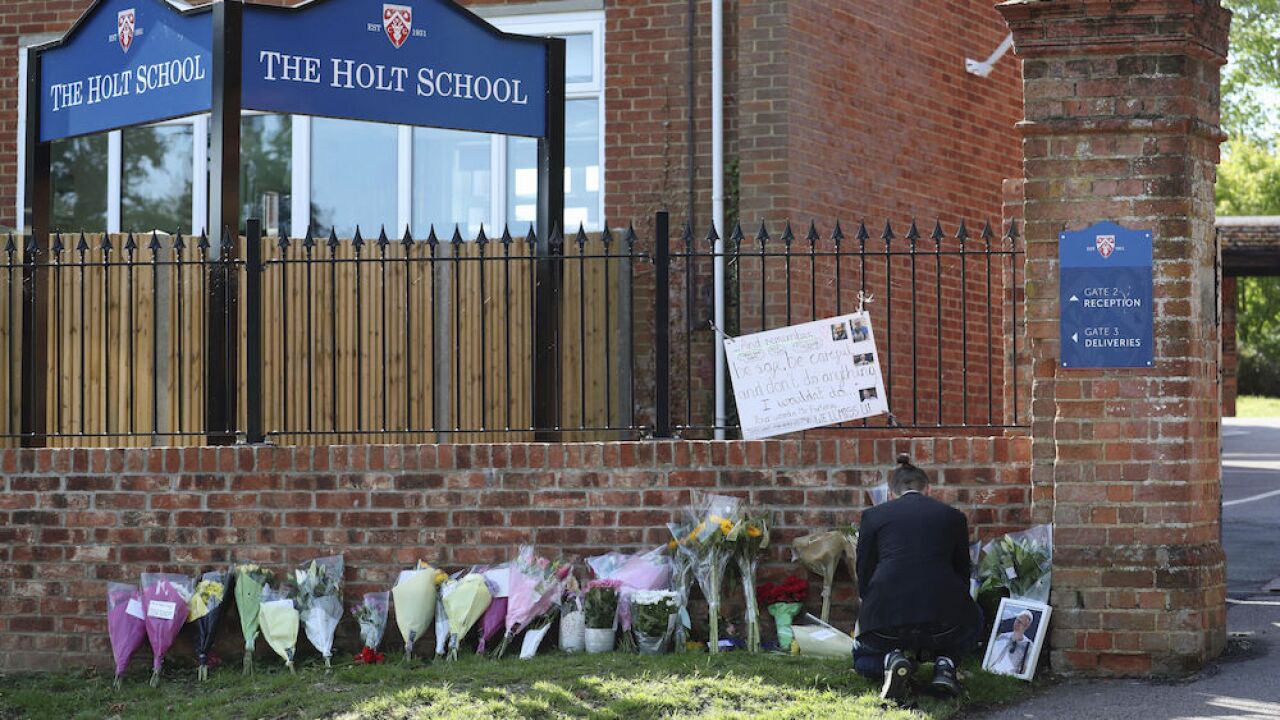 Steve Parsons/AP
Flowers at the entrance to the Holt School, Wokingham, Berskhire, in tribute to teacher James Furlong, a victim of the terrorist attack in Forbury Gardens, Reading, on Saturday in which three people died. PA Photo. Picture date: Monday June 22, 2020. A terror suspect remains in custody accused of killing three people in a Reading park on Saturday night and wounding three others. The 25-year-old man, understood to be named Khairi Saadallah, was detained a short distance from the scene and arrested on suspicion of murder. See PA story POLICE Reading. Photo credit should read: Steve Parsons/PA Wire

LONDON — The English town of Reading is mourning for three people stabbed to death in what is being treated as a terror attack.

Residents gathered for a moment of silence Monday as police questioned the attacker, who is suspected of carrying out the stabbing on his own.

More than 100 students lit candles and laid flowers in memory of history teacher James Furlong, who was named as one of the victims. An American friend of his was also killed.

Three others were seriously wounded in the stabbing attack Saturday in Reading, west of London.

Police say a 25-year-old man who is believed to be the lone attacker was in custody but his motive is unclear.