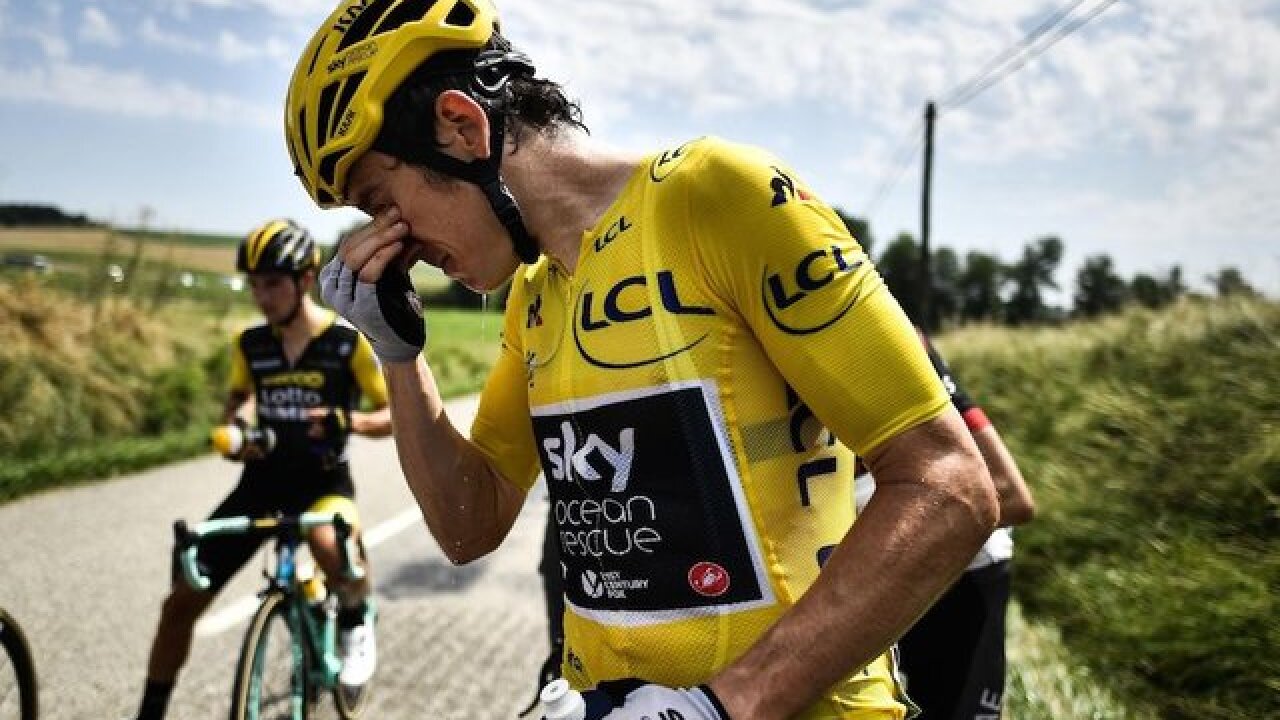 The Tour de France -- cycling's most prestigious race -- was temporarily halted Tuesday after tear gas, used to disperse protesters by police, inadvertently got into the eyes of some riders.

Protesting farmers had blocked the road with hay bales, leading police to spray them with CS gas.

Unhappy farmers had organized the protest because they "wanted to be seen" by France's Minister of Agriculture, Stéphane Travert, according to a police source.

"Looks like the tear gas used by the police on the farmers ended up getting to the eyes of some riders," tweeted the Quick-Step Cycling team.

The police source confirmed the race was stopped because the organizers wanted the gas to disperse to avoid any other riders being affected.

Medical treatment received by the riders was described as "light," while there were "no injuries" and cyclists were just washing off any molecules of tear gas.

Tour leader Geraint Thomas -- as well as several other riders -- was seen rinsing his eyes with water as the cyclists waited behind the race organizers' cars for the stage to restart.

Stage 16 of Le Tour 2018 sees the riders make their way 218 kilometers from Carcassonne to Bagnères-de-Luchon.

"After a 15 minute-long interruption caused by protesters, the race is back on," tweeted the Tour's Twitter feed.

The Tour feed also posted a tweet warning spectators to "respect the riders," as endangering them can lead to up to three years in prison.

It's not the first time protests have affected this year's Tour, though they had previously been aimed at Team Sky and its rider Chris Froome.

Ahead of the Tour, 33-year-old Froome had been under an anti-doping cloud after he was found to have more than the permissible level of asthma drug salbutamol in his urine at last September's Vuelta a España.

After a nine-month investigation -- during which Froome constantly protested his innocence -- cycling's governing body the UCI, on the advice of experts from the World Anti-Doping Agency, dropped the case just before the Tour began earlier in July.

Nonetheless, last week Froome and other Team Sky riders were targeted by a flare, while the four-time champion was reportedly spat at and pushed by road-side spectators.

Vincenzo Nibali, 2014 Tour winner, was also knocked off his bike by fans encroaching on the road and was forced to withdraw due to his injuries.