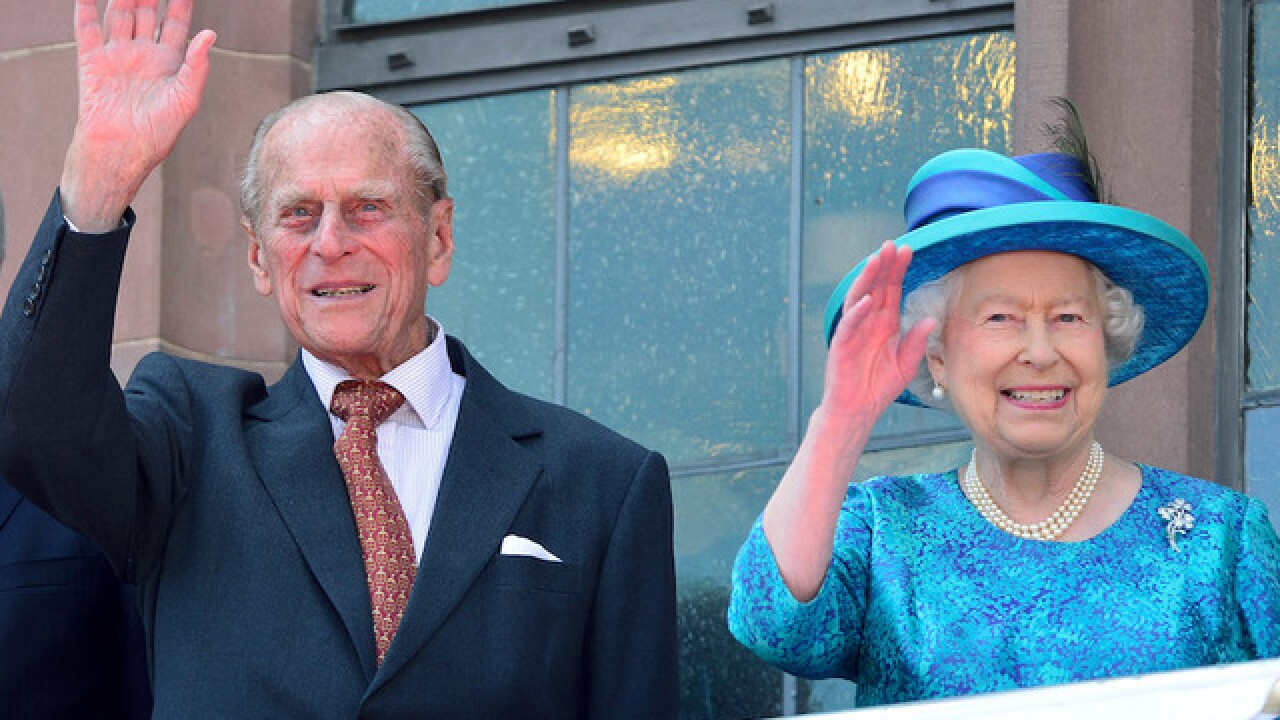 Copyright Getty Images
Thomas Lohnes
<p>FRANKFURT AM MAIN, GERMANY - JUNE 25: Prince Philip, Duke of Edingburgh and Queen Elizabeth II wave to the crowd from the balcony of the city hall 'Roemer' on June 25, 2015 in Frankfurt am Main, Germany. The Queen and Prince Philip are visiting Frankfurt St. Pauls church and the city hall 'Roemer' during their trip, which is their first to Germany since 2004. (Photo by Thomas Lohnes/Getty Images)</p>

"His Royal Highness would like to convey his appreciation for the messages of good wishes he has received."

Philip, 96, was admitted to the hospital 10 days ago. An update the following day said he had undergone a "successful" hip operation and was recovering well.

On Thursday he was visited by his daughter Anne, the Princess Royal, who said he was "on good form," according to Britain's Press Association news agency. The Queen also told a member of the public who asked after Philip that "he said he's getting on very well," the news agency reported.

In August 2017, the Duke retired from 65 years of public service, more than five years after the Palace originally said he would gradually "wind down" his workload, though he remained keen to carry out many of his duties.

Queen Elizabeth, 91, has also begun to scale back her duties due to her advancing age, handing over some of her responsibilities to her heir, Prince Charles.

The British monarch and her husband marked their 70th wedding anniversary last November.

On May 19, they will celebrate the wedding of their grandson Prince Harry and Meghan Markle at St. George's Chapel in Windsor. The occasion may well be the first public appearance by Philip following his surgery.