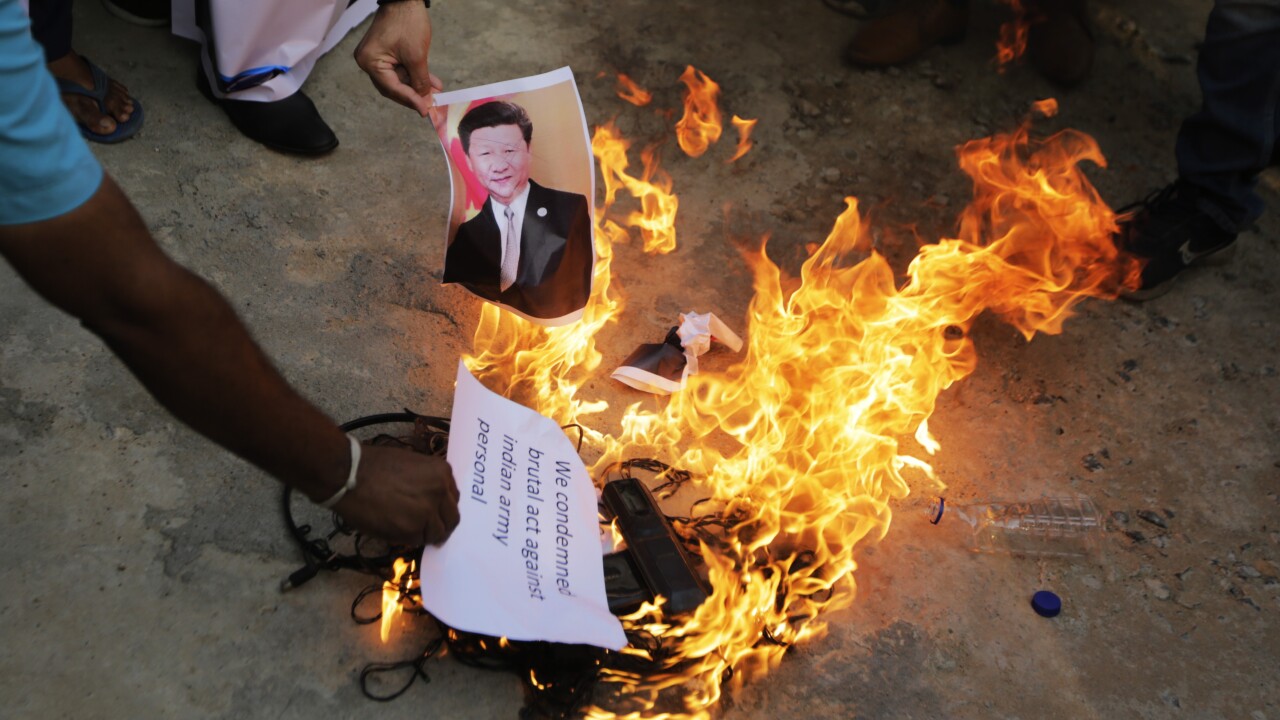 Copyright 2020 The Associated Press. All rights reserved
Ajit Solanki/AP
An Indian man burns a photograph of Chinese president Xi Jinping during a protest against China in Ahmedabad, India, Tuesday, June 16, 2020. At least three Indian soldiers, including a senior army officer, were killed in a confrontation with Chinese troops along their disputed border high in the Himalayas where thousands of soldiers on both sides have been facing off for over a month, the Indian army said Tuesday. (AP Photo/Ajit Solanki)

SRINAGAR, India (AP) — A border clash high in the Himalayas between the world’s two most populated countries has claimed the lives of 20 Indian soldiers.

It was the first deadly violence between China and India since the two nuclear armed neighbors faced off in a border dispute 45 year ago.

Indian officials say the troops fought each other with fists and rocks along the high-altitude terrain before the two sides “disengaged” from the area where the fighting happened.

Along with those killed, India said that about 17 of its soldiers were also critically injured. The nature of those injuries was not disclosed.

China accused Indian forces of carrying out “provocative attacks” on its troops and has not said if any of its soldiers have died.