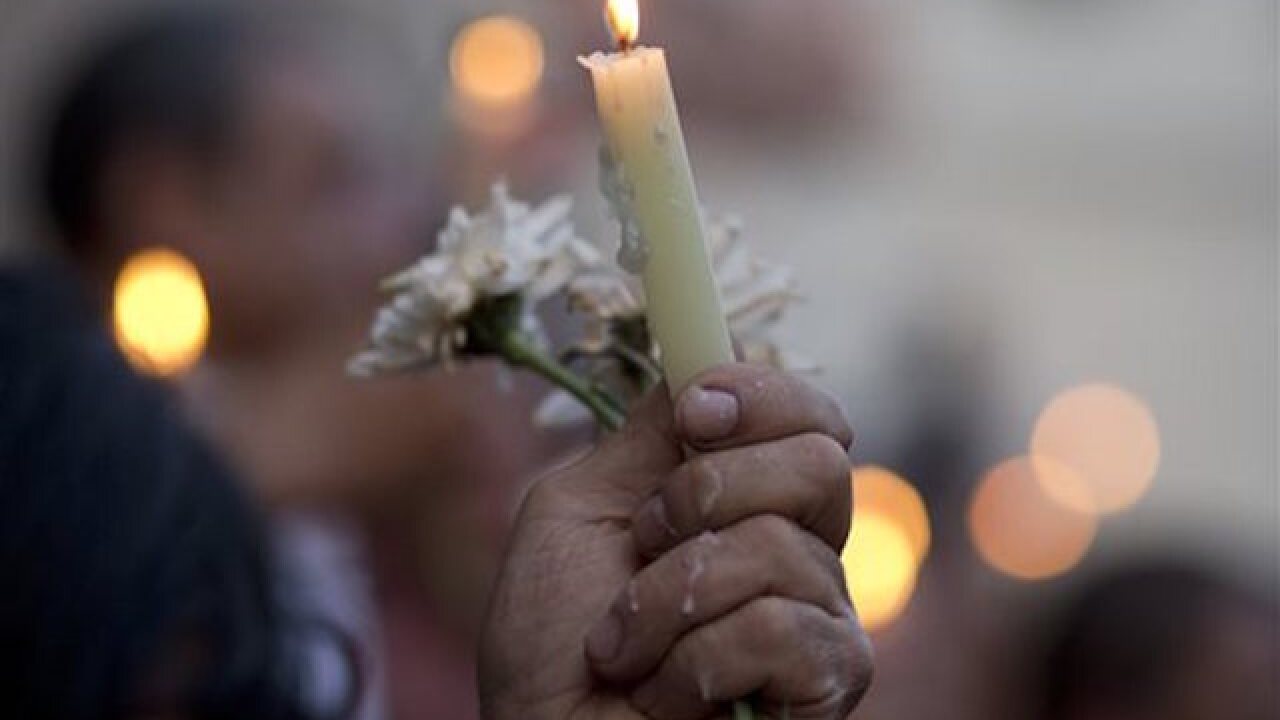 Copyright Associated Press
Amr Nabil
<p>An Egyptian journalist holds a candle during a candlelight vigil for the victims of EgyptAir flight 804 in front of the Journalists' Syndicate in Cairo, Egypt, Tuesday, May 24, 2016. The cause of Thursday's crash of the EgyptAir jet flying from Paris to Cairo that killed all 66 people aboard still has not been determined. Ships and planes from Egypt, Greece, France, the United States and other nations are searching the Mediterranean Sea north of the Egyptian port of Alexandria for the jet's voice and flight data recorders. (AP Photo/Amr Nabil)</p>

CAIRO (AP) — The chief of EgyptAir says Egypt has contracted two foreign companies to help locate the flight data recorders of the carrier's plane that crashed last week in the Mediterranean, killing all 66 passengers and crew on board.

Safwat Masalam said on Wednesday that a French and an Italian company will be working with Egyptian search teams to try and find the black boxes, which could give clues as to what happened in the final minutes of the flight. He didn't identify the companies.

Ships and planes from Britain, Cyprus, France, Greece and the U.S. are also participating in the search for the debris from the aircraft, including the black boxes. Some wreckage, including human remains, has already been recovered.