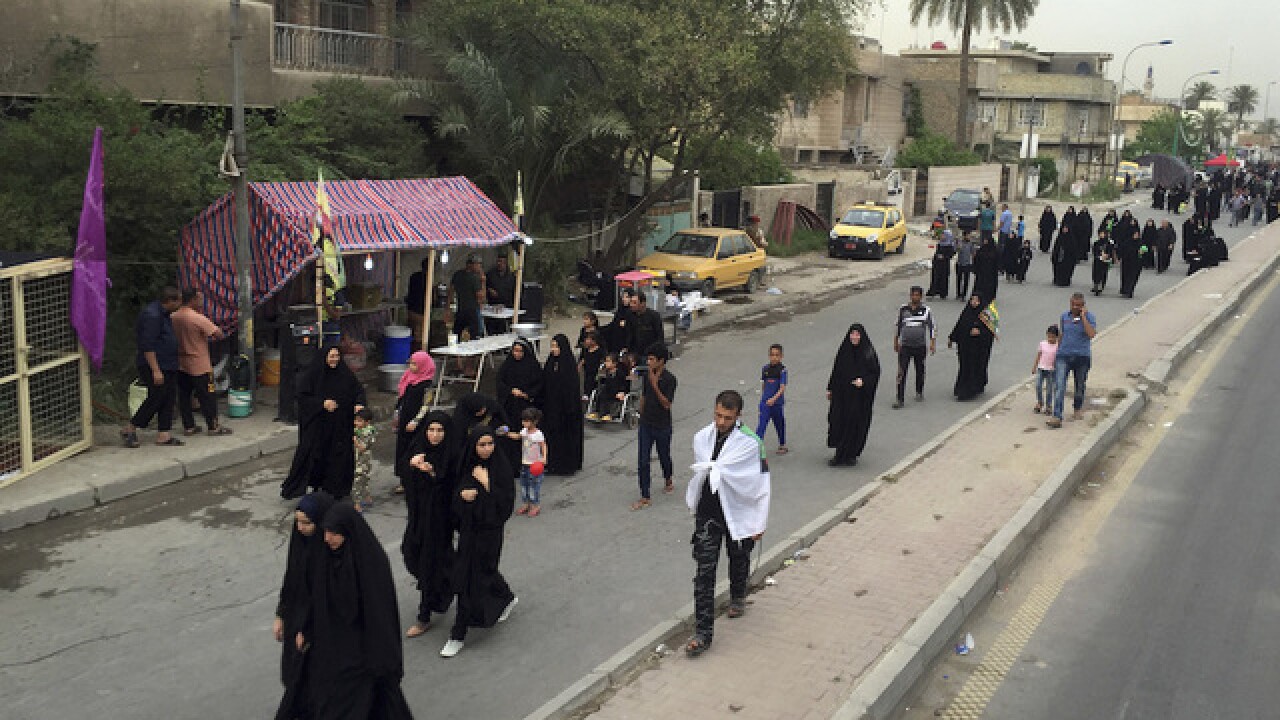 BAGHDAD (AP) — Officials say a car bombing has killed at least 13 Shiite pilgrims commemorating the death anniversary of a revered Imam in Baghdad.

A police officer says the parked explosives-laden car detonated shortly after midday in Baghdad's southwestern Saydiyah neighborhood. He added that 28 other people were wounded.

A medical official confirmed the causality figures. Both officials spoke on condition of anonymity as they were not authorized to release information.

Tens of thousands of Shiite faithful have been making their way this week to the northern Baghdad neighborhood of Kadhimiyah, where the 8th century Imam Moussa al-Kadhim is buried. Security forces have blocked major roads in Baghdad in anticipation of attacks.