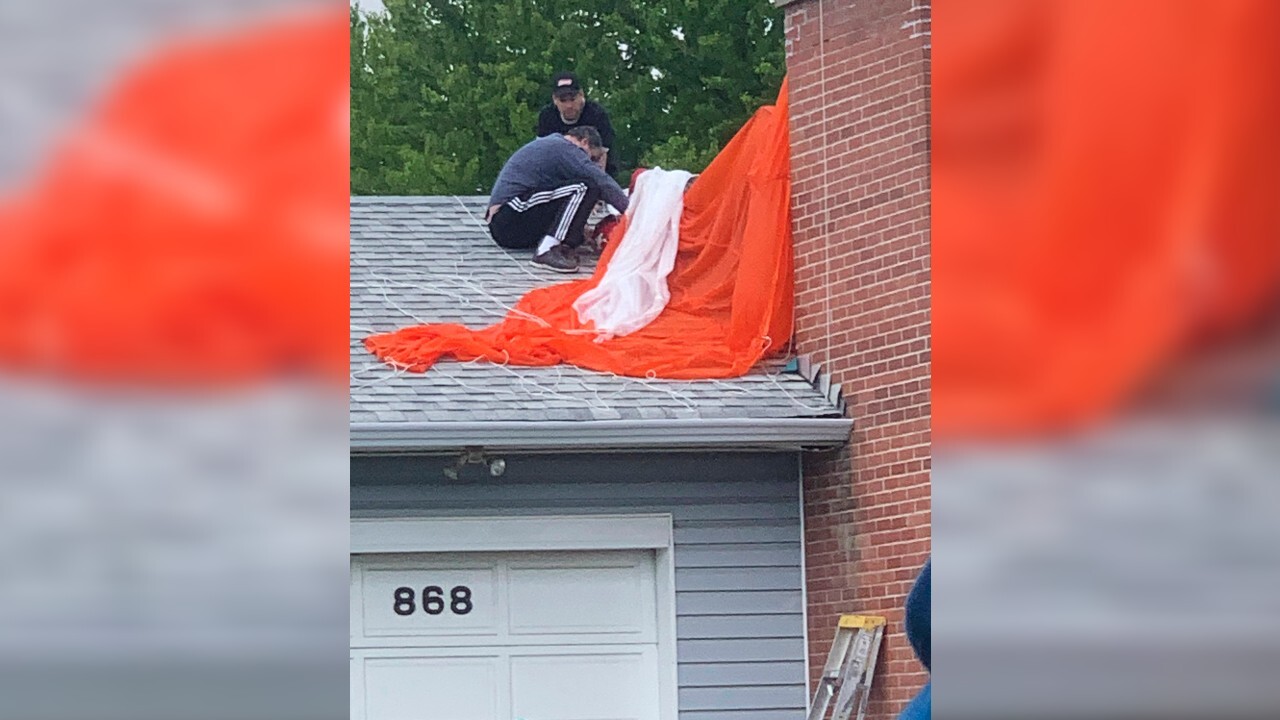 (Elwood Delaney via AP)
In this photo provided by Elwood Delaney, two residents tend to a pilot of a Canadian Forces Snowbirds airplane after a crash into the house in Kamloops, Canada, Sunday, May 17, 2020. A Canadian acrobatic jet crashed into the British Columbia neighborhood Sunday during a flyover intended to boost morale during the pandemic, killing one crew member, seriously injuring this pilot behind the parachute and setting a house on fire. 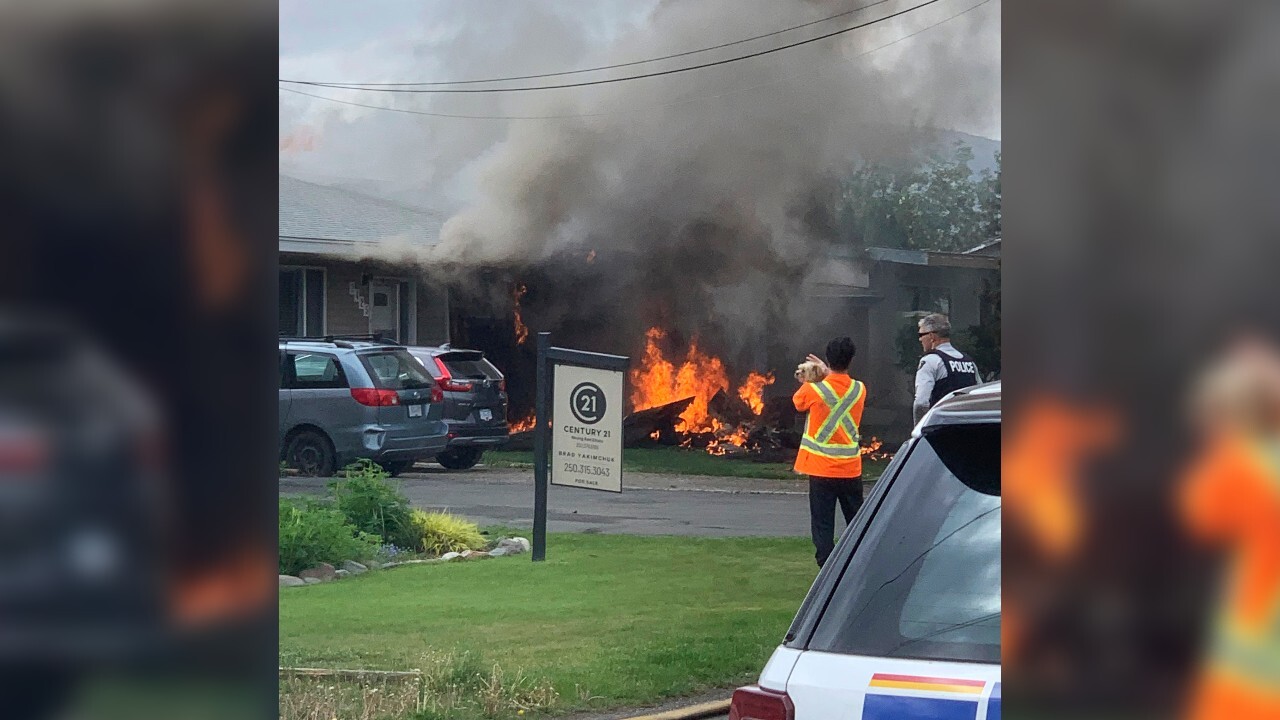 The crash killed one crew member and set a house on fire. Video appeared to show at least one person ejecting.

The Royal Canadian Air Force said in a tweet that "it is with heavy hearts that we announce that one member of the CF Snowbirds team has died, and one has sustained serious injuries.”

The Snowbirds are Canada’s equivalent of the U.S. Navy’s Blue Angels.