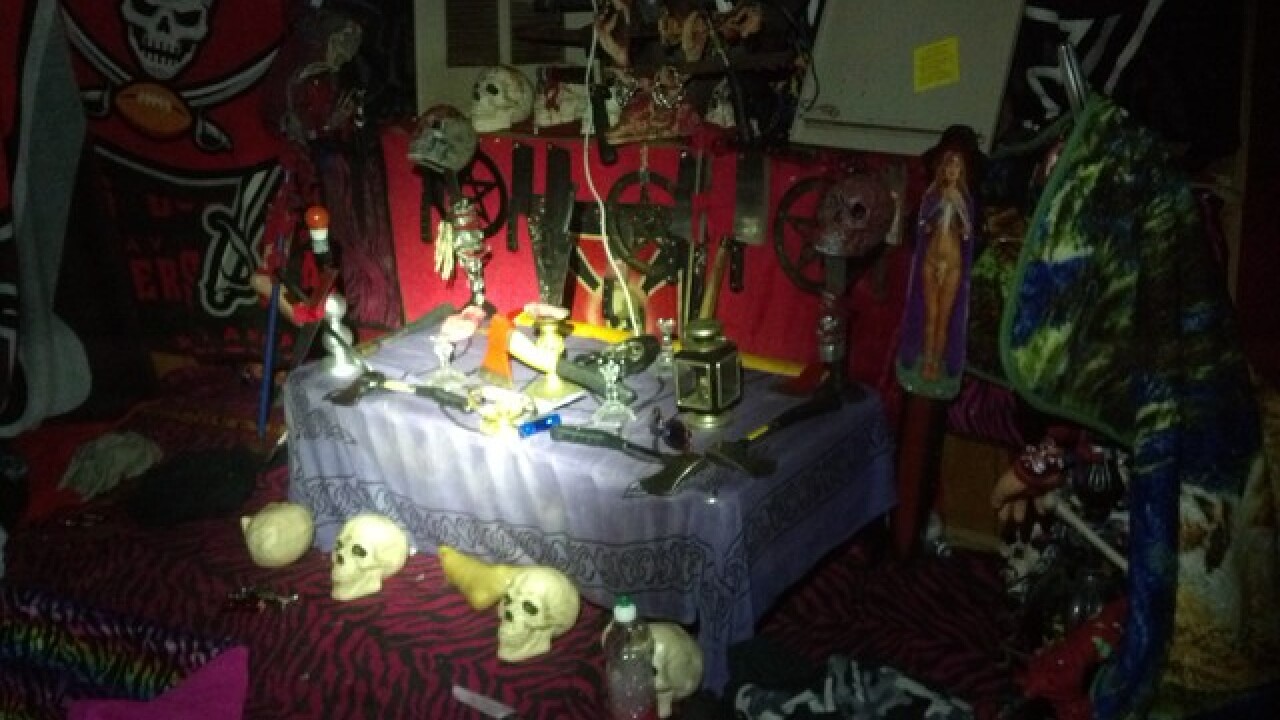 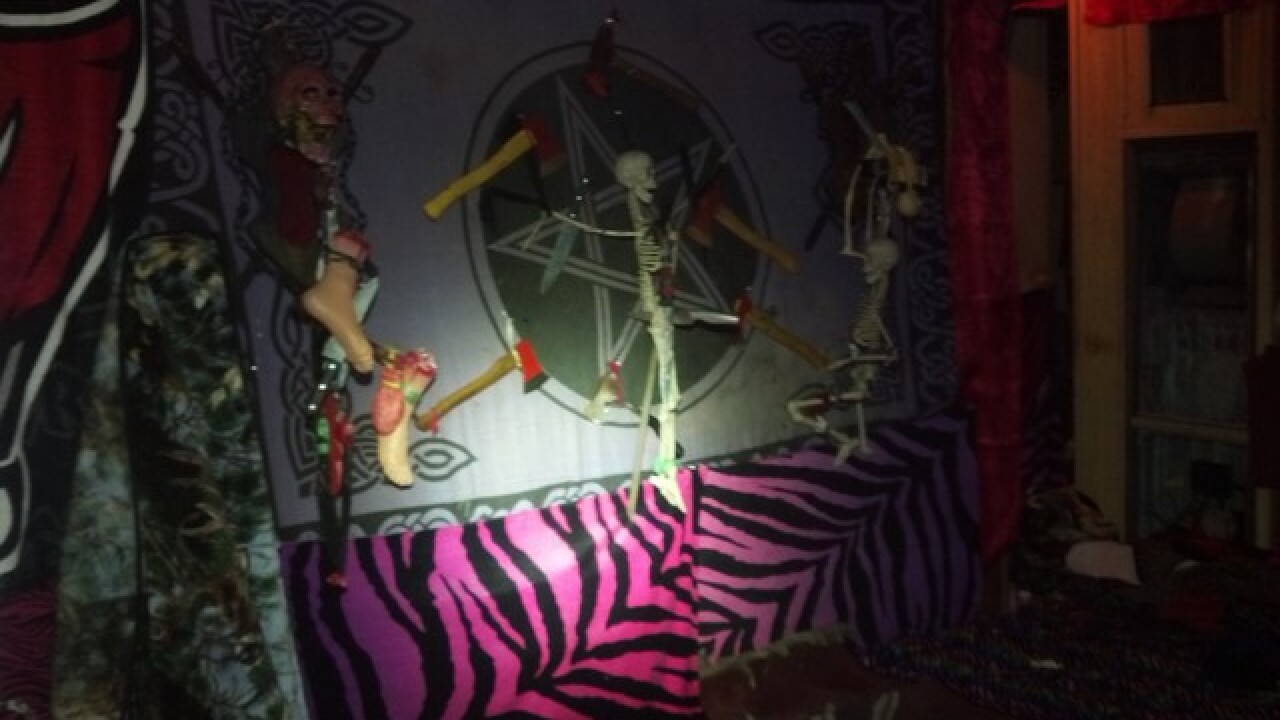 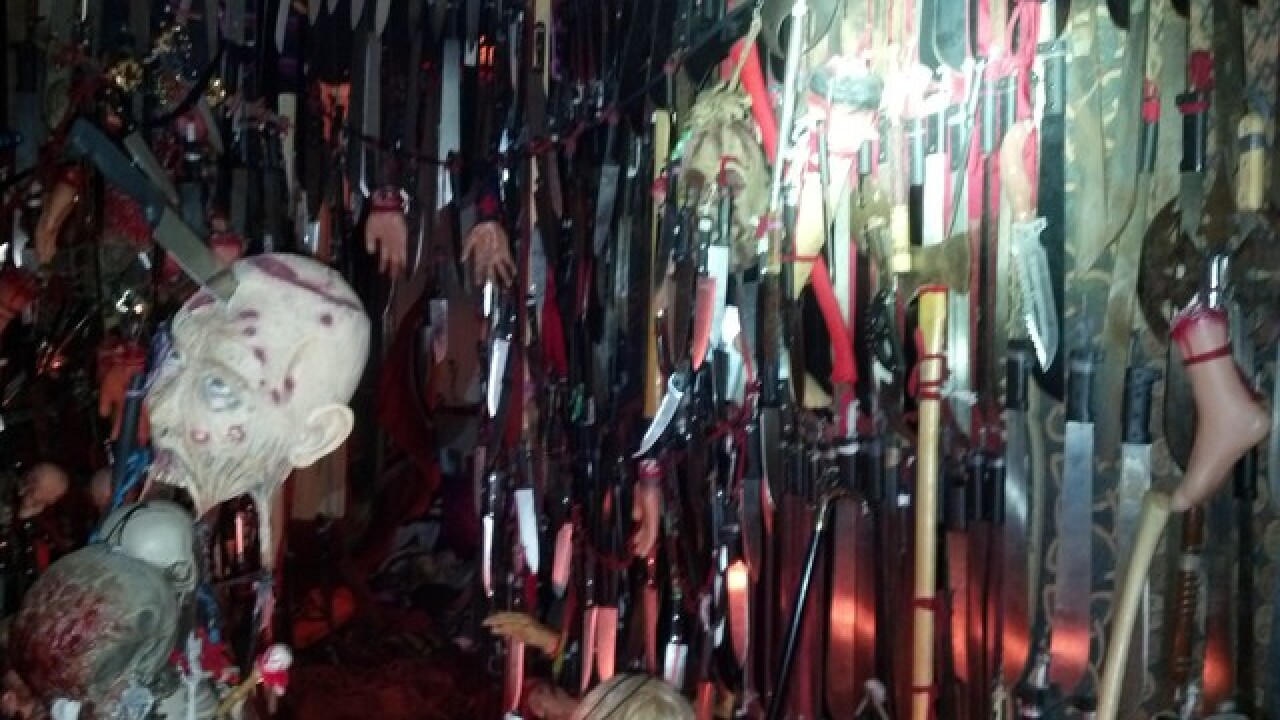 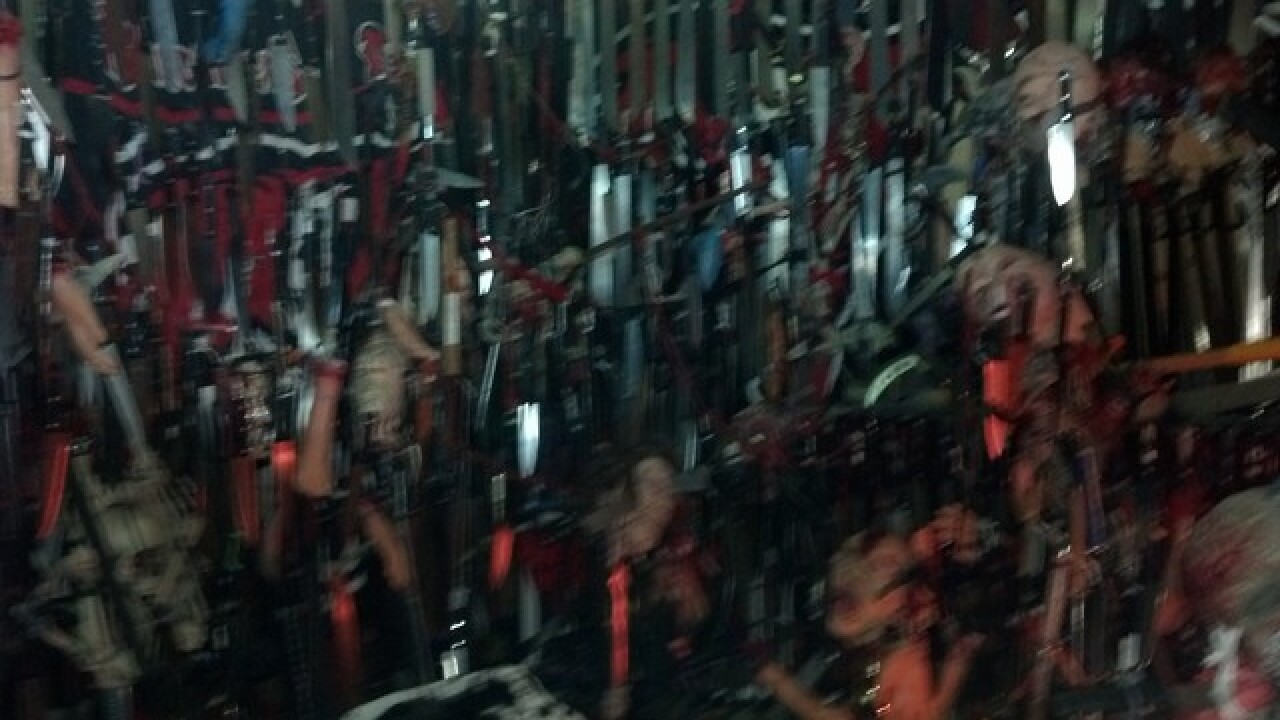 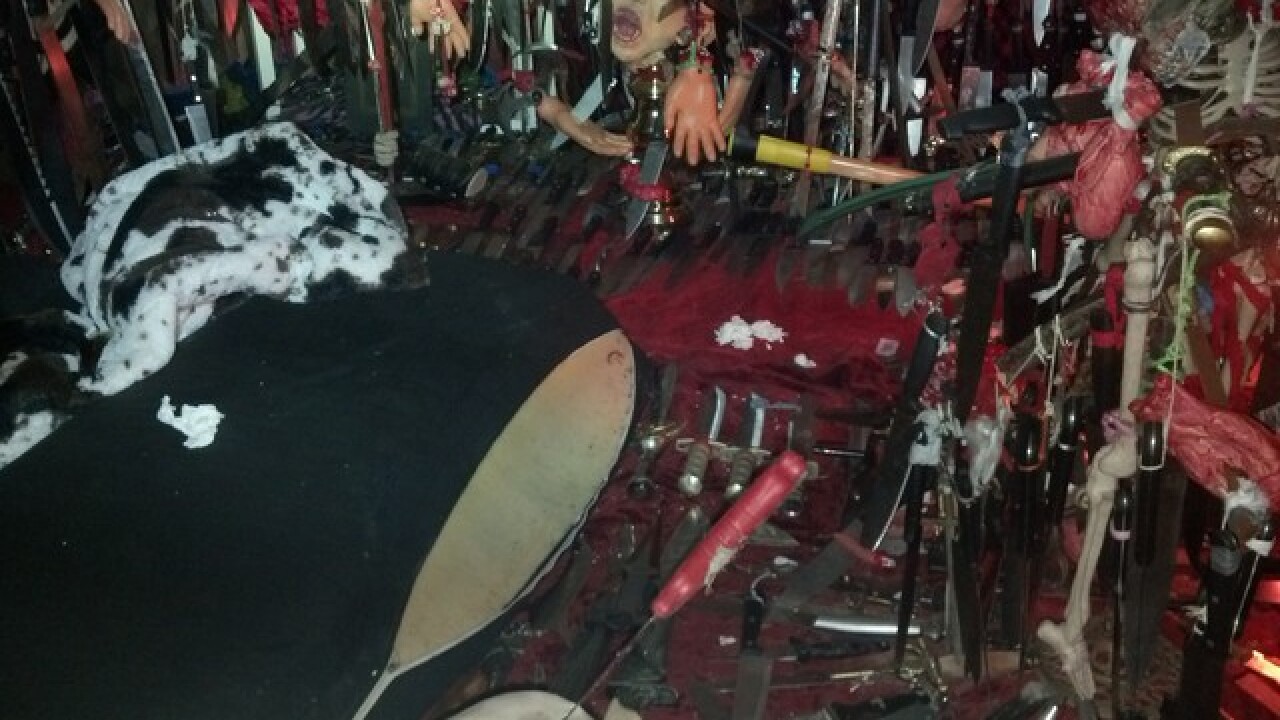 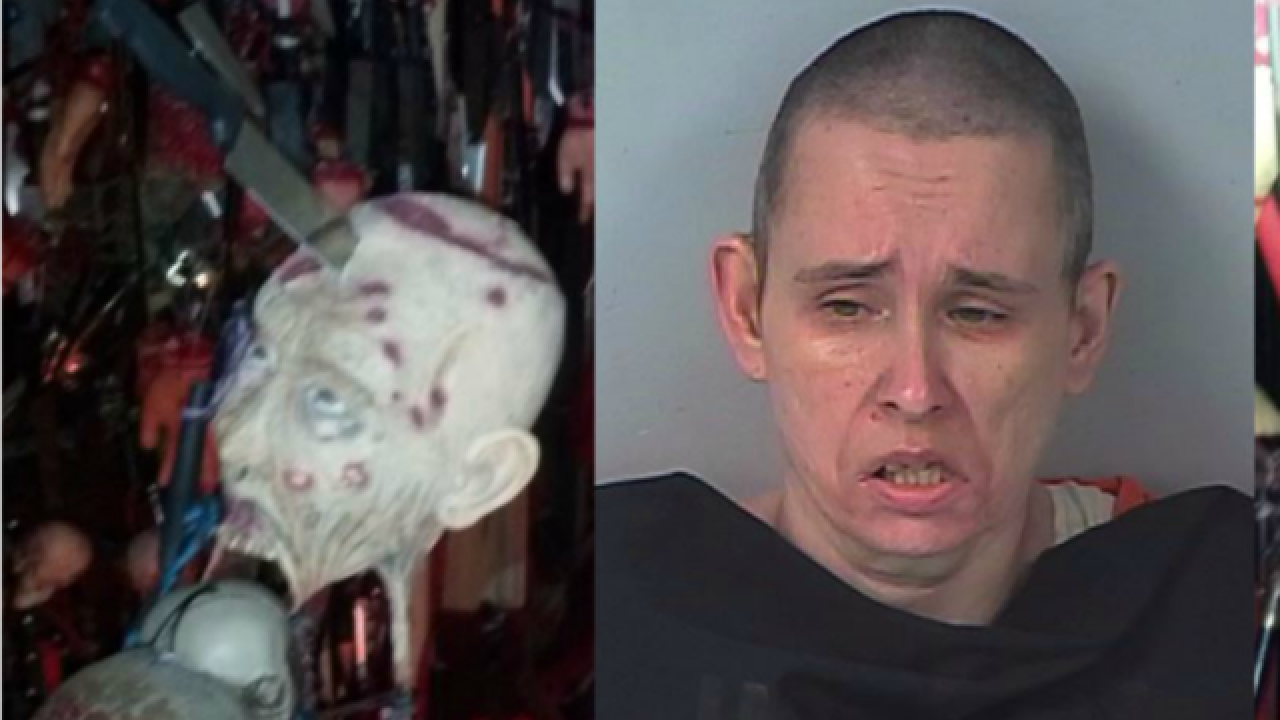 Booby traps were set up at a home in Florida which injured several deputies Wednesday as they removed thousands of weapons.

It happened as law enforcement officials in Hernando County, Florida collected evidence after a standoff with a woman armed with knives and a machete.

Forensic technicians and detectives worked throughout the day to remove 3,714 bladed weapons from the home of Nickcole Ellen Fay Dykema.

It is believed that Dykema "booby trapped" many of the bladed weapons, blankets, floors inside, and even the yard outside the residence, causing injury to personnel when dismantling and/or removing these items.

All of them were in disguise or hidden from view, but deputies believe Dykema knew they were there.