About half of teens in world experience peer violence 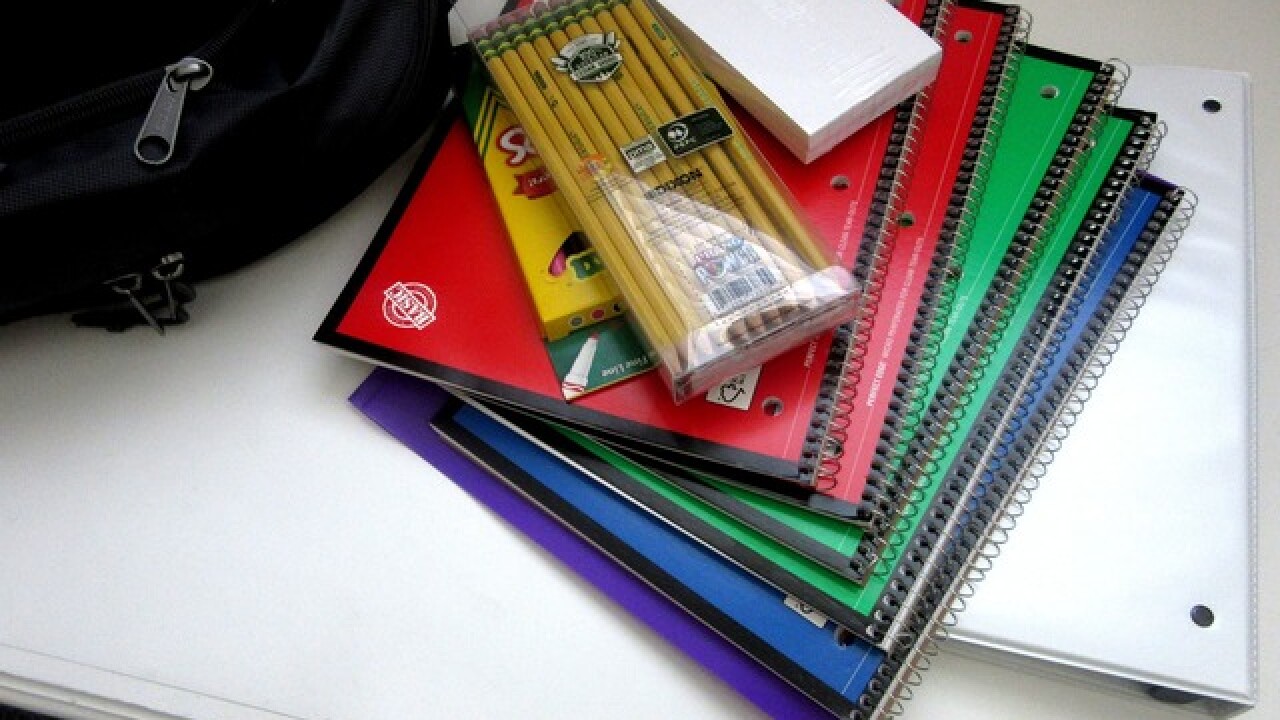 How safe are schools around the world? That's a question that a new report from the United Nations Children's Fund helps answer, and it suggests that schools could and should be much safer.

The report, released Wednesday, finds that about half of 13- to 15-year-old students worldwide -- or 150 million of them -- have said they experience violence, such as physical fights or forms of bullying, from their peers in and around school.

In addition, the report notes that students experience other forms of violence at school, such as attacks on classrooms or physical punishment by teachers.

Globally, about 720 million school-age children live in countries where they are not fully protected by law against forms of physical punishment at school, according to the report.

"Schools are not as safe as they should be, because of bullying, because of corporal punishment by teachers, because of attacks on schools," said Claudia Cappa, a senior adviser on statistics at UNICEF and a contributor to the new report.

"Schools should be a safe place for children to go and learn, but what we know from the report is that about half of teen students experience peer violence while in school on a regular basis," she said.

The report is based on data from the Health Behavior in School-aged Children cross-national study and the Global School-based Student Health Surveys. The data include 122 countries, representing 51% of the global population of children between 13 and 15.

Globally, the estimated cost of all violence against children is $7 trillion, according to the report. It also references some previously published research on school violence.

Yet the data are not all grim, and there seems to be growing awareness of the harmful health impacts that school violence can have on children and adolescents, Cappa said.

"There are more children speaking up against violence in schools and more teachers are getting trained," she said. "We have reasons to be optimistic that violence will be recognized as a problem in schools and addressed very soon."

According to the data, most countries appear to show similar rates of self-reported peer violence in schools, Cappa said.

"What is interesting is that most of the countries are exactly around this average of 50%, so it's statistically a very concentrated distribution," she said. "It's 48% in the United States of children who experience peer violence, including bullying, in or around school."

As for bullying alone, 27.8% of US students ages 12 through 18 reported being bullied at school between 2010 and 2011, according to a 2011 National Center for Education Statistics report.

Globally, slightly more than one in three students between 13 and 15 have said they experience bullying, according to the report, and about one in three has been involved in physical fights.

On the other hand, 17 million young adolescents in 39 industrialized countries have admitted bullying others at school, according to the report.

Sexual violence also can occur in schools and between peers, the report notes. For instance, in Kenya, about one in five women and men who reported experiencing sexual violence before age 18 said that the first incident was at school, according to the report.

In a survey conducted in Mexico in 2013, 7% of boys and 5% of girls in upper-secondary school said that they had experienced sexual insults from their classmates in the previous year, according to the report.

In its most extreme form, violence in and around schools -- such as in war-torn areas -- can have a significant impact on the violence that school-age children experience, according to the report, which notes that about 158 million children and adolescents between 6 and 17 live in conflict-affected areas.

Attacks against schools are one of the six grave violations frequently perpetrated in armed conflict and condemned by the United Nations Security Council, according to the report.

Last year, the United Nations verified 396 schools under attack in the Democratic Republic of Congo, 26 attacks on schools in South Sudan, 67 attacks in Syria and 20 attacks in Yemen, according to the report.

As for when violence occurs as a part of the school system, some evidence suggests that younger students are more at risk of physical punishment from teachers than adolescent students, according to the report.

"Witnessing corporal punishment by teachers sends a message to children themselves that violence is acceptable in schools, which it is not," Cappa said.

The report calls for governments around the world to develop and enforce laws that fully prohibit corporal punishment, establish effective and accessible response systems to violent acts, and provide resources to school staff members to help them address violence.

Other safety measures include ensuring that all bathrooms are separate and well-lit, using positive and child-centered approaches to discipline, and tailoring curricula to promote peace-building in schools and communities, according to the report.

"UNICEF is working with partners all over the world to implement a number of measures, with an emphasis on placing children themselves at the center of this change by supporting children to speak up against violence in schools and to learn themselves how to treat each other with kindness and respect," Cappa said.

"We are witnessing in many places around the world a bigger recognition of school violence being a problem," she said. "There are more countries introducing policies to address this issue."

Ron Avi Astor, a professor of school behavioral health at the University of Southern California, called the new UNICEF report "important" and "brave."

"They're highlighting the great needs within school settings across the world, and what I particularly liked about this report is that they're not focusing specifically only on the US, Canada and Europe," said Astor, who was not involved in the report but co-authored a book on bullying, school violence and climate that will be published in November.

"The rest of the world is not really represented in any of the policy or research literature or discussions on issues like the role of schools," he said. "More thought needs to be put into schools that are in conflict zones and war zones, and if they're being used as either a pawn or as a political tool to cause harm to teachers or children in the schools. That's something that the world should be thinking about."

Astor added that the new report could have focused more closely on how such political issues and other factors could drive violence in schools.

For instance, "there are still countries around the world that don't educate girls or miseducate girls or actually promote ideas that are harmful, not just on a political level or social level but on an interpersonal level. It would be nice down the line if there were reports that actually went into detail on that," Astor said.

"We also see worldwide that certain groups and even governments use schools for propaganda reasons -- and they actually create schools that instill hate in children towards other groups," he said.

The new report "didn't quite go there, but I think this is a good first step," he said.

Astor noted that vast migrations between countries are not mentioned in the report as possible factors behind school violence, but they too play a vital role.

"They impact strongly the schools, not only in the host countries but in the receiving countries," Astor said, adding that when refugee children enter a new school in a new community, they might experience violence due to prejudice or bullying.

"We hear about that in the field quite a bit, that it's not just about the bullying piece, it's about integrating the various cultures," he said.

"In the United States, it's a little bit more quiet, but it's there. We hear it in the discussions about building a wall," he said. "Those kinds of political comments and views and feelings, we're pretty certain, infiltrate themselves into the classroom and into schools."