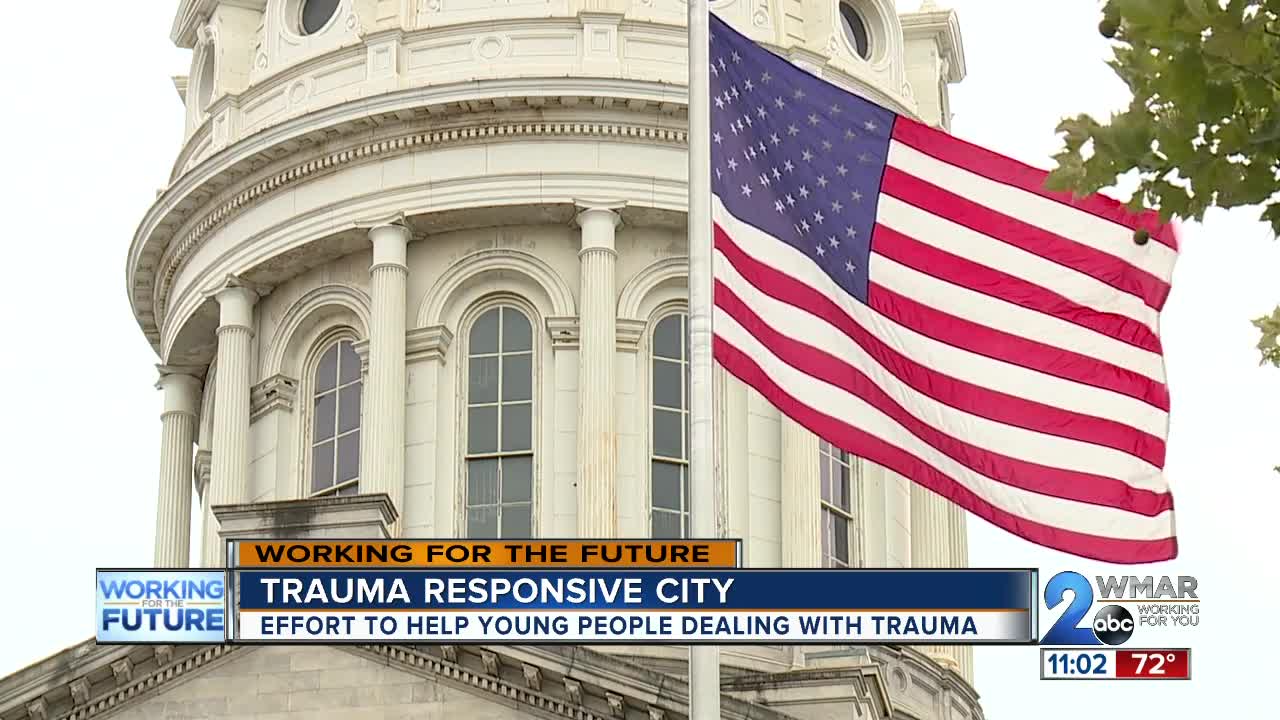 Guns and drug use are never far away for many children when they step outside in city of Baltimore.

BALTIMORE — Guns and drug use are never far away for many children when they step outside in the city of Baltimore.

According to a study from the Data Resource Center for Child and Adolescent Health, 56 percent of children in the city have lived through adverse childhood experiences at least once compared to 41 percent in the rest of the state of Maryland and 48 percent nationwide.

It's something he has been working on with young people like Frederick Douglass High School Senior Damani Thomas.

Thomas happened to be representing the student body at a meeting about school safety when the shooting happened at his school in February.

“When there’s a shooting in school, kids minds sort of get scrambled and they got out of place,” said Thomas. “They have friends and certain family members that go to that school, and they just want a future. When their lives get disrupted, they really can’t focus on anything.”

Schools are thought to be a safe haven and, in some cases, homes where parents are taken away because of drug addiction, the hurt from their environment can become overwhelming, which can lead to their own bad behavior.

Cohen used an example of a young person being kicked out of a rec center for acting up because the employees there are traumatized themselves and not trained to help.

“It can actually re-traumatize very vulnerable kids,” said Cohen. “We want to make sure that young people know that when they come to a rec center or a library or a city building that they are safe and not going to be arbitrarily thrown out.”

The bill would create a work group of city leaders and young people to collect data and set goals to stop trauma before it starts.

“Select two trauma responsive champions,” said Cohen. “These are folks from within the agency who are tasked with getting advanced training, learning how to effectively respond to trauma, and then going back to their own agencies teaching other staff. Rewriting policies and procedures with a lens toward reducing harm trauma and toxic stress.”

The bill passed first reader and all of the members of the council co-sponsored it.

It will need to pass through two more readings to become law.