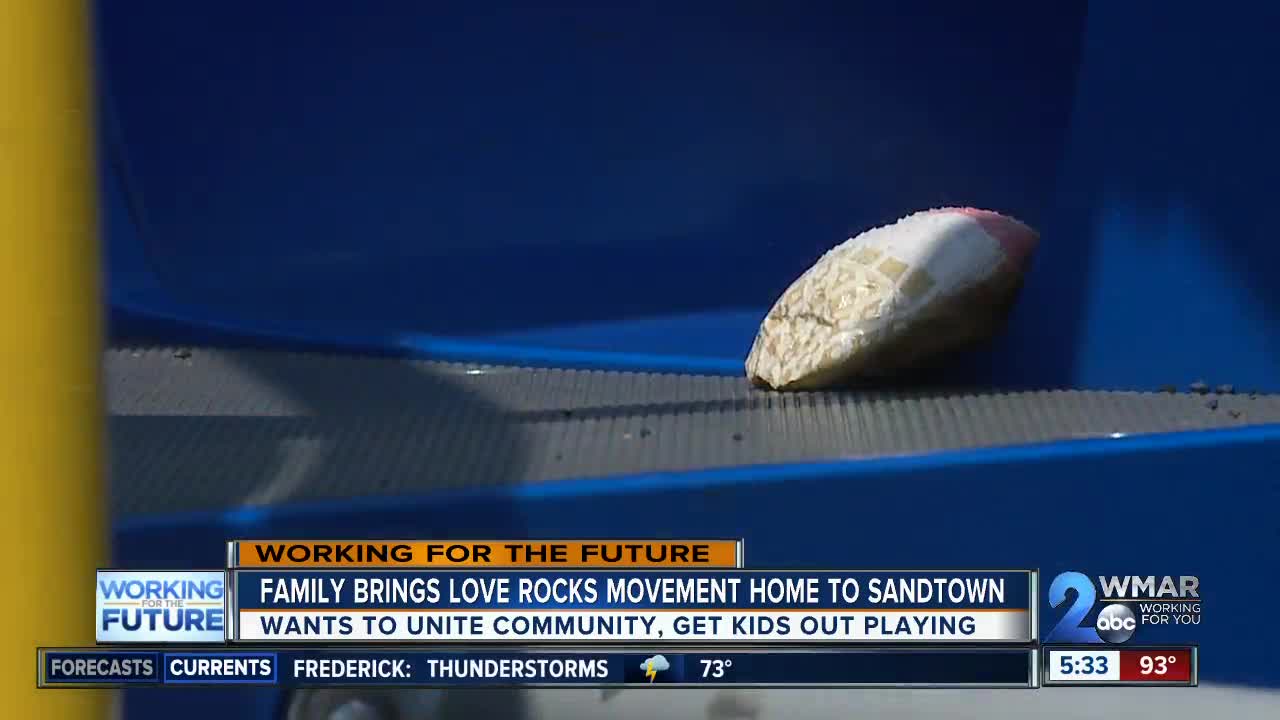 BALTIMORE — It's a national movement that's making its way around Maryland: Love Rocks.

"I get to hide them with my little brother. He's only three years old, he looks like he's having fun," said 10-year-old Khymani Bivens.

The Bivens family has been painting and hiding rocks for awhile now and always wanted to get more people involved but didn't know how.

"It was like me and my family was hiding and re-hiding our own rocks because we was the only one in the community enjoying and participating," said mom Kacey Bivens.

But then Kacey stumbled upon the Arbutus Rocks Facebook page. After seeing the national movement take off in town, she wondered if that could happen near their home in Sandtown.

"Since I've been in the neighborhood, my kids are sheltered in the house. There's really nothing out there for them to do," Kacey said. "I figured it would be a good idea to try to bring Sandtown back together as a community as far as the family, the kids."

Khymani is hopeful it will get more people out to play.

"A lot of kids, all they do is stay in the house because the neighborhood is kinda not good, so I just want them to come out and just come have fun and paint rocks," Khymani said.

Since they started the Sandtown Baltimore Rocks Facebook page yesterday, a few people have already gotten involved, including Danielle Gemmell, who drove into town just to drop off rocks.

"I hope it brings them joy and happiness and inspires them to be creative and want to do things for the community," said Gemmell.

Already Khymani is excited to head back to the Harlem Park Elementary/Middle School playground to find rocks she didn't make, get inspiration and just feel that sense of community.

"It means a lot of me," Khymani said. "I'm out here having fun instead of sitting in there, playing a video game. I'm just having fun sharing rocks with my community."

Kacey has plans to partner with the school and other local organizations to get more people involved.