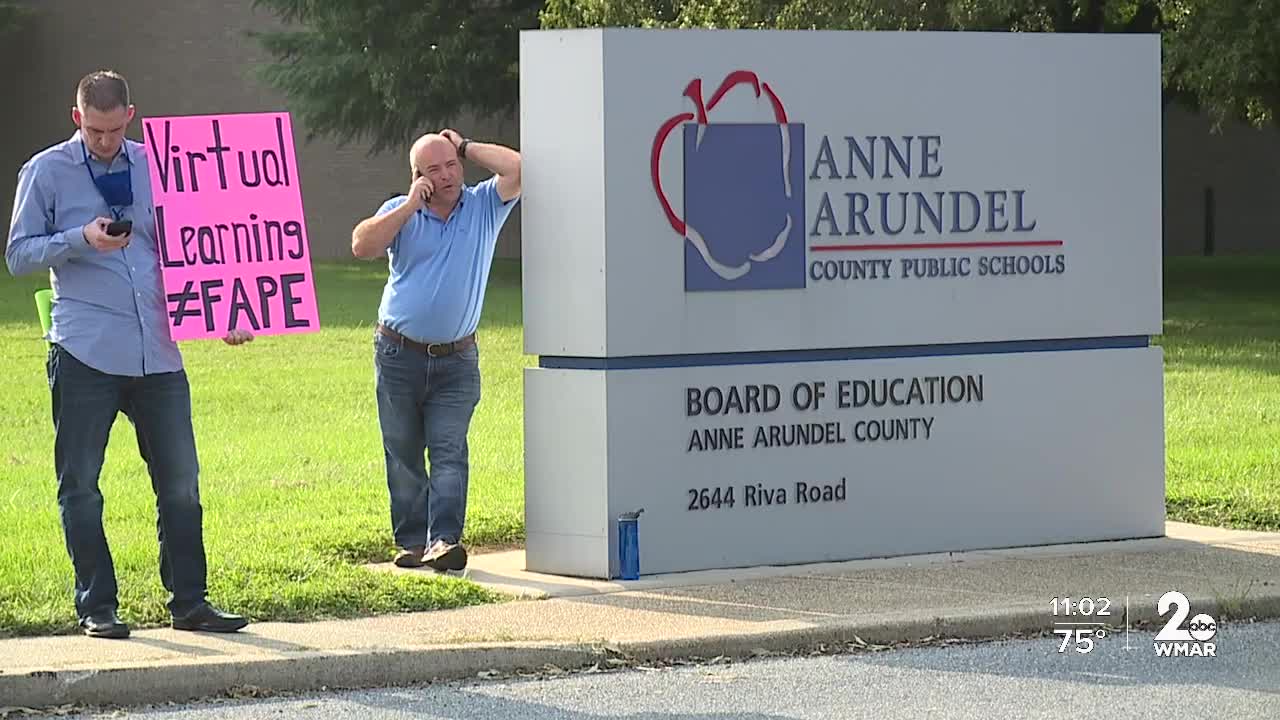 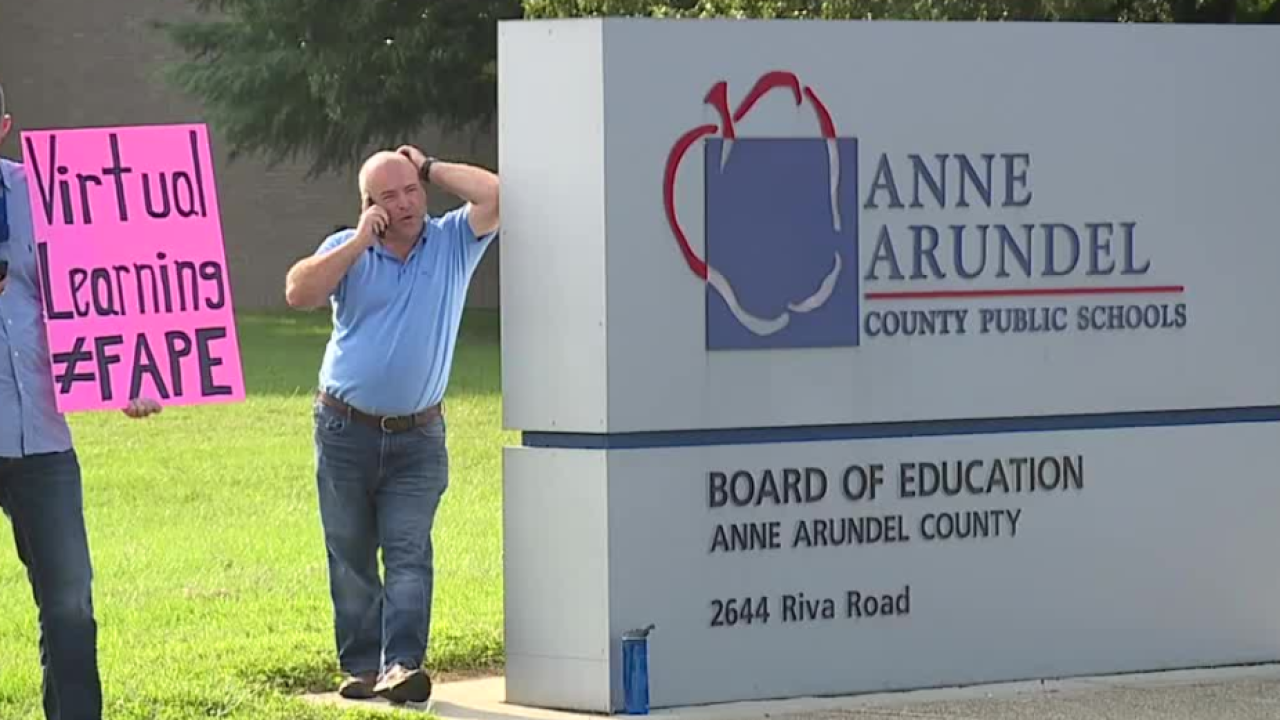 ANNAPOLIS, Md. — On the first day of the fall semester many students were at home.

“We had our first day of online learning and it wasn’t great,” Erin Fultz, a mother of two said. “Computer learning just doesn’t work for this age. I have to work I’m a nurse.”

Anne Rutherford, the Chair of the Republican Central Committee of Anne Arundel County said children should be allowed back because the virus doesn’t affect them as much as adults.

“One of our speakers tonight has had coronavirus and he talks about it being a bad cold,” Rutherford said. “I know two people who say it’s just like a bad cold. It is like the flu, and we certainly don’t shut school down because of the flu.”

Experts say Covid-19 is deadlier than the flu.

It's also more contagious, which is one of the reasons some districts decided to stay virtual for now.

Adam Wyndham is the father of a student with special needs.

He says that he’s considering pulling his daughter out of school.

“Our children especially my daughter, she needs that in person instruction that support those services,” Wyndham said. “In school that can’t be replaced in a virtual environment she needs hand on hand. She needs that constant direct adult support to model her eye communication device and hopefully teach her how to walk.”

A lot of these parents and students say schools weren’t prepared to go online for the end of last year and still aren’t now.

Governor Larry Hogan recently suggested that all Maryland School districts reopen because of a drop-in positivity rate in key metrics.

Kennedy Hall, a senior at Annapolis High stopped by the rally to say that she didn’t feel ready to head back.

“Especially if we had all the kids back at the same time cases would spread like crazy,” Hall said.” I watched some of my friends catch it in the beginning of quarantine and I think it’s too serious to risk it right now.”

Virtual class continues for now as some hope to return soon.