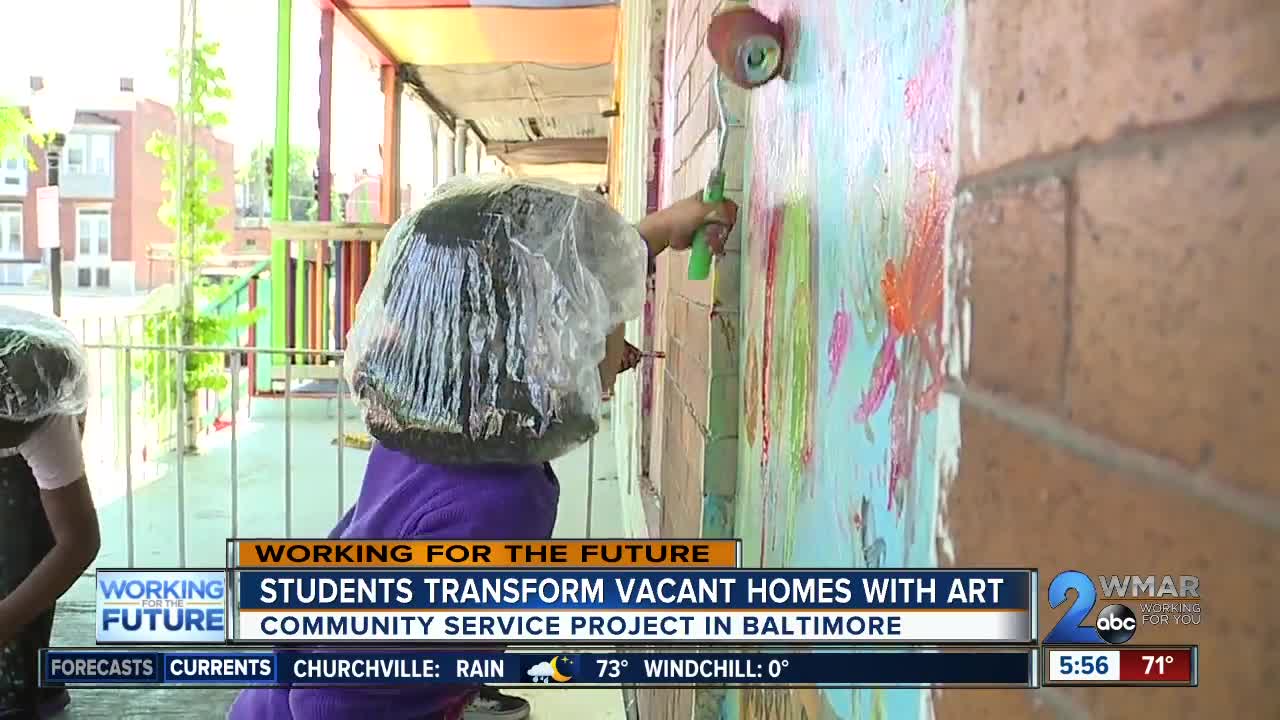 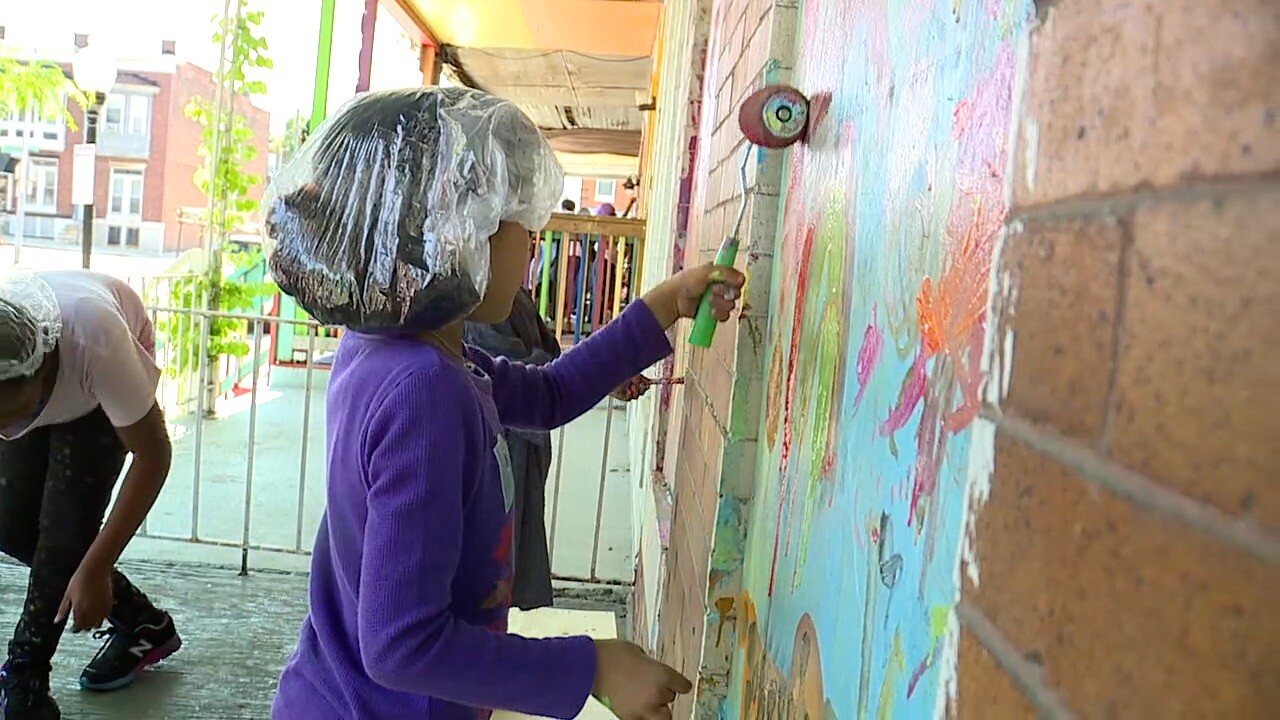 BALTIMORE (WMAR) — Kindergartners are taking the future of Baltimore into their own hands. Thursday, armed with paint and brushes, they made vacant rowhomes their canvases.

"We are painting vacant rowhomes," said 6-year-old Atiyanna. "Because they don't look good."

The idea for that community service project started in Kathleen Sayers' kindergarten class. She asked what improvements they wanted to see in their neighborhood.

"They wanted to fix up the houses so homeless people could live there," said Sayers.

They did their research, talking with a councilman and other city official and realized that just wasn't feasible, so they decided to beautify them instead.

"We wanna help other people live in abandoned houses and make them pretty," said 6-year-old Markell.

Soon, kids from other grades at Mary Ann Winterling Elementary School wanted to join in.

"We want to make everyone smile," said 6-year-old Jacey. "We wanna make people happy and have houses."

With the help of other teachers, volunteers and councilman John Bullock, they made their mark.

"Clearly we have a lot of challenges in the city, not only in this environment but the political environment that's occurring right now but they are really the future of this city," said Bullock.

"Things like this really empower them to realize that even though they are small, they can make a difference," said Sayers. "As they get older to realize if I see something in my community, in my city that isn't going the way I want to, I can change that."

Not only did the kids do the heavy lifting Thursday but the kindergartners actually wrote interview questions for the councilman and another city official while they were deciding what project they could undertake. They also wrote letters asking for paint supply donations and did calculations to find the amount of vacant homes in the area.