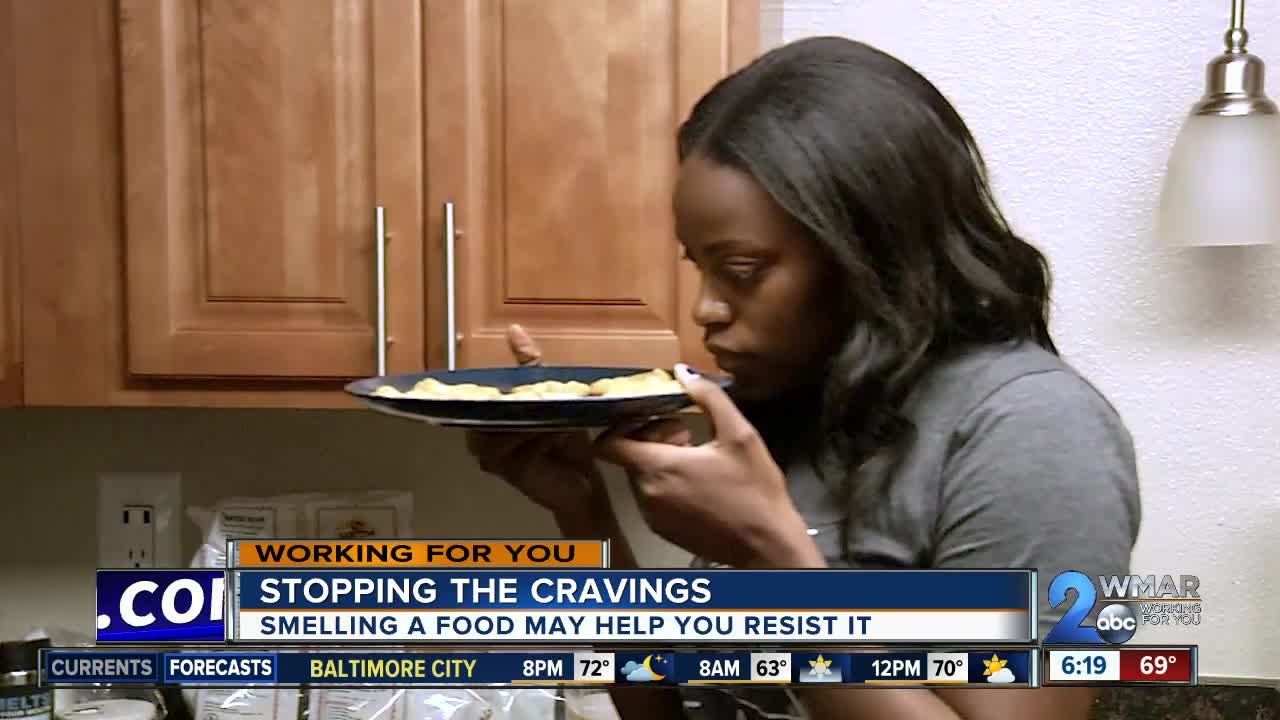 If you give in, these cravings can ruin your healthy eating plans. But there are some simple ways to stop the bad habits.

Now, a new study by the University of South Florida shows there might be a simple way to resist your temptations.

Researchers found simply smelling a food may do the trick. They exposed participants to the scents of both healthy and unhealthy foods.

Results showed when people smelled unhealthy foods like cookies or pizza for less than 30 seconds; they were more likely to want those items. But when they were exposed for longer than two minutes, they didn’t find the cookie or pizza desirable. They instead chose to eat strawberries or apples.

Drink a large glass of water and then wait a few minutes. Thirst is often mistaken for hunger. According to Healthline, eating a high-protein breakfast can reduce cravings throughout the day.

And taking a spinach extract supplement with a meal may reduce appetite and cravings for several hours, with ways to avoid the foods that are weighing you down.

Researchers believe that smelling the scent of a certain food helps satisfy a craving because your brain doesn’t differentiate between the source of the sensory pleasure.