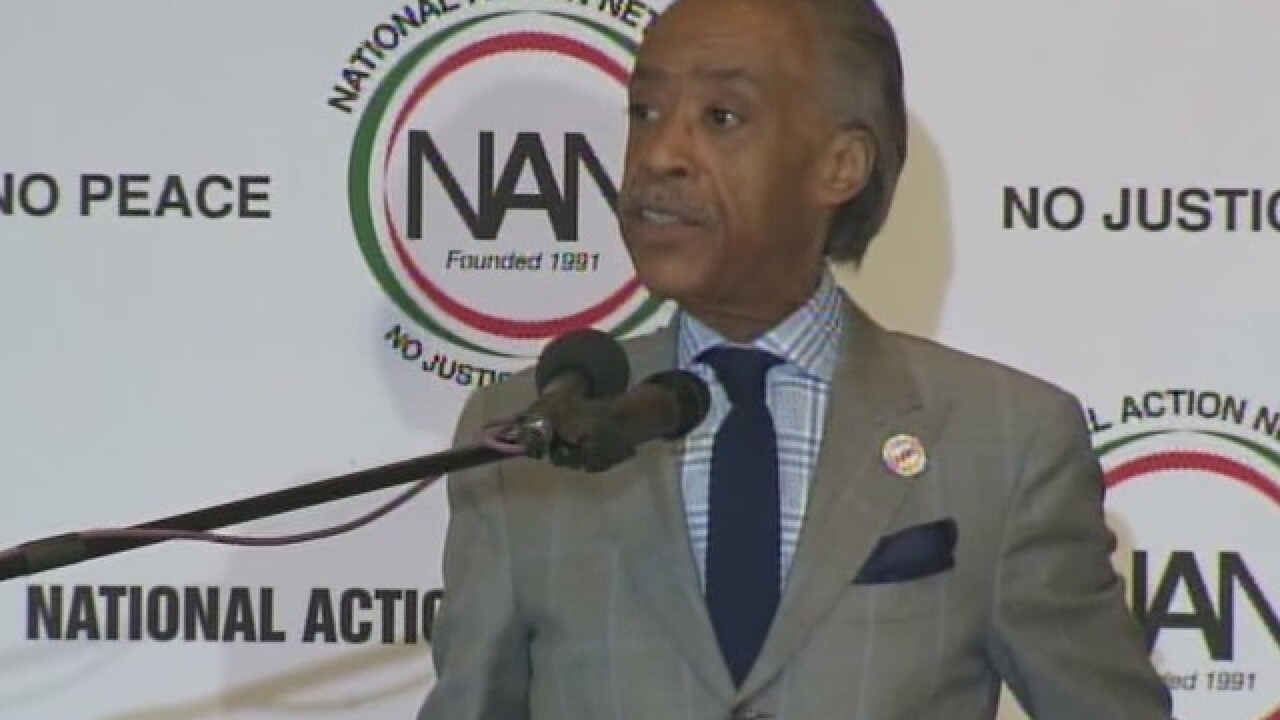 Rev. Al Sharpton said a broken criminal justice system is responsible for Meek Mill's imprisonment and called Monday for the judge who sentenced the rapper to reconsider or step aside.

Sharpton said he met with the 30-year-old musician in a Pennsylvania prison and told reporters outside the facility that Mill has become a symbol for the thousands of people who have been "victimized by abusive probationary and parole systems."

"He's representative of many people in institutions like this that do little or nothing, they're violated and their lives, their businesses are ruined," Sharpton said.

Mill was sentenced this month to two to four years in prison for violating probation on a roughly decade-old gun and drug case.

The ruling came after both Mill's probation officer and a prosecutor recommended that the Philadelphia-native not be jailed.

Before sentencing Mill, Common Pleas Judge Genece Brinkley said he wasted several chances to clean up his act after his original conviction.

She cited a failed drug test, his failure to comply with a court order restricting his travel and two unrelated arrests before giving her ruling.

"You basically thumbed your nose at me," she said.

The decision to imprison Mill has been criticized as heavy handed and has attracted attention through rallies, newspaper opinion pieces, billboards and buses in Philadelphia carrying the message "Stand With Meek Mill."

Mill's legal team has asked for his release and for the judge who sentenced him to be recused from the case.