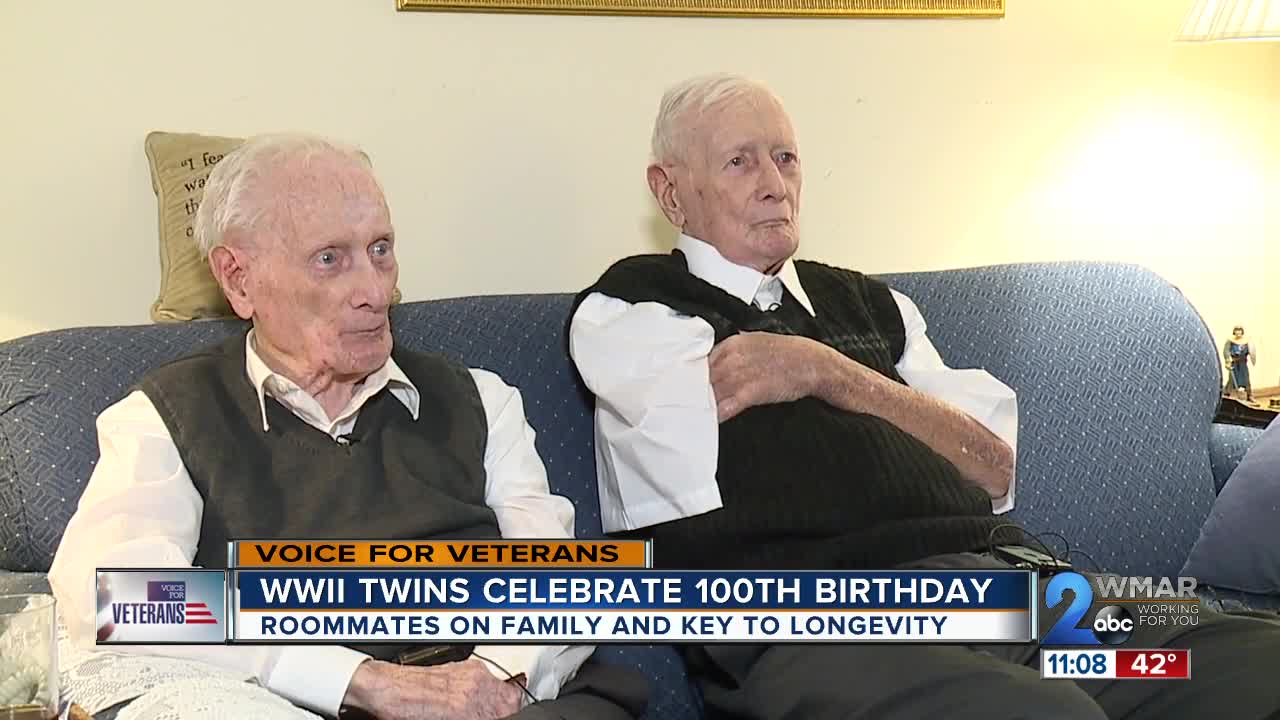 Twin brothers James and George Martin have seen a lot since they came into the world together on November 15, 1919.

BALTIMORE — Twin brothers James and George Martin have seen a lot since they came into the world together on November 15, 1919.

Baltimore has always been home, but serving in WWII took them all over the world.

“I’m a merchant seaman, I’ve been to the pyramids, the Eiffel Tower and every place,” James said. “I’ve sailed around the world twice.”

They've collected hundreds of stories-- and George lost an arm. Good luck trying to tell him that it's slowed him down.

“I don’t need two arms I can do everything,” George said.

James wasn’t on the air boat when it happened, but who better to tell George’s story than his right hand man.

“When people crashed jumping out of airplanes he would go out and rescue them,” James said. “A guy stood up and when a guy stood up it threw the boat off and he went back against the propeller and lost his arm.”

George lost an arm but gained a soul mate.

The nurse taking care of him turned into the mother of his five children.

“I looked at her she looked at me and that was it,” George said.

James has maintained his bachelor status for a century.

“I stayed single because I could run faster.”

George's daughter Joan Pleiman still gets a chuckle when she asks dad how he's feeling.

“He always says with one hand.”

Building is in their blood--their father a Baltimore automobile mogul. They still have the model planes from when they were kids.

“They were part of the junior bird man of America flight squad,” Pleiman.

“Before most men were helping were helping in the home he would help with cooking and she worked at night as a nurse,” said Pleman. “He would be there to babysit and just take care of us all. Uncle Jim if you needed help that’s who you would call.”

Their key to longevity--never drink or smoke and keep an open mind.

“I never found anything I couldn’t do,” said George.

The big party is Saturday-- they are expecting--you guessed it around 100 people.

They are already looking forward to 101 and eventually breaking the record for the oldest living twins at 106 years old.