Veterans, families of the fallen work to develop character in next generation through partnership 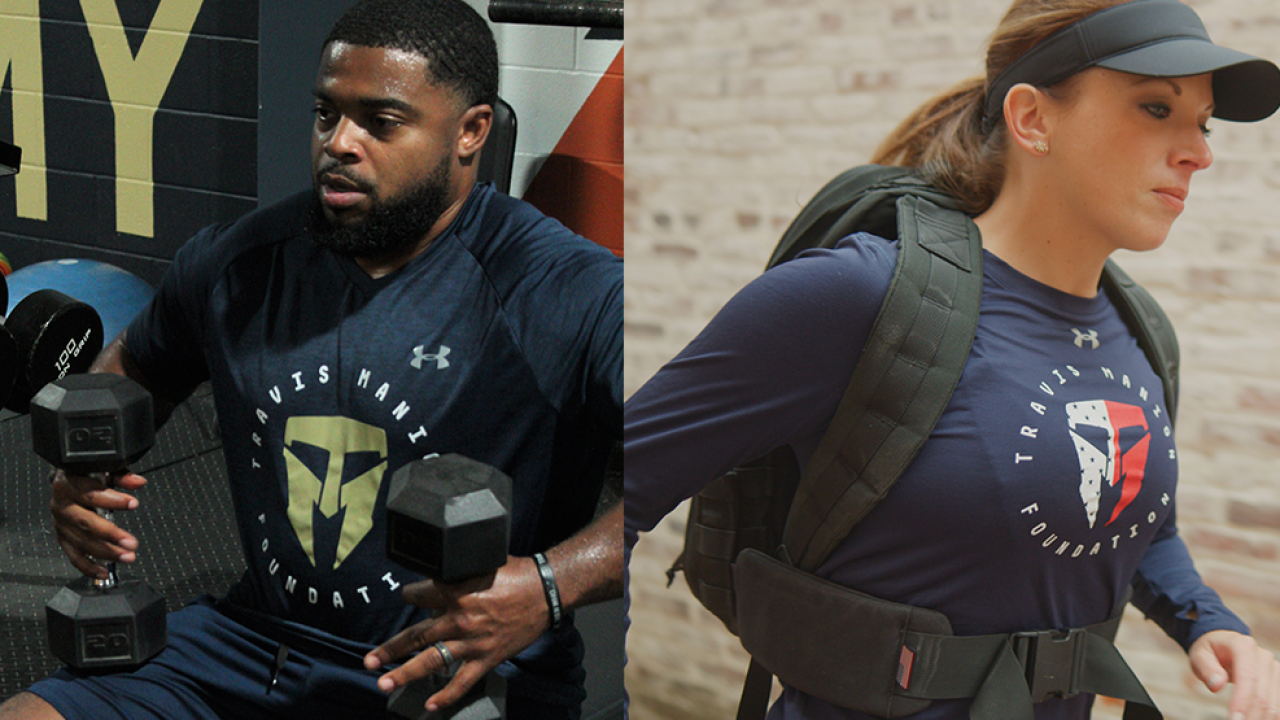 BALTIMORE — The Travis Manion Foundation (TMF) has expanded their partnership with Under Armour and their UA Freedom initiative.

It's to provide support for veterans and families of the fallen to develop and lead the next generation of leaders through TMF’s Character Does Matter Program.

Under Armour has made a multi-year commitment to be the exclusive Athletic Apparel Sponsor for TMF and the exclusive National Presenting Sponsor of Travis Manion Foundation’s Character Does Matter Program.

With the expanded partnership through the UA Freedom initiative, the brand will not only partner veteran teammates with the organization but will also provide funding that will enable TMF to expand their services to veterans nationwide.

The Character Does Matter Program addresses two major issues: First, more than 55 percent of veterans say they feel disconnected from civilian life. Second, more than one in three young adults (16 million) have never had a positive role model or mentor.

Through this program, veterans are provided with a redefined role in their community and the platform to engage youth in the essential discussion of character and servant leadership.

This process benefits veterans, the youth, and the nation.

“The expansion of this partnership between UA Freedom and TMF will ensure that so many more veterans and families of the fallen feel a sense of purpose by providing them a platform to continue their service, and will give future generations a positive role model who will show them what it means to live a life of character,” said Ryan Manion, TMF President.

The relationship between TMF and Under Armour dates back to 2017, but the extension of this partnership, in particular, will allow even greater impact nationwide.

Two examples of how the partnership can impact veterans and families of the fallen are Earl Lundy and Theresa Jones, who serve as Character Does Matter Mentors for TMF.

In Afghanistan on March 3, 2008, Lundy found himself covered in bricks, mortar, and dust. He had just 2 weeks left in his deployment and was looking forward to returning home to friends and family, when an IED explosion caused a house to collapse with him inside. He was working under rubble, all the time clinging to his faith as well as his trust in his fellow soldiers. After more than 4 hours, his teammates discovered his whereabouts and helped pull him to safety. Finally, out from under the collapsed building, the toughest journey Earl would undertake had just begun.

Throughout his recovery, Earl’s prognosis ran the gamut—from never running or being active again to potential amputation. However, through courage, determination, and unyielding faith, he persevered. Earl is proud to be physically recovered, mentally strong, and a fierce and inspiring mentor to others. He now works as a fitness instructor in Houston, TX, and volunteers as a Veteran Mentor for Travis Manion Foundation, where he mentors the next generation of leaders on what it means to live a life of high character and to be of service in their own community.

Theresa Jones exemplifies adversity and what it means to overcome grief. On September 27, 2013 her husband, Lieutenant Commander Landon Jones was on deployment when his helicopter crashed in the Red Sea a few weeks before he was scheduled to return home. Just months prior, Theresa and Landon’s second son, Hunter, was born but he would never have the chance to meet his father. Their oldest son, Anthony, adored his father, and was only 6 years old at the time.

Theresa admits she lost her identity and struggled with how to move forward. Despite the adversity, Theresa was determined to not allow her family to take on a victim mentality, and she brought her sons with her to volunteer projects with Travis Manion Foundation. Theresa credits TMF with giving her and her boys countless opportunities to serve with veterans and other military families as a way to honor Landon’s legacy, and keep his memory alive. Theresa shares the story of her husband’s sacrifice and how she used that tragedy to find a new purpose as a Character Does Matter mentor out of TMF’s Coronado, CA chapter.

Travis Manion Foundation’s Character Does Matter Program, powered by Under Armour, will expand the engagement for veterans and families of the fallen across the country.

In turn, more than 50,000 young adults will experience this message each year. Additional information about the partnership can be found here.