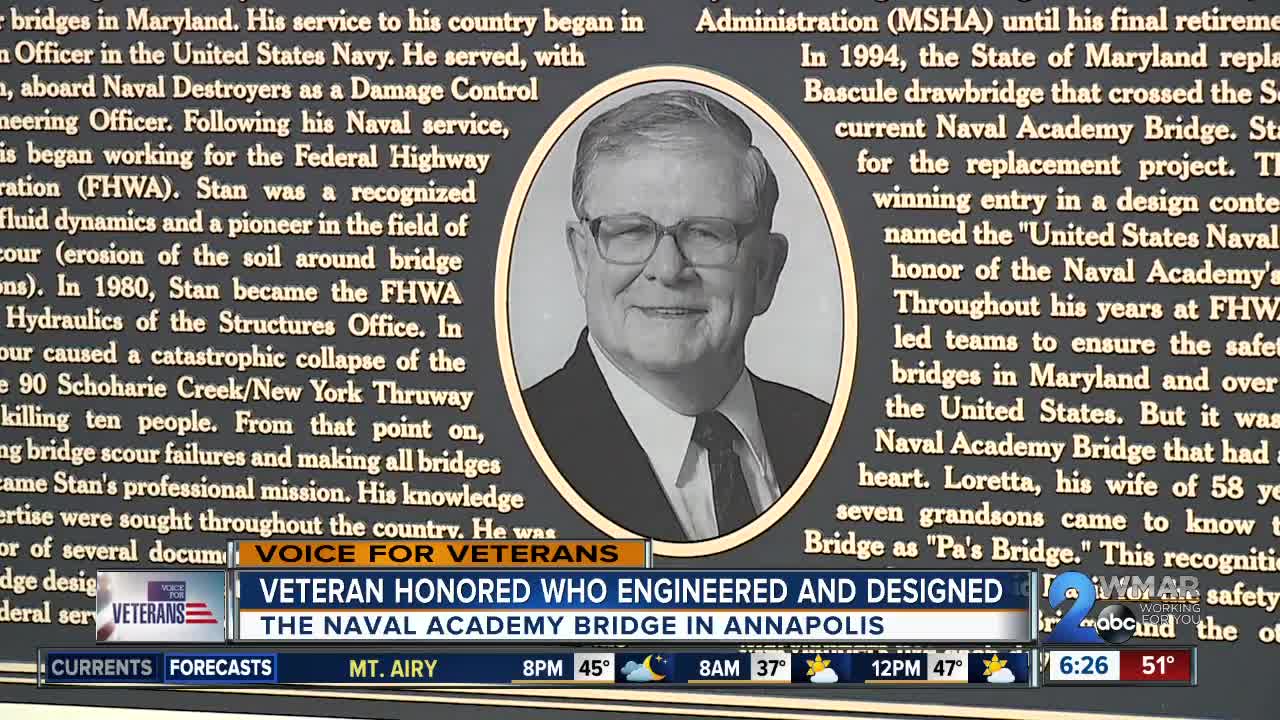 If you've driven into Annapolis on the Naval Academy Bridge, it's one of the prettiest sites in Maryland.

ANNAPOLIS — If you've driven into Annapolis on the Naval Academy Bridge, it's one of the prettiest sites in Maryland.

On Thursday, they honored the man responsible for engineering and designing the bridge.

Stan Davis served as a naval officer and then turned his efforts into building and repairing bridges. He now has a plaque at the base of the bridge in the Jonas Green Park.

"It's an amazing recognition. He was involved with the design of the bridge, he was apart of that process. Now every time we go over it we recognize it as "Pa's bridge". It's just a part of his legacy."

Davis' legacy is not only in Annapolis, he helped design hundreds of other bridges around the nation.