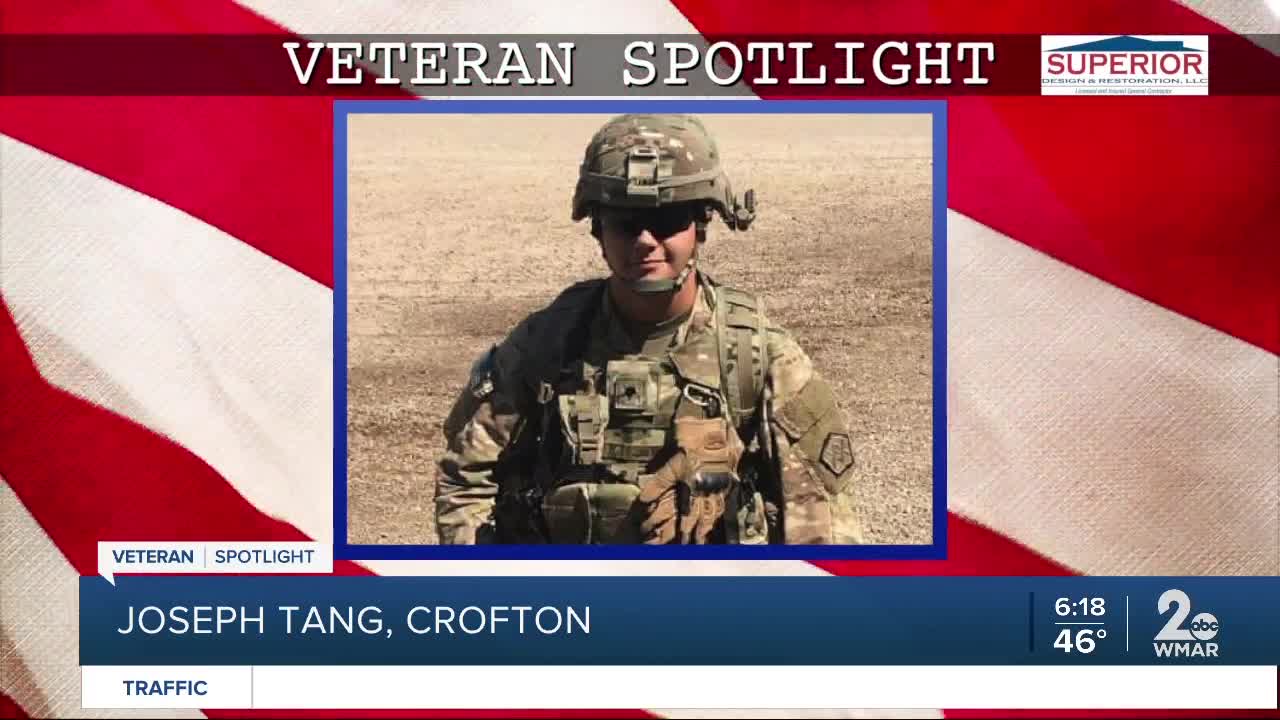 CROFTON, Md. — WMAR-2 News is committed to improving the lives of Veterans in Maryland by shining a light on their stories, struggles and triumphs. Every week a local veteran will be featured in our Veteran Spotlight contest.

This week's nominee is Joseph Tang of Crofton, who enlisted in the Army during his junior year of high school.

Tang was stationed in Kuwait and later became a Border Patrol Agent in Texas. He loved his job, but had to give it up after being seriously injured in a horseback riding accident. Dark days followed, but he found strength from fellow veterans.

Just last week, he ran and walked from his home, in Crofton, to Annapolis, all while carrying a 22 pound ruck sack. It was a 22 kilometer trek to raise awareness about PTSD and suicides among veterans, which claim an average of 22 lives everyday.

We salute you, Joseph Tang and we admire your strength and appreciate your service.