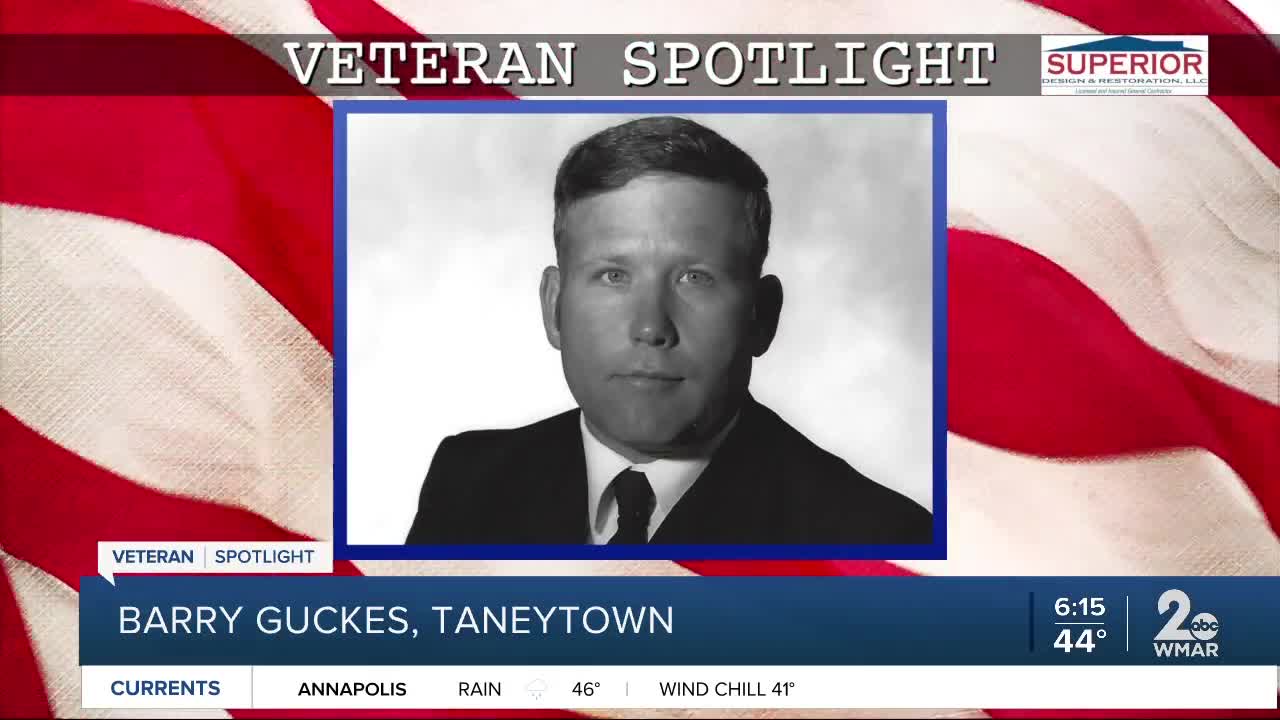 TANEYTOWN, Md. — WMAR-2 News is committed to improving the lives of Veterans in Maryland by shining a light on their stories, struggles and triumphs. Every week a local veteran will be featured in our Veteran Spotlight contest.

This week's nominee is Barry Guckes of Taneytown.

Guckes proudly served the United States Army and Navy for 21 years. While serving in the Navy, he was involved in a shipboard accident that almost cost him his leg. After years of rehabilitation, Guckes reported back to duty and went on to serve in both Gulf Wars and numerous combat patrols in the Middle East.

He retired as a Chief Petty Officer in 1997 and went on to work at the National Security Agency for over 20 years.

Guckes is now the President of his Homeowner's Association and is also a member of the Taneytown Planning Commission. He's also actively involved with the International Brotherhood of Real Bearded Santas.

His wife, Kimberly, says he epitomizes the definition of a proud American and together they share three children and are proud grandparents to India, Robert and Blake.

All of us at WMAR-2 News would like to thank you for your service.