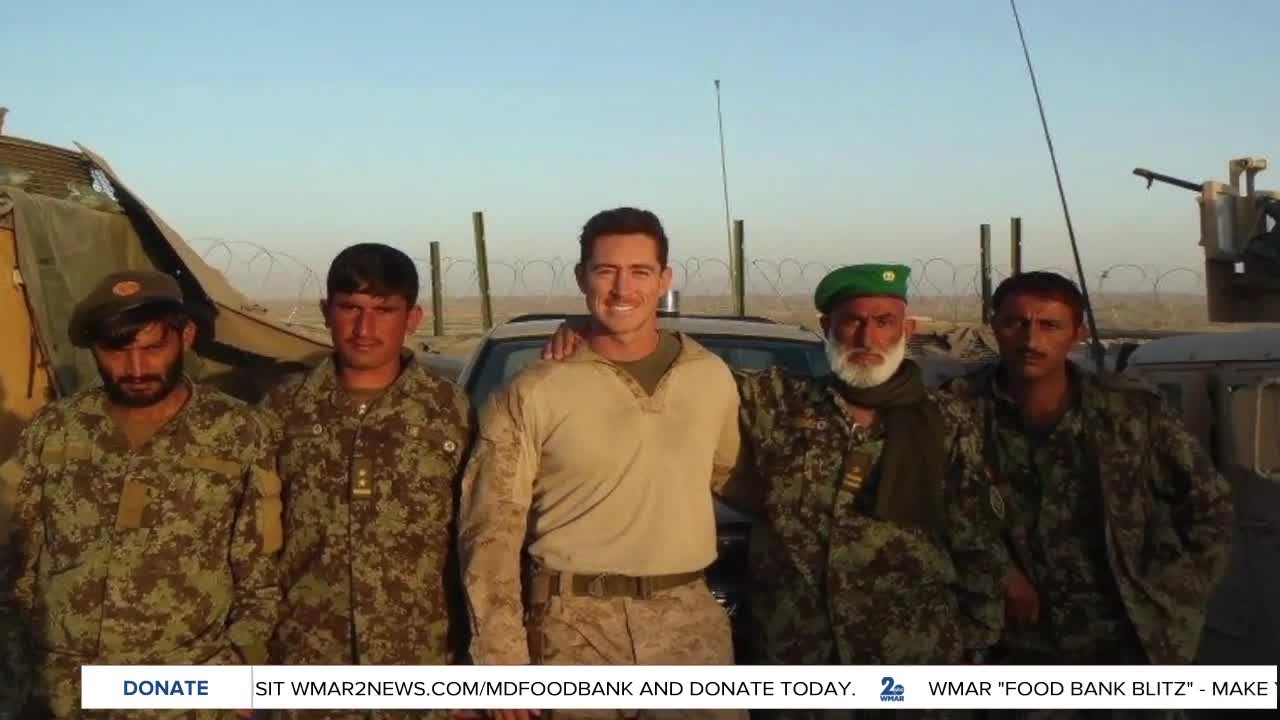 For many veterans coming home means struggling to connect with life as a civilian. WMAR-2 News is proud to again partner with RBC Wealth Management as Maryland’s Voice for Veterans.

For many veterans coming home means struggling to connect with life as a civilian.

WMAR-2 News is proud to again partner with RBC Wealth Management as Maryland’s Voice for Veterans.

VET TV is a streaming service made by veterans for the military community.

“Because it’s for the military it is mostly dark irreverent comedy about the military experience,” said Donny O’Malley.

Through raunchy humor — grit and all — they give veterans an honest and fun way to look back.

“There’s a massive feeling of isolation and loneliness, “ O’Malley said. “A lack of people who understand them. That is exasperated now during coronavirus when social isolation is imposed on us.”

O’Malley is a retired Marine Captain and Wounded Warrior.

He drew on his experience to create VET TV and his nonprofit Irreverent Warriors.

Some of the skits are as simple and raw as him walking with veterans and letting them share their stories.

“Throughout the military experience we all deal with enough things that suck that we have to use comedy to get through it. Whether that’s the intense experience of being yelled at in boot camp. As soon as the drill instructors aren’t there when you have a free moment you’re engaging in some sort of comedy with the guy next to ya.”

To put the scope of how PTSD and depression effect veterans look at the suicide rate.

22 veterans a day kill themselves.

“That comedy in the face of tragedy is like this release. It’s a coping mechanism. That same mentality of using comedy to cope with tragedy follows us all the way through combat when we’re watching our friends get shot and blown up. In that moment, it’s miserable, but very shortly after we’re making jokes about it and that’s a coping mechanism.”

He realizes the content isn’t a hit for everyone. His validation comes from the tens of thousands of subscribers and in person stories.

Irreverent Warriors holds Silkies hikes at 45 different locations in America including a stop in Baltimore.

“You can’t be a tough guy and have all that bravado when you’re wearing those silkies. Immediately everybody starts laughing so it kind of lowers everyone’s guard. Now everyone’s a little bit more exposed and that right there is a catalyst for people to expose that which lives within them and that’s what the events are intended to do.”

A veteran telling their stories how they really saw it.

“Military recruiting paints an image of the military service member that many of us feel is not accurate. The best way to have this image of those who chose to serve this country is to go talk to them and listen.”

Finding whats funny at the heart of our heroes.

If you want to check out VET TV click here.