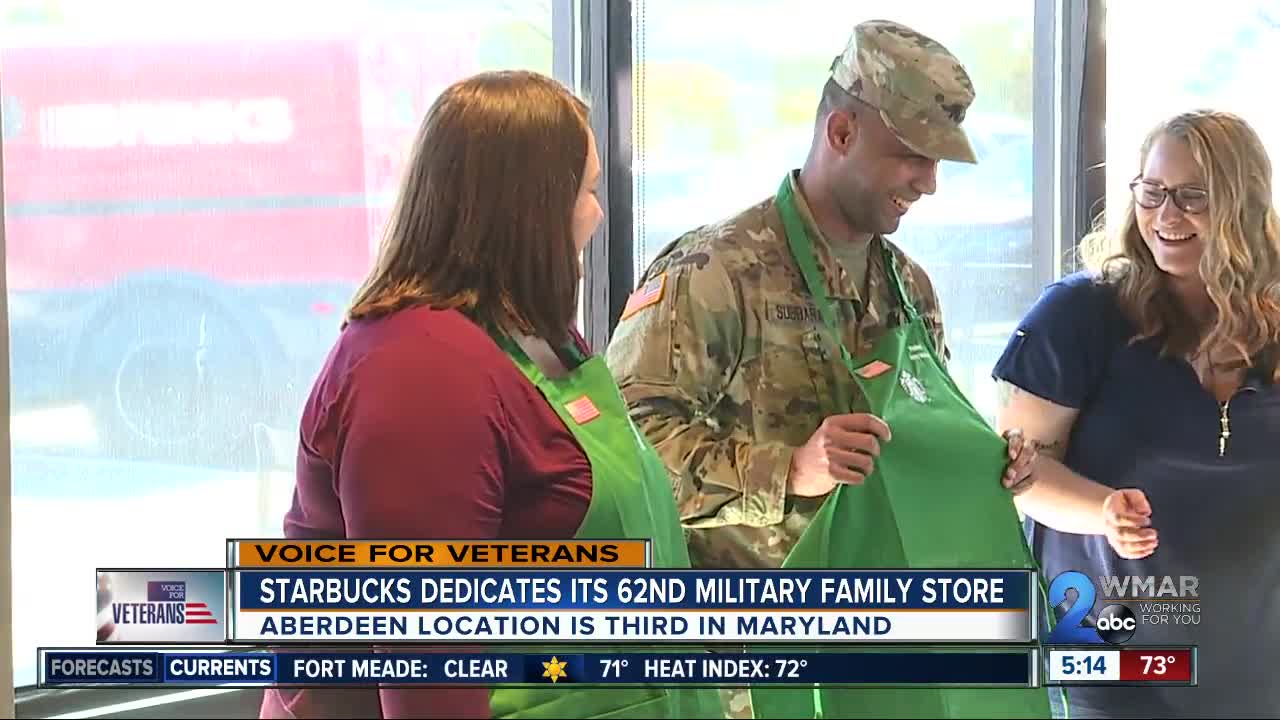 On the outside it looks like your average Starbucks with people running in and out, grabbing their caffeine fix.

ABERDEEN, Md. — On the outside it looks like your average Starbucks with people running in and out, grabbing their caffeine fix.

But the Starbucks in Aberdeen is different, it has an important purpose: Helping veterans, military spouses and active duty military members.

On Friday, Starbucks dedicated its 62nd military family store to the Aberdeen location. It's the third of its kind in Maryland.

These stores are located near major military bases and have a specific focus on hiring veterans and military spouses. They also provide a place for support.

"These stores are meant to bring together our military community and create a space along with our typical third place for veterans, their spouses to come and be supported and really get the support they need as well as their caffeine," said Rachel Howard, Starbucks store manager and Armed Forces Network member.

The store is part of Starbucks' military commitment.

Their goal was to hire 25,000 veterans and military spouses by 2025, but the company hit it six years early. Now, Starbucks wants to hire 5,000 every single year.