Randallstown chef sets out to feed 200 veterans on Thanksgiving 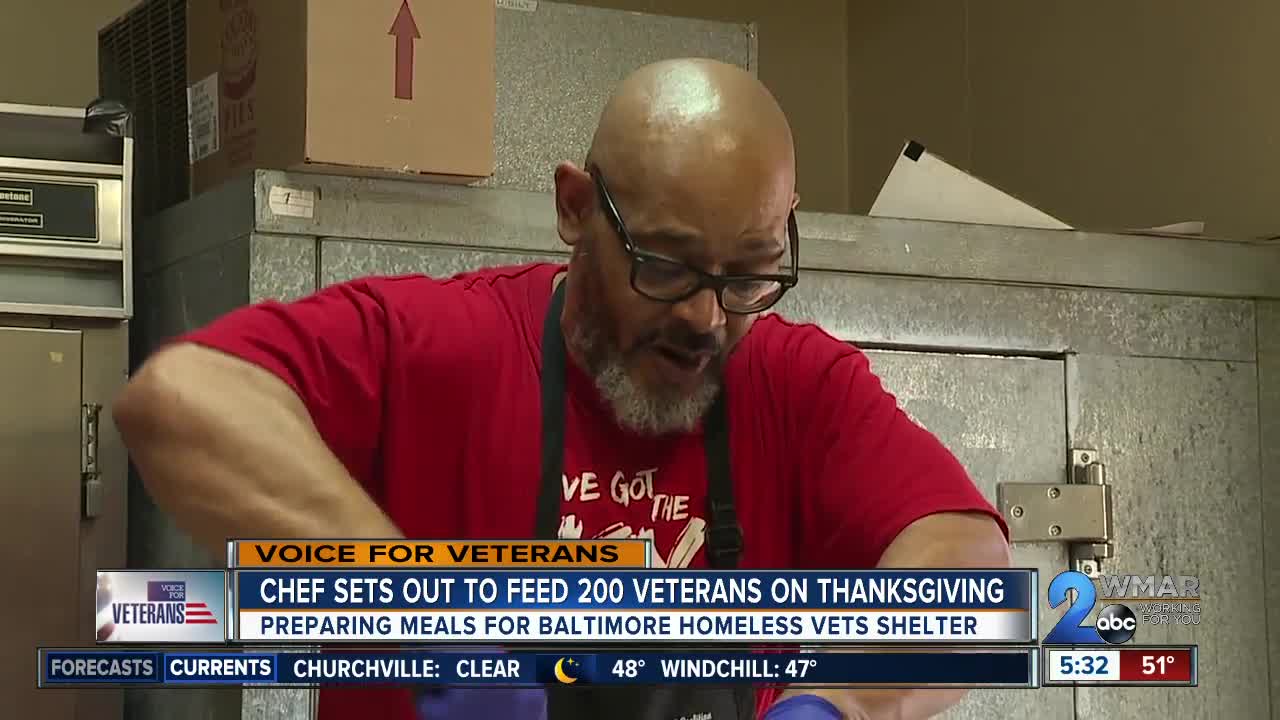 Chef sets out to feed 200 veterans on Thanksgiving 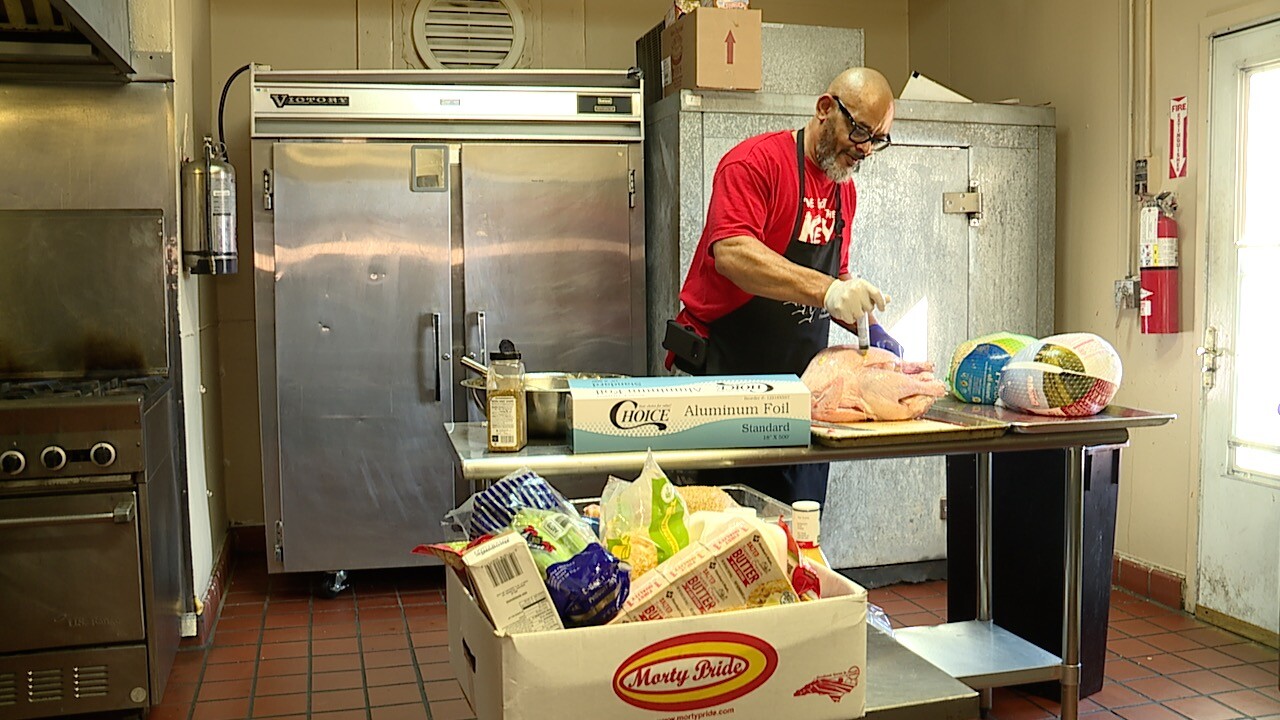 RANDALLSTOWN, Md — “To be honest I cried. I didn't think it was going to happen,” said chef John Jackson.

When he set out to feed 100 veterans on Thanksgiving, he had no idea the support he would get.

“It shows how many good people are still out there who really care,” said Jackson.

So for the next few days, Chef JJ is a lean, mean turkey-baking machine, preparing 25 birds total, plus all the fixings.

He’s cooking up a storm in the kitchen of Blue Moon Family Grill in Randallstown, where he is the head chef, but the food won’t be served there. It’s all for veterans on Thanksgiving.

“I’m a veteran myself and I’ve seen the ins and the outs of the system and brothers and sisters that have to come home and have no resources. We just have to figure out a way to help them,” said Jackson.

Jackson served in the Army and was deployed to Korea in 1989.

“My last tour of duty was in Desert Storm,” said Jackson.

He’s been thinking of this idea for a few years, to give back to veterans, but this is the first year it has come to fruition. Come Thursday, he will be serving meals at The Baltimore Station, a residential and outpatient program for homeless vets.

“The one struggle that we often have with volunteers is that on the holidays, the day of, it's hard for people to make that commitment to not spend time with their families and come and give back. This is definitely the biggest production that we've had and its really inspiring for us to have a veteran himself giving back to our guys who have often been forgotten,” said Todd Troester, Community Outreach & Food Services Manager at The Baltimore Station.

Chef JJ set a goal of serving 100 people but with the outpouring of donations, he will be able to serve double that amount.

“Everything was donated. We didn't have to buy anything,” said Jackson.

Even Mission BBQ offered to smoke some of the turkeys for him so that he can use his oven for other things.

“It's exciting and I know we are helping other families so that makes it even more important,” said Tonya Ausby or the Charm City Dollhouse of Elite Dollz of Faith.

“Today was the first day I heard it was gonna be 200. We originally said about 100 so he's already doubled his numbers and this is the first time he's doing it so it's great,” said Zelda Parker from TAP Foundation.

“We were very excited. This is another basis for our church to get involved in as far as our members are concerned. And for myself personally because my father was a vet and we traveled and I know when they come home what they face,” said Mignon Keith.

She is part of God’s Word, Will and Way Ministries with Chef JJ. They have supported him with donations of food and time to prep and serve the meal.

“It touches me because it doesn’t seem like our veterans get the support that they need or they don't know where to find it, and this is an opportunity for us to do that,” said Jackson.

Jackson said the more volunteers the merrier. The meal will be served at 11:30 a.m. at The Baltimore Station location near the M&T Bank Stadium. Soon after the holiday, he plans to start his nonprofit ‘A Soldiers Story’ to help veterans much more than just one day a year, with things like health and housing.