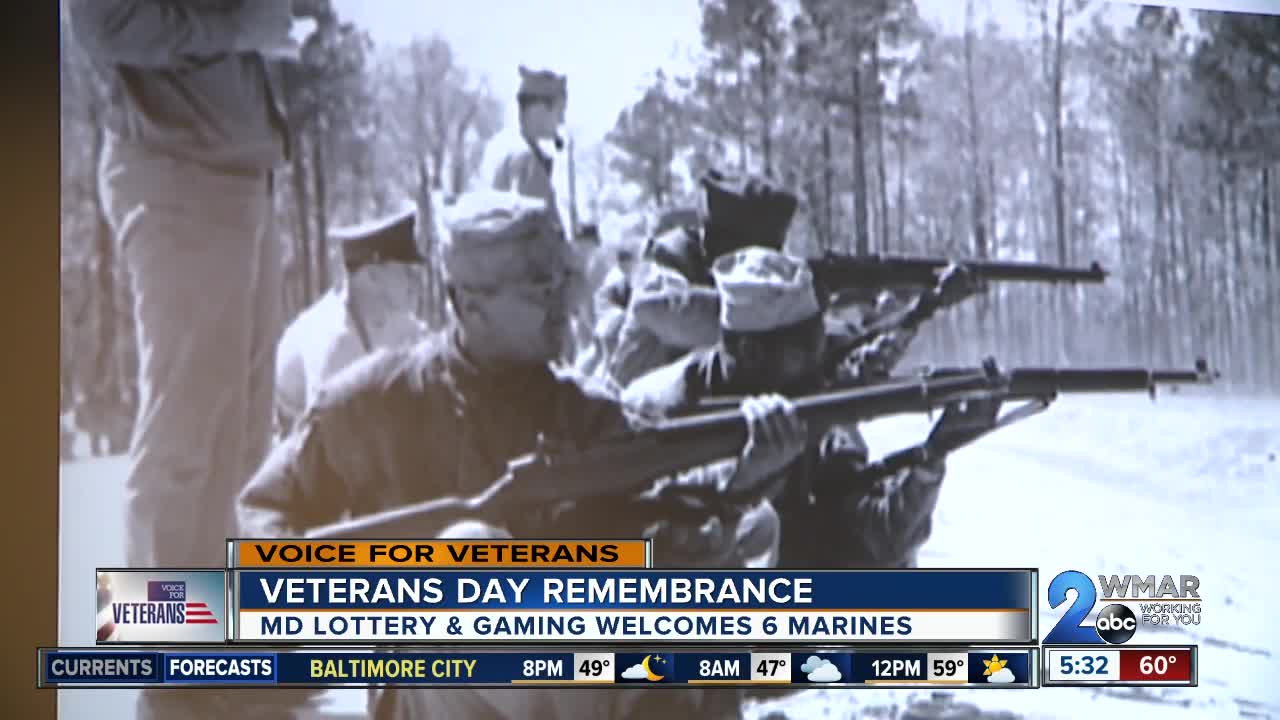 Veterans Day is getting close and on Tuesday, the Maryland Lottery and Gaming held a Veterans Day remembrance.

BALTIMORE — Veterans Day is getting close and on Tuesday, the Maryland Lottery and Gaming held a Veterans Day remembrance.

The agency honored six members of the Montford Point Marines, they were the first African Americans to enlist in the Marine Corps. They weren't sent to the traditional boot camps, instead, they were segregated.

On Tuesday, the men shared some of their personal stories.

"We were just the bottom of the totem pole," said one of the men. "But as I said, the Marines made me a man, it gave me respect for others and I wouldn't trade that roughness that I got for anything now."