Home for the brave 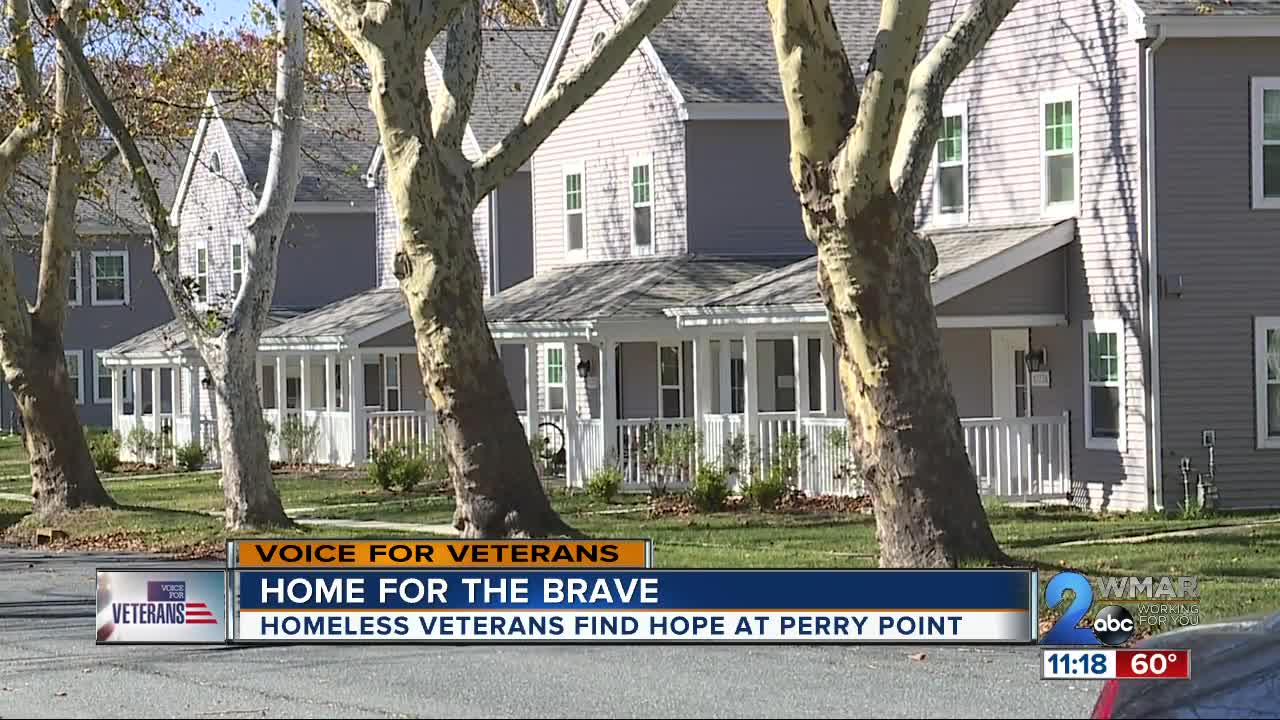 Nearly three decades after directing missile fire during the Persian Gulf War, Kent Scott is trying to win a personal battle that left him homeless here in his homeland.

PERRY POINT, Md. — Nearly three decades after directing missile fire during the Persian Gulf War, Kent Scott is trying to win a personal battle that left him homeless here in his homeland.

"The military teaches you how to fight while you're in there, but when you get out, they don't teach you how to live again so it was pretty rough for me,” said Scott. “I had some ups and downs battling a lot of things psychologically, drug addiction, alcoholism and as the years went by, I had to seek help and thank God the VA had an opportunity out here in Perryville, Perry Point rather to get some help and treatment."

Scott found a home here at the Help Veterans Village situated on nearly 400 acres next to the Perry Point VA Medical Center.

Houses, which once provided homes for explosive workers during World War I received a makeover a year ago to provide disenfranchised veterans like Scott with a new lease on life.

"Our target is chronically homeless veterans," said John Clow of the U.S. Department of Veterans Affairs says the 40 houses split into 75 separate apartments are made available to the most vulnerable homeless veterans and their families.

Those who are penniless stay for free in the village, while those who hold down jobs are charged 30 percent of their income, but this is much more than subsidized housing.

"I love my country. I loved serving in the Marine Corps," Scott Tull told us.

At 21 years old, Tull left his Eastern Shore home bound for the War in Afghanistan, but he claims military doctors prescribed opioids to treat his back ailments leading to his discharge and ultimately to a heroin addiction once he returned stateside.

"I had nowhere to go so I didn't come here with the intention of getting sober,” said Tull. “I came with the intention of 'I got somewhere to stay, regroup for a little bit and then I'll just go back to doing what I was doing', and somewhere in that hundred days of the in-patient program, I picked up that desire so get and stay sober and do what I needed to do to make that happen."

More than the four walls to call home, veterans enter the Village as a treatment program with the aim of allowing them to live independently someday.

For Kent Scott, that started with a plea for help to get off the mean streets of Baltimore.

"I've lost friends to overdoses, homicide, the list goes on."

Now, a program, which pumped new life into century-old houses along the Susquehanna River is providing a new chance at life and a home for the brave.

Actually, when I first came here on the bus when I saw the water, I just started tearing up, because it felt like a certain serenity," said Scott. "Service is a two-way road. As I served my country and I've served all my life, it was great to see the military serve us back and give us a peace... and giving us a chance to get our life back in order."

While the spaces are extremely limited, we're told homeless veterans need only visit the VA Annex's walk-in clinic on West Fayette Street in Baltimore to get a housing assessment to see if they're eligible.

No appointment is necessary.