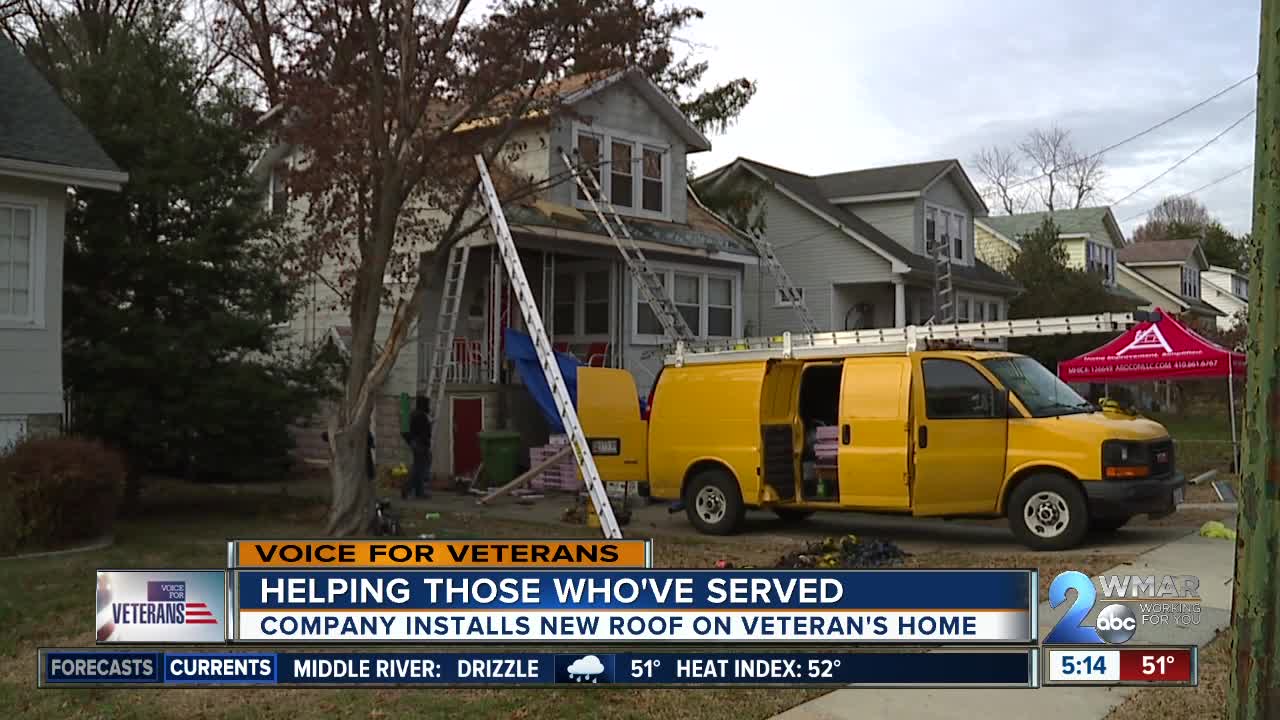 What was supposed to be a Veterans Day gift finally arrived on Friday for a local vet in Baltimore.

BALTIMORE — What was supposed to be a Veterans Day gift finally arrived on Friday for a local vet in Baltimore.

Arocon Roofing and Construction installed a new roof for U.S. Army Veteran Rigoberto King-Levy. The company planned to get the project done around Veterans Day, but the rain washed out their plans.

The best part about this project is the co-owner is also a veteran who happened to have a connection to King-Levy.

"I found out about a week ago that he served in the same place where I served, which is Fort Hood, Texas when I was in the Army," said Eric Consuegra, Co-owner of Arocon Roofing and Construction. "So it was a pretty cool coincidence so it made it extra special for me to help out this particular veteran."

This was part of the Owens Corning National Roof Deployment Project.

Since it began in 2016, more than 140 military members have received new roofs.