Cain and Able: Veteran's 21 gun salute to his buddies 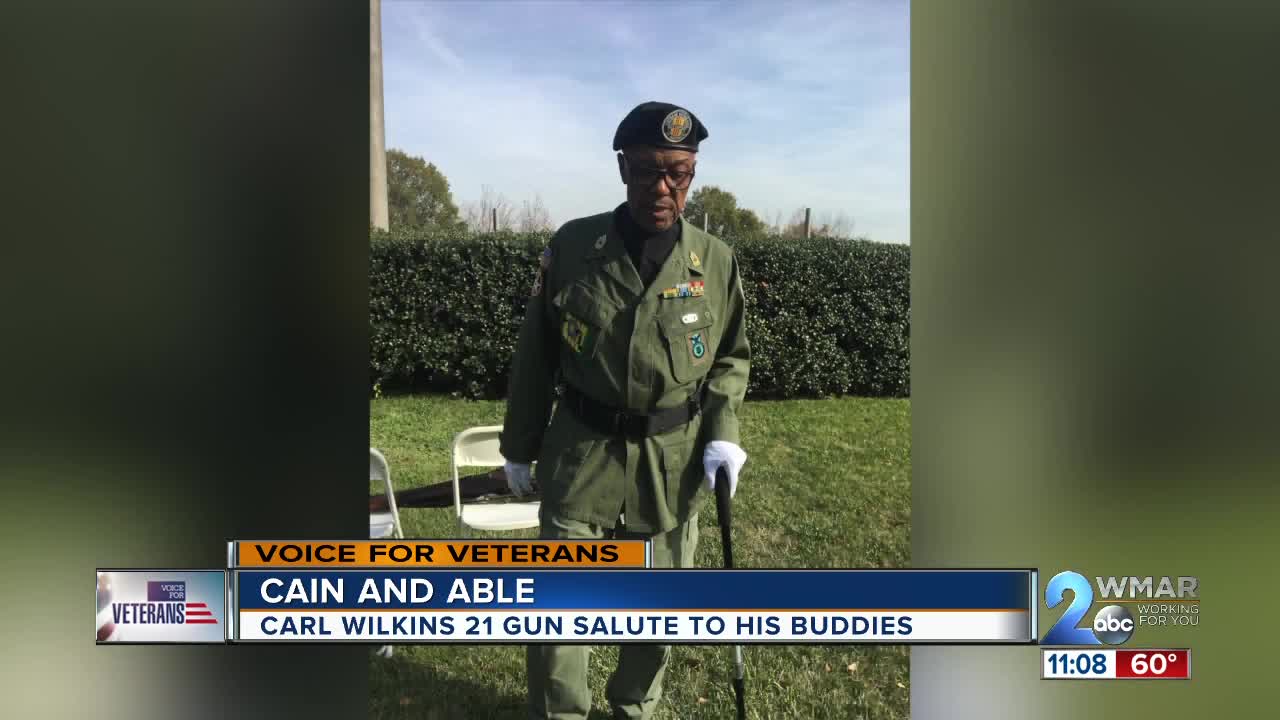 A 75-year-old veteran keeps his purple heart hat on, wearing slippers with his feet up on the couch.

GLEN BURNIE, Md. — A 75-year-old veteran keeps his purple heart hat on, wearing slippers with his feet up on the couch.

Old uniforms never die. Reporting for duty, Airman First Class Carl Wilkins, fresh out of Douglas High he was in Vietnam in 1965.

His war wounds and warn down body out him on a cane and into a pool at Elite Pt. where he had a promise. He wanted to be able to ditch his cane to pick up a rifle for a 21 gun salute for his 'nam buddies...and he did it.

After Vietnam, he went to work for DC police, protecting the public again. The only thing he will remember and cherish from today are the words after he dropped his rifle.