Bringing the light for a local hero and his family 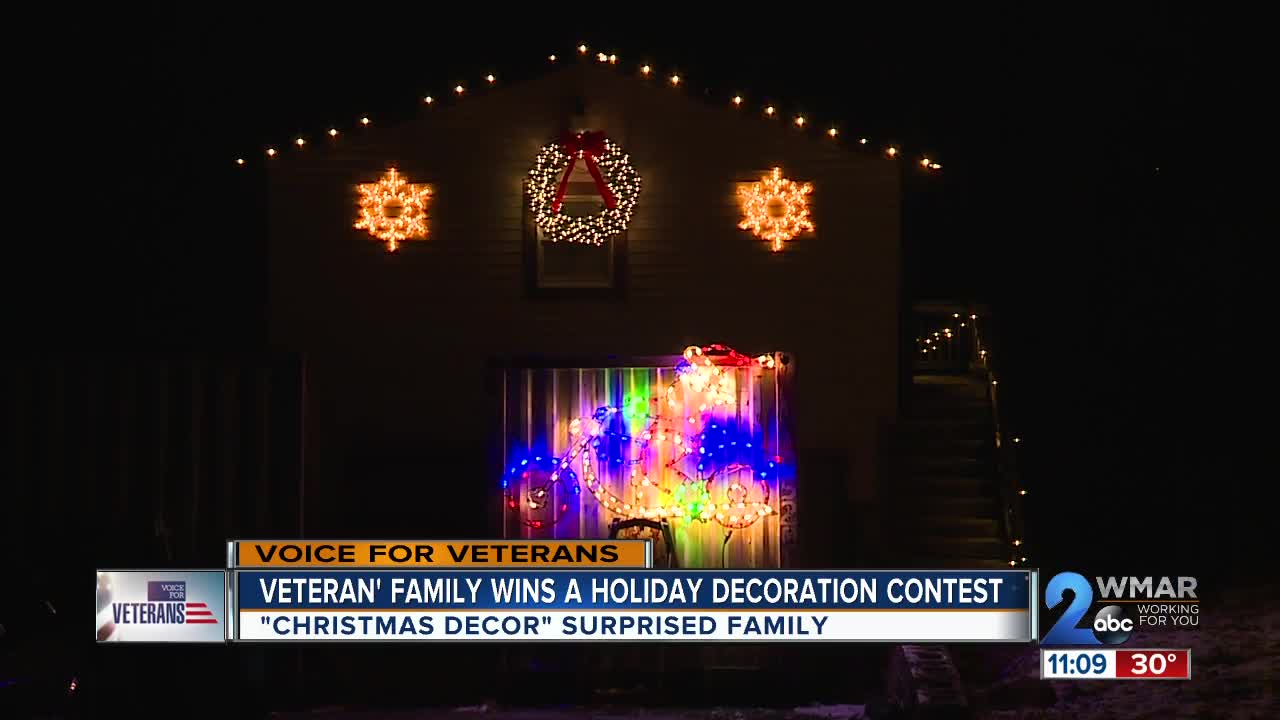 Early Thursday morning a team of volunteers arrived at a home on Buckhorn Road in Sykesville to spread some holiday cheer.

SYKESVILLE, Md. — Early Thursday morning a team of volunteers arrived at a home on Buckhorn Road in Sykesville to spread some holiday cheer.

“There’s so much more to Christmas than the materialistic part,” said Marion Mullan.

Mullan is the owner of Mullan Nursery Company, and they are part of an organization called Christmas Décor.

Her team of volunteers was at the Turner family home because they won the “Decorated Family” contest.

“We try to bring a little light to people who have served our country and are unable to do the lighting themselves,” said Mullan

When the sun set, the 4 boys along with mom and dad got the moment they were hoping for.

“To have the organization come out here and you do the lights on our home,” Ana Turner the mother said. “We’ve always attempted to do, we never could have done it without them.”

He’s a combat disabled veteran living with PTSD from deployments in Afghanistan and Iraq.

He wrote in to enter the contest for his family.

“That’s why I reached out to give back to them,” Daniel said. “To brighten not only my Christmas but most of all their Christmas as well.”

A series of setbacks led to the bills piling up and put a damper on their year, but they're still thankful for what they have.

“Just thankful and appreciative for what they’ve done for my family and I and what they continue to for other military families and veterans,” Daniel said of Christmas Décor.

This is the 17th year that Christmas Decor has done this surprise for veterans.

“It feels just like Christmas, very much appreciated,” the Turner’s said collectively.