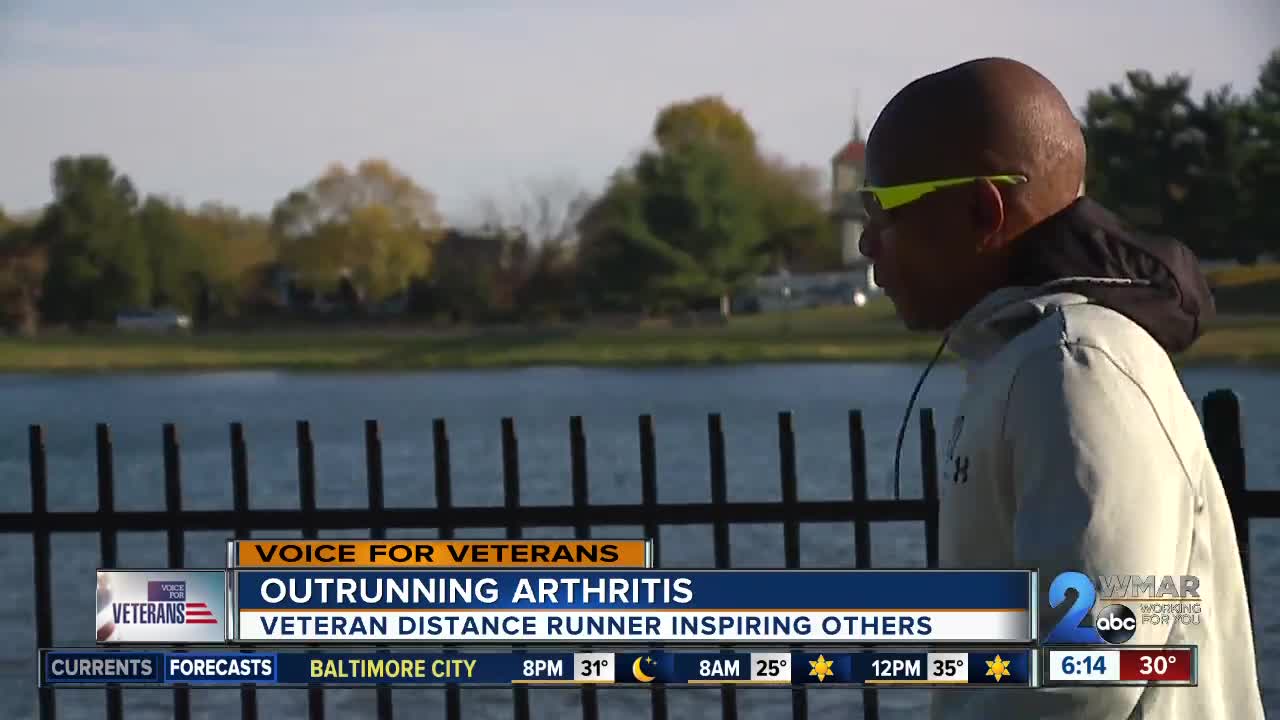 From a Baltimore City kid with no path towards a future to earning his Masters from Morgan State University in his 50s.

BALTIMORE — From a Baltimore City kid with no path towards a future to earning his Masters from Morgan State University in his 50s.

Wilson Trueheart credits the United States Army for turning his life around. Every step of the way the 70-year-old competitive runner continues to amaze.

“All these young guys and they went out to fast," Trueheart said.

The road to 70 has had a lot of unexpected turns. He didn't want to go to war-but like many young men during the Vietnam War he was drafted.

Trueheart wasn't sent to a war zone -- but joining gave him a new path.

"The main thing I learned was about fitness because I didn't run,” he said. “I wasn't physically active at all before that."

He served two years in the Army- got out and went into the reserves.

A new company leader sparked his love for running when he was on a base in Germany.

“He would like to open up the gates and let us run through the countryside.”

Arthritis in his knees and back has slowed him down a bit-- but nothing is stopping him.

“If things still feel okay when I’m 80 I’ll still be out here trying to run around a little bit.”

He's running his 12th Jingle Bell Run this year as the adult honoree.

“The more active they are most of the time it’s easier to manage their symptoms,” said Lauren Yankolonis. “Running and walking and staying active is a big part of the treatment plan for patients with arthritis.”

Yonkolonis is the Executive Director of the Arthritis Foundation of Maryland.

She said Trueheart is a great example for other veterans who are hesitant to get help.

“Arthritis effects 1 in 4 Americans and 1 in 4 veterans. Osteoarthritis happens to be the second leading cause of discharge from the US Army. Veterans are a very Important part of our cause and we are thrilled to be bringing awareness to veterans and arthritis this year at the Jingle Bell run event.”

After devoting much of his young life to service-- he's still proud to run for a purpose.

“Making sacrifices for your country and I guess you feel kind of proud that you did that,” said Trueheart. “You know everybody hasn’t served wont serve so you feel kind of good about that.”

The Jingle Bell Run is Saturday, Dec 7 at Rash Field at the Inner Harbor.