Hopkins for Heroes: A swim for Tim 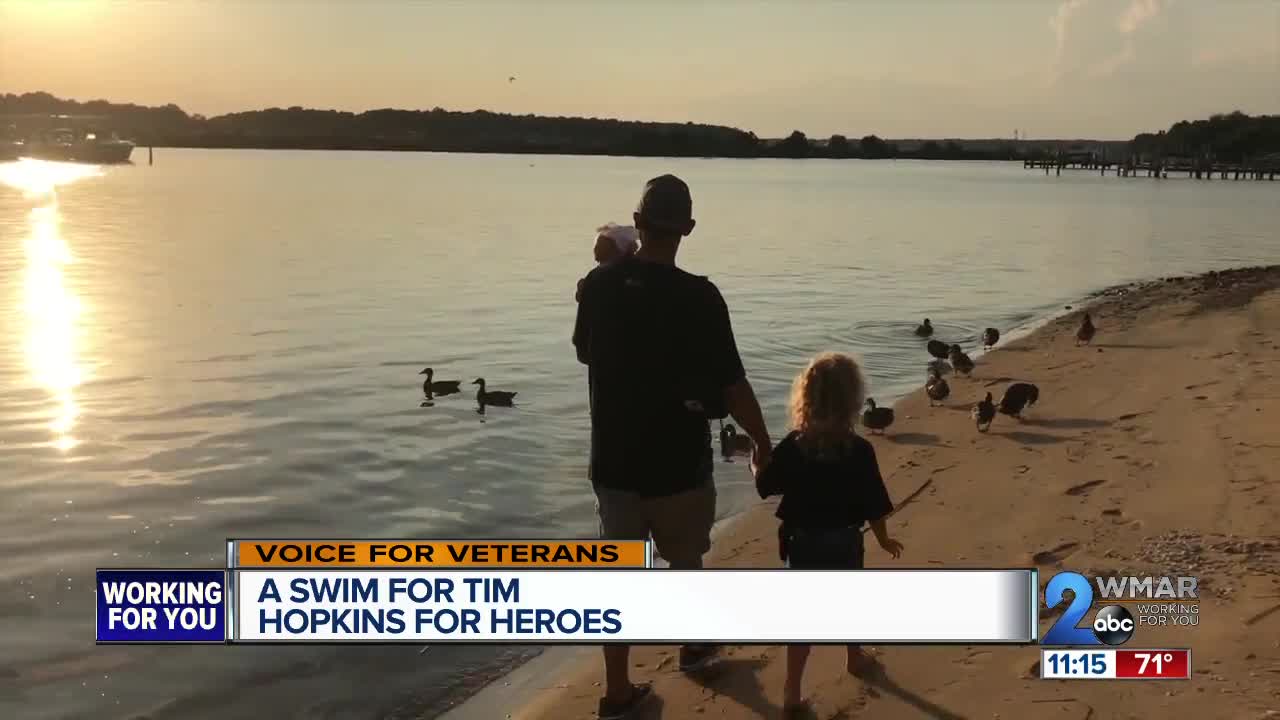 Tim Treadwill is about to sign papers bringing his career in the Navy to an end at the age of 30.

BALTIMORE — Tim Treadwell is about to sign papers bringing his career in the Navy to an end at the age of 30.

He's a man who heard the worst at Walter Reed to hearing Hope at Hopkins. He's a man that served his nation for more than a decade and now must serve his family more.

Treadwell's life was cruising along. He'd met Maria, the love of his life who was in the Coast Guard. He had two children and then a horrible enemy came out for a surprise attack.

He had been diagnosed with Stage 4 Stomach Cancer.

He is trained to fight. His medical records shifted from Walter Reed to Hopkins where he would meet his angel Katie.

She ordered Treadwell hours and hours of surgery, intensive chemo leaving him without a stomach, and as of today there is no sign of the disease.

Katie runs Hopkins for Heroes, making sure military families are not overwhelmed, but it was Katie who took it hard. Her son went into the navy right after high school as well.

So when Tim couldn't put up Christmas lights for his daughters, she organized volunteers to do it.

So this Sunday morning, before the Ravens kickoff, a team will swim for Tim. They will jump into the Magathoy to raise money to fight stomach cancer and while they are out practicing, Tim and his girls have their walk set.