VIDEO: 'Saggy pants' get man kicked out of mall 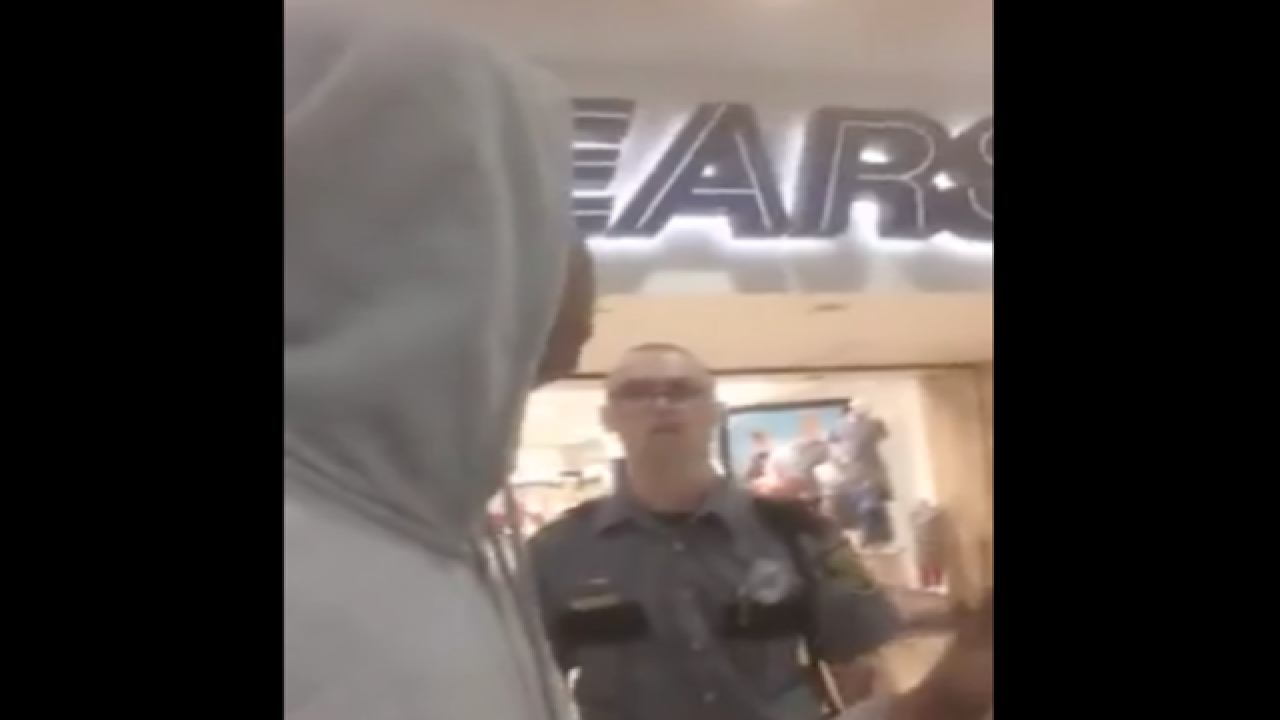 Facebook
<p>After being kicked out of Tri-County Mall Tuesday, a local man's video of his confrontation with a security guard over his saggy pants is going viral on Facebook.</p> 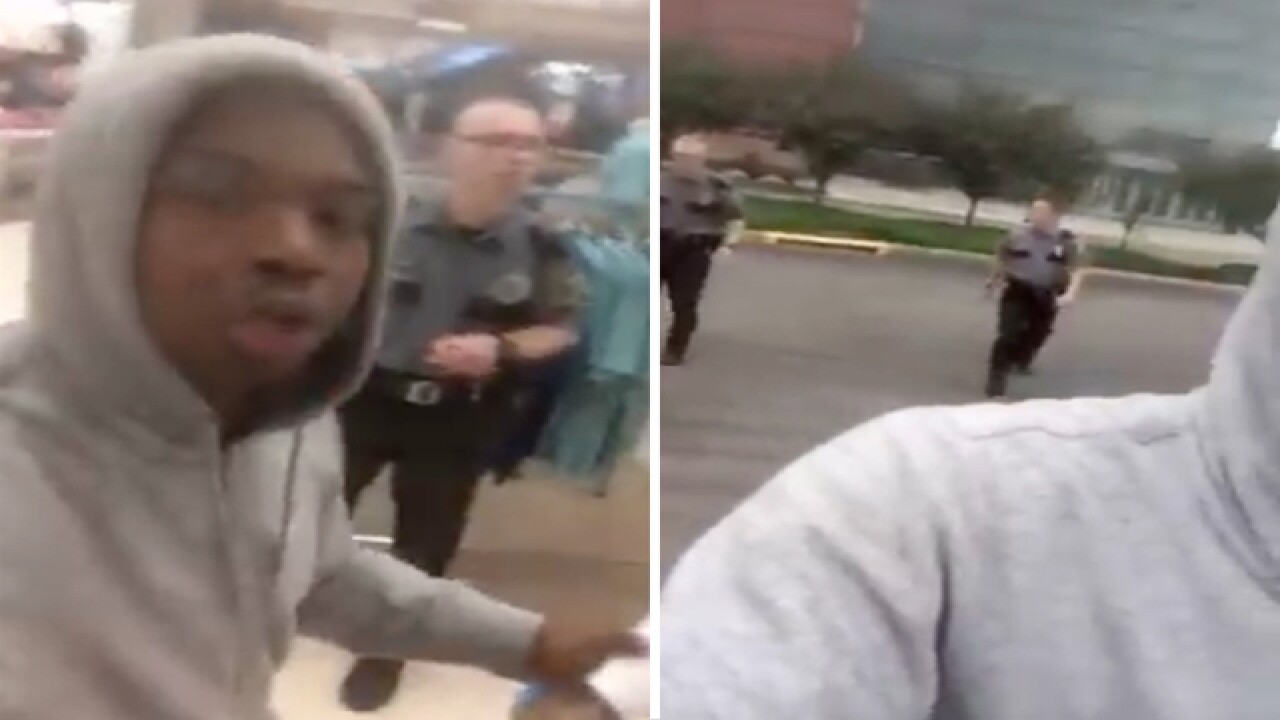 WARNING: Video in the player above contains graphic language.

SPRINGDALE, Ohio -- A young man is accusing a Tri-County Mall security guard of harassment after he was kicked out of the mall Tuesday for his "saggy pants."

Phone video of the confrontation between a man who identifies himself as Tru Carlos and the security guard has been viewed on Facebook more than 158,000 times since Tuesday evening, prompting the mall to suspend the guard involved.

The 12-minute video shows the guard swearing at Carlos and threatening to break his phone for not complying.

"You were sagging your pants," the guard says. "I had to ask you three times (to pull them up)."

Carlos admits to wearing his pants low in the video, but he claims that he pulled them up when requested and that he shouldn't be "harassed."

A female bystander defends Carlos in the video, saying, "Well, he pulled them up!"

"That's not the point. I had to ask him more than once, and he refused," the guard responded. "You just don’t like authority, and I’m an authority."

Mall officials responded on Facebook Thursday morning by writing, "We are working to resolve the issue, and the security officer is currently suspended pending further investigation."

The Tri-County Mall Code of Conduct doesn't contain language specifically stating a dress code, but it does prohibit "any activity that disrupts our pleasant, family-oriented shopping environment."

WCPO has reached out to those involved in this story and will publish more details as they become available.