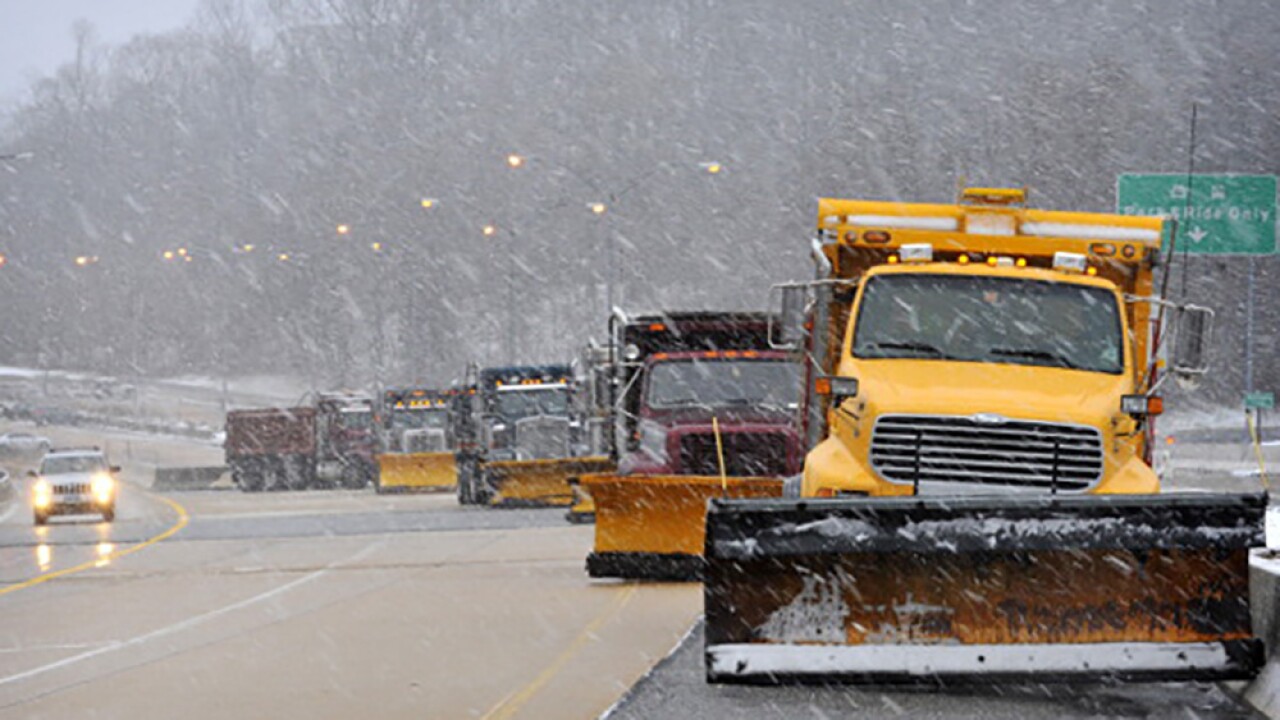 BALTIMORE — Some form of snow, sleet, rain, or a combination of the three, presented challenges to Maryland commuters starting their work week Monday, and relief does not seem to be in the forecast as those commuters take to the roads again Monday evening and Tuesday morning.

“This one followed the script, pretty much to a T,” said Charlie Gischlar, the Spokesman for the Maryland Department of Transportation, State Highway Administration. “It started out as snow, which is why we pre-treated, which helped immensely, and then it changed to sleet, and then rain, and then kind of jockeyed back and forth depending on where you are.”

In a 15-hour window between midnight and 3 p.m. Monday, Maryland State Police reported 153 accidents and 46 disabled or unattended vehicles on state roads, with 548 calls for service. The Golden Ring and JFK Barracks saw the most activity, with 48 and 23 crashes reported, respectively.

After a slight pause of precipitation midday, the skies will again open overnight, and already wet surfaces are likely to freeze, making Tuesday’s commute a potential headache.

“We’re really going to have to go out and patrol for the icy patches, make sure the roads don’t freeze up, the bridges, the ramps, and the overpasses, trying to get things the best they can for Tuesday morning rush hour,” Gischlar said.

MDOT SHA has about 1,700 crews out across the state, with a focus on Western Maryland, North/Central Maryland, the Baltimore/Annapolis region, and the Washington D.C. suburbs, Gischlar said.

The state also “moved up in the world leaps and bounds,” Gischlar said, with a new infra-red sensor system that monitors highway surfaces and relays information about precipitation accumulating on state road surfaces.

“It kind of generates a pavement forecast for us so we can go out and do some targeted deployment and get that icy spot before it starts to occur,” Gischlar said.

Residents who want to see MDOT SHA crews activities can do so through the agency’s real-time tracking program, STORMS. The website shows current deployments through the past 30 minutes. Drives can use the technology to choose cleared roadways and plan the best routes if they have to travel in inclement weather.

“The biggest thing here is making smart travel decisions if you can,” Gischlar said. “Right now the overnight hours are going to be tricky, so pay attention to your local forecast.”