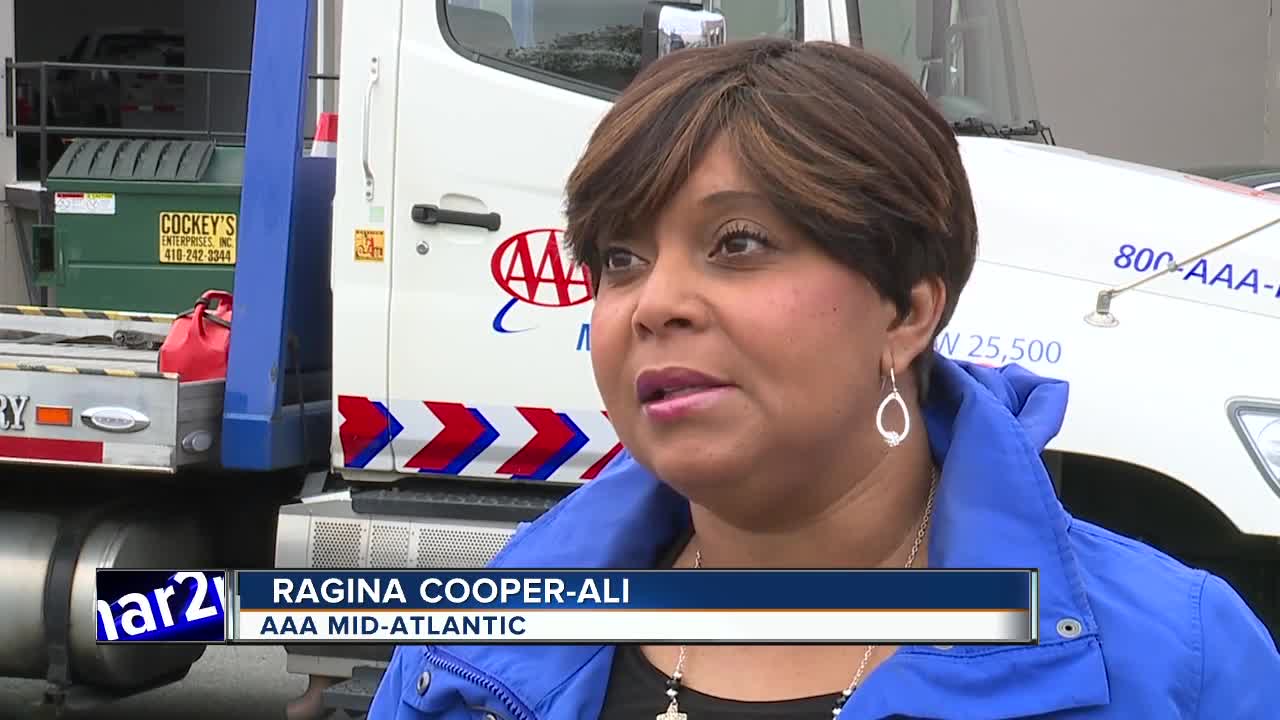 A AAA contractor was struck and killed while helping a disabled car on Wednesday near Branch Avenue and Coventry Way in Temple Hills.

TEMPLE HILLS, Md. — A AAA contractor was struck and killed while helping a disabled car on Wednesday in Temple Hills.

State Police say a 63-year-old David Reinerio Pineda Alvarez, of Washington DC, was hit as he walked back to his truck.

Shortly after 10:30 p.m., troopers from the Maryland State Police Forestville Barrack responded to a report of a pedestrian crash in the area of southbound Branch Avenue and Coventry Way.

"We do know that this was a hit and run crash so not only did this driver not obey existing slow down and move over laws that are on the books here in the state of Maryland as it relates to first responders, law enforcement and tow truck drivers, this individual chose to strike someone and kill them one of our AAA contractors and leave them in the road to die," said Ragina Cooper-Ali from AAA Mid-Atlantic.

According to the preliminary investigation, Alvarez, a tow truck driver, had arrived to the location to assist a vehicle that was stuck on the shoulder of the road with a flat tire.

Investigators believe that he exited his vehicle and began walking up to the driver side on the shoulder of the road. That's when the suspect vehicle struck the disabled vehicle on the driver side mirror before hitting the victim and possibly the tow truck. Alvarez died at the scene.

The tow truck, with its flashing yellow lights on, and the disabled vehicle were both on the shoulder at the time of the collision.

After further investigating, officials believe that the suspect vehicle may have been a 1999 to 2007 white or beige Cadillac Escalade with passenger side damage.

#update Thanks to additional investigation @mdsp believes that the suspect vehicle in yesterday’s fatal hit-and-run crash of a tow truck operator may have been a 1999-2007 white/beige Cadillac Escalade like this one with passenger side damage READ MORE >> https://t.co/31qjHcVfDi pic.twitter.com/gn7UKEZPS8

If you know anything of the incident, please call state police.