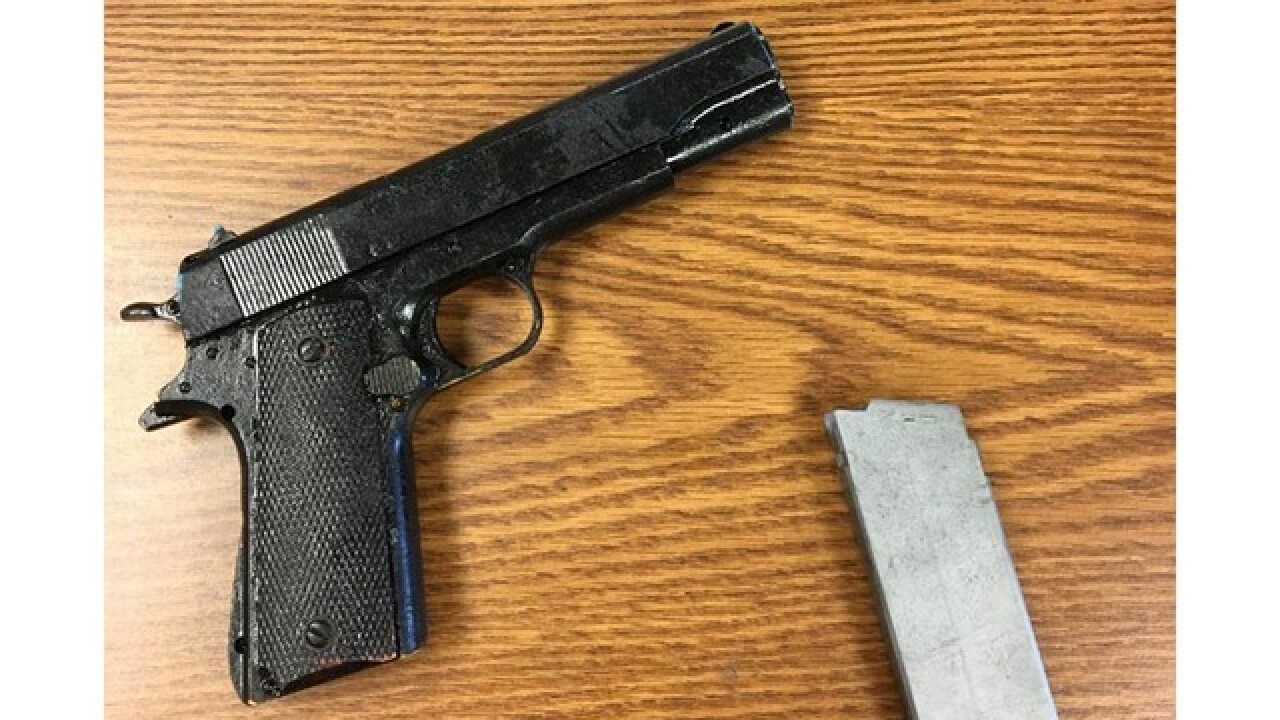 Copyright 2018 Scripps Media, Inc. All rights reserved. This material may not be published, broadcast, rewritten, or redistributed.
<p>Courtesy of Montgomery County Police Department.</p>

A 12-year-old is arrested for bringing a toy gun to school and pointing it at other students.

Officers learned a 12-year-old male student was inside the school auditorium, when he pulled from a backpack what appeared to be a real gun and began showing and pointing it to a group of girl students.

After being shown the gun, students began to scream drawing attention and creating panic.

A teacher inside the auditorium was notified by several students.

The teacher proceeded to lead about 120 kids to safety, behind the stage. Afterward, the teacher located the boy in question and recovered the weapon.

An inspection revealed the gun to be plastic and spray painted black.

Police have charged the student with a threat of mass violence and disrupting school activities and threatening others with bodily harm.

The student was later released to a guardian.