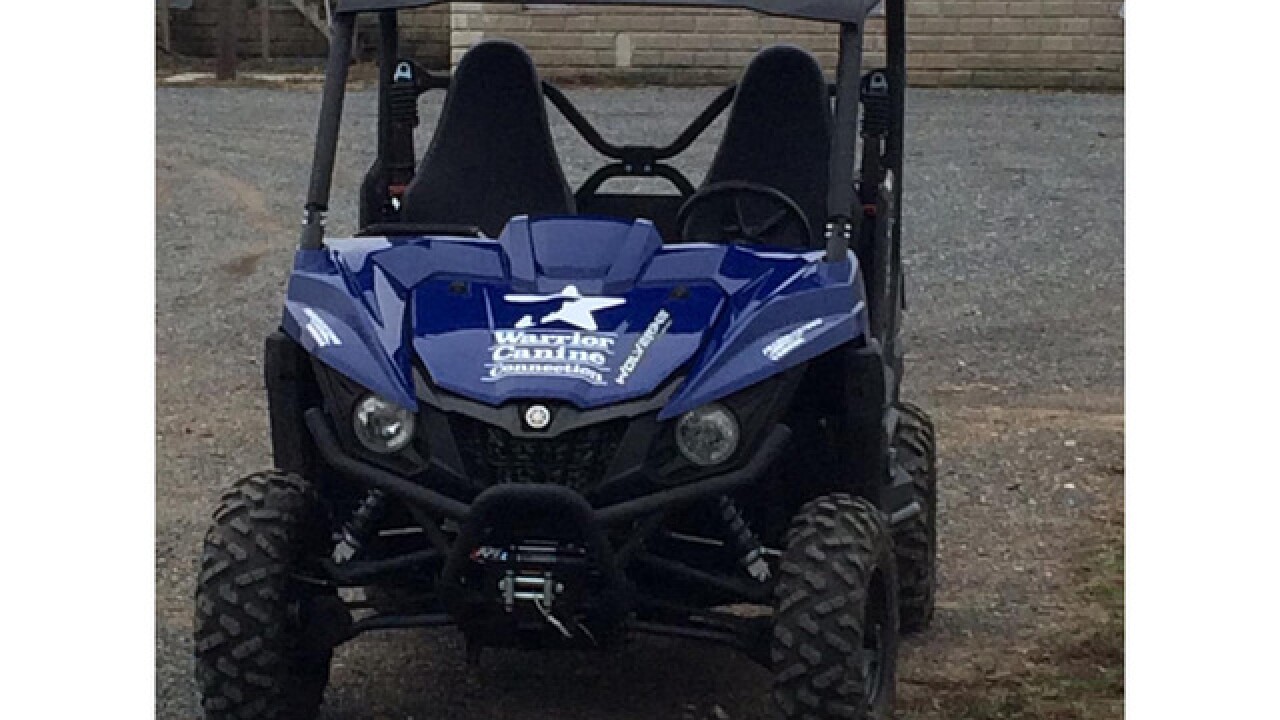 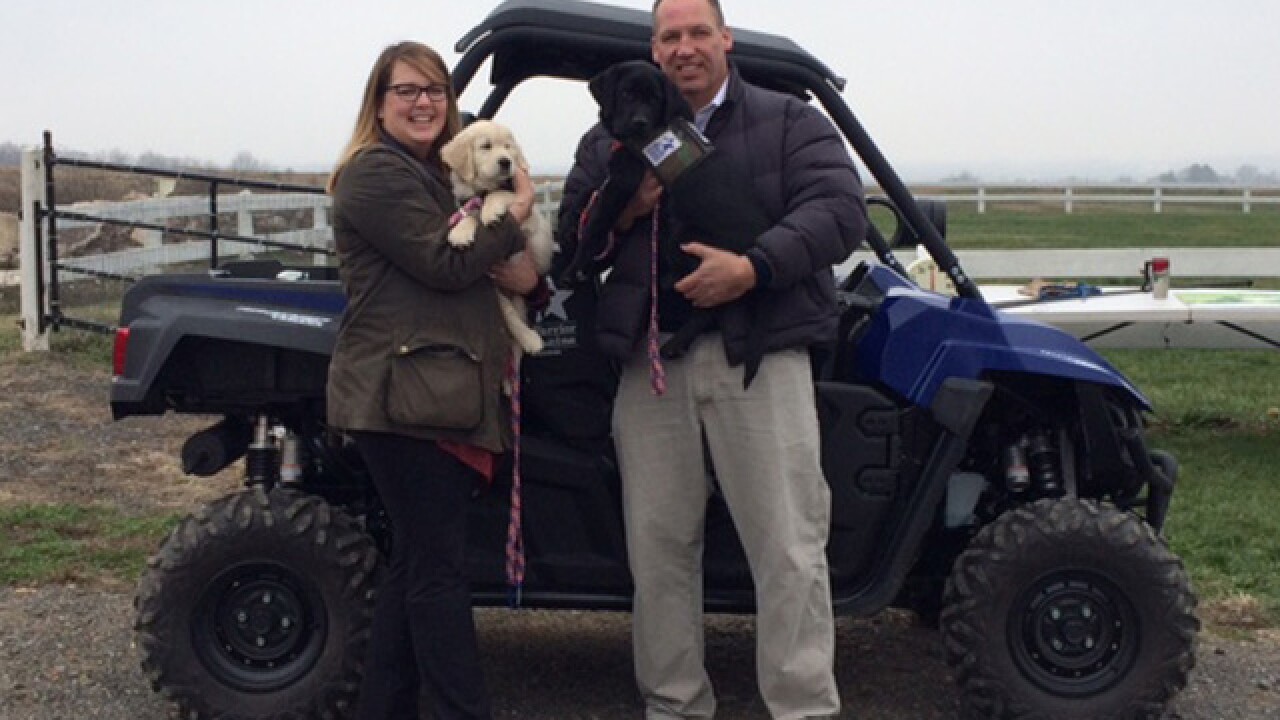 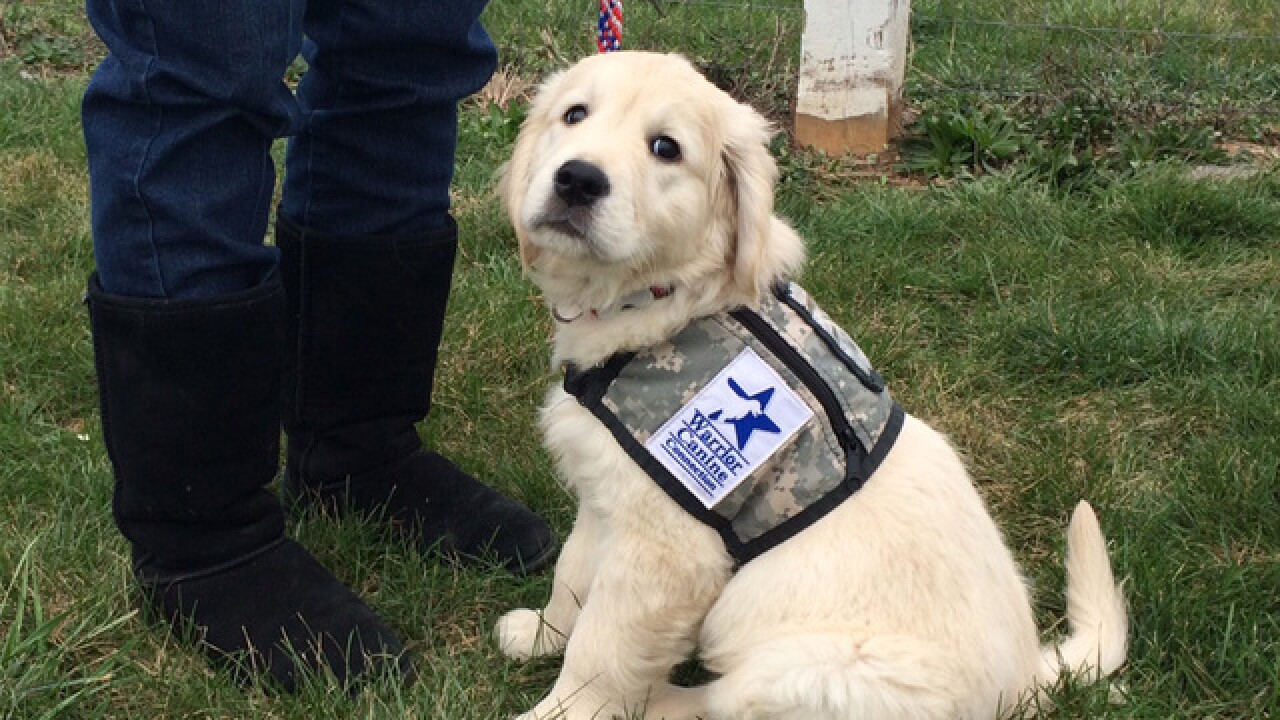 By: Andrea Boston
Posted at 12:54 PM, Jan 08, 2016
A training facility that grooms service dogs for wounded veterans just received a brand new utility vehicle thanks to a generous donation.
An unknown suspect stole an all-terrain vehicle from the Warrior Canine Connection (WCC) grounds at Seneca Creek back in October. The red Kawasaki 4-wheeler was used for property maintenance.
According to Molly Morelli, Director of Dog Programs at WCC, a maintenance employee showed up for work to find the ATV stolen from a machine shed. The group then put out a call for information on the robbery, and a local news station picked up the story.
Weeks went by without a single tip on the ATV's whereabouts, until the Bob Woodruff Foundation called with good news.
Staff at the Foundation read about the theft online and sprang into action, donating a brand new utility vehicle that's even better than the original, according to Morelli.
"We are incredibly thankful to the Bob Woodruff Foundation for seeing a need and filling it before we could do it ourselves," Morelli said.
The Bob Woodruff Foundation is a national non-profit that benefits injured veterans and their families. The group has supported WCC's efforts in the past.
The Warrior Canine Connection received the new UTV just before Christmas and commemorated the gift with an official celebration Thursday. They're in the process of expanding operations to an old dairy farm in Seneca Creek State Park, and plan to keep the new utility vehicle around for a while.
"Nobody would even dare taking it now," Morelli said.
Download the ABC2 News app for the iPhone , Kindle  and Android .
Scripps Only Content 2015