Security checkpoint closed at BWI because of excessive callouts

BALTIMORE — Baltimore-Washington International Thurgood Marshall Airport says it expects "minimal, if any" problems for passengers since a security checkpoint closed because of staffing issues due to the federal government shutdown.

The Transportation Security Administration says one of three BWI checkpoints was closed late Saturday until further notice due to "excessive callouts" by TSA agents. The agency urged passengers to arrive early and check with the airport and airlines for updates in light of the "Checkpoint A" closure.

In coordination with airport and airlines partners, TSA continues to carry out its mission by optimizing resources, managing consolidation efforts, and ensuring screening lanes are properly staffed. Airports may exercise contingency plans due to call-outs and traveler volume in order to maintain effective security standards. Travelers should seek current airline and airport information and should allow enough time to get through the airport and board their flight.

Below is a list of top airports nationwide and their security line wait times due to the shutdown: 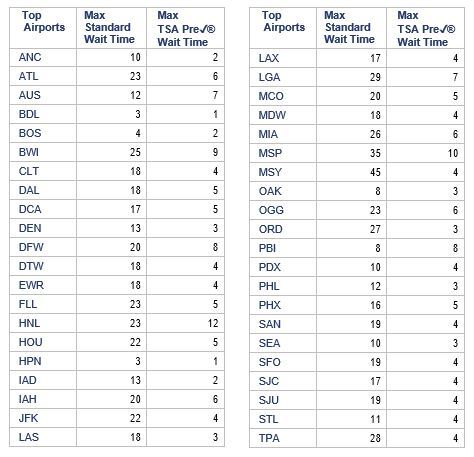 Airport spokeswoman Annette Fisher said Sunday it's not unusual for the TSA and BWI to open and close security checkpoints based on projected travel levels, flight schedules and security staffing.

The Associated Press contributed to this article

(Copyright 2021 The Associated Press. All rights reserved. This material may not be published, broadcast, rewritten or redistributed.)