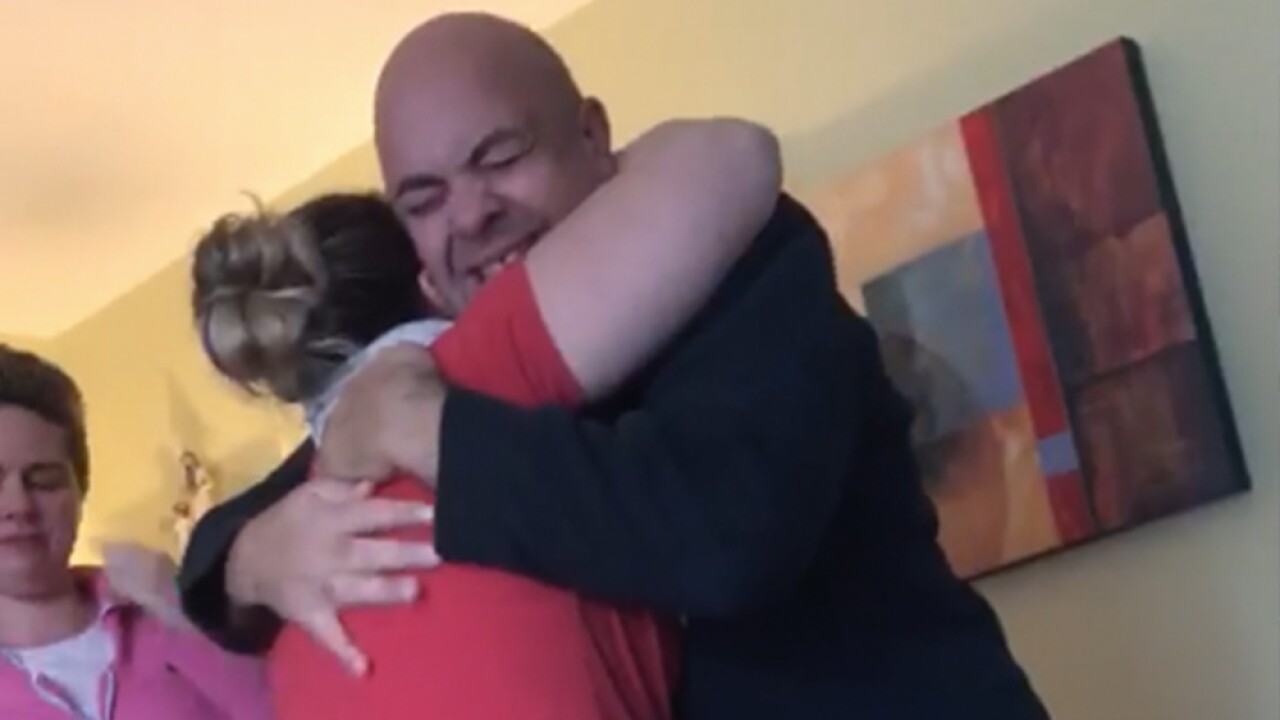 Former Montgomery County Police officer Stan Barsch was forced to retire in 2016 due to polycystic kidney disease and another medical issue.

In January, Barsch was in need of a kidney and reached out to family and friends on social media.

It didn't take long for Megan Ambrose to come to the rescue. Ambrose and Barsch graduated the Montgomery County Police Academy together in 2007, and went on to patrol the Silver Spring area as beat partners.

It was in 2010 when Ambrose was involved in a serious line of duty crash, while responding to a burglary. Her injuries ultimately led to her retirement in 2012, all the while, Ambrose and Barsch remained close friends.

Just a couple weeks ago, Ambrose found out that she and Barsch were a 100 percent match. On Valentines Day, Ambrose surprised her old partner by hand delivering a letter, sharing the good news.