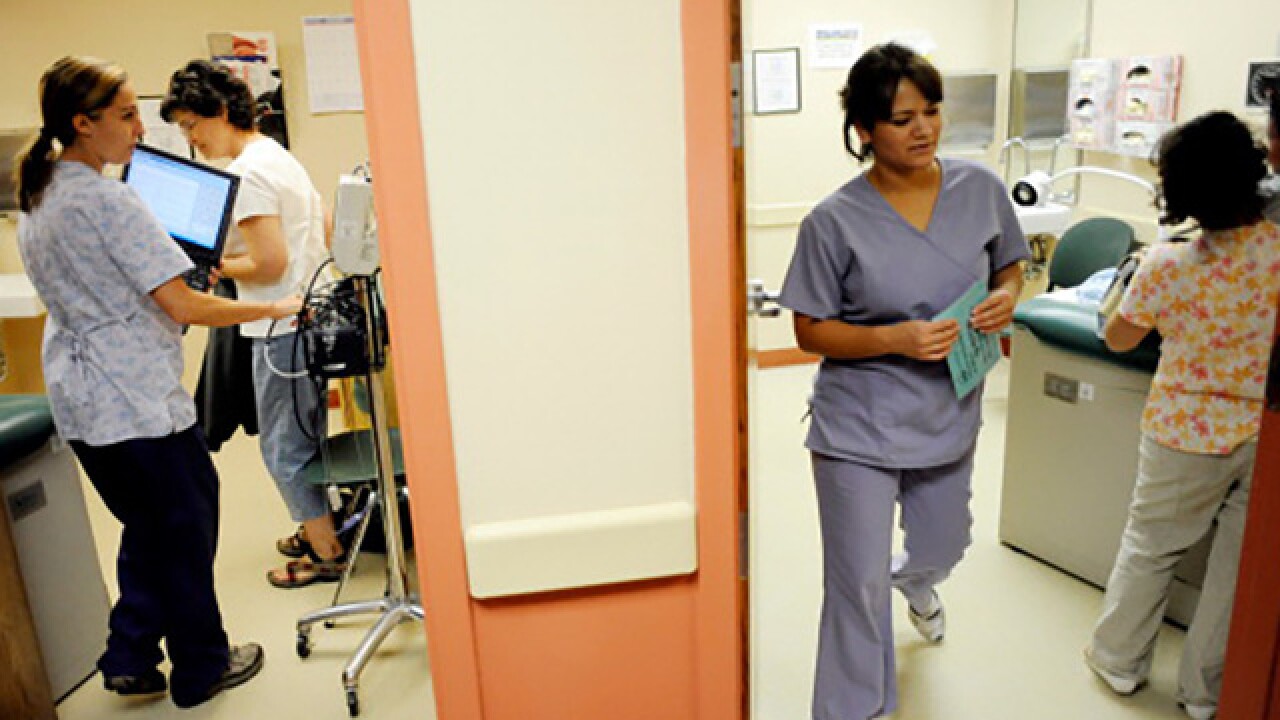 Copyright 2018 Scripps Media, Inc. All rights reserved. This material may not be published, broadcast, rewritten, or redistributed.
Hyoung Chang
<p>(HC) Jenna Murray, front left, and Maria Tovar, front right, medical assistants of Mountain Family Health Center, are are taking care of the patients at the clinic in Glenwood Springs on Monday. A string of clinics for the poor just got millions of dollars in capital money from the federal stimulus package to build and expand buildings, including this one which is planning a new clinic in Rifle. (Photo By Hyoung Chang/The Denver Post via Getty Images)</p>

Cities officials concerned about the effects potential new Title X restrictions might have on women's access to health services were joined in their worry by member's of Baltimore's Congressional delegation Monday.

Title X is a federal statute under the Public Service Health Act that mandates federal funding for family planning and similar preventative health services, particularly focusing on access to such services for low-income individuals.

In May, a proposed rule called the “Compliance with Statutory Program Integrity Requirements,” would withhold funding for any health centers that perform abortions or are affiliated with those who do, as well as prevent health providers from referring women to “evidence-based reproductive health choices, or even discussing them - a “gag” rule,” the delegation of Baltimore representatives and officals said in a statement.

Sites that rely on Title X funding in Baltimore served more than 17,000 patients in 2016,  the statement said. One in three women in Baltimore rely on publicly-funded health services for access to contraception. The Title X program has been credited as a contributor for historic lows in unintended pregnancies, which have fallen 61 percent between 200 and 2016.

Beyond reproductive health services, the clinics give patients access to cancer screenings, contraception, HIV testing and counseling, substance use and mental health screenings, and referrals for specialists.
In 2010, Title X services in Maryland saved the state nearly $148 million, the delegation said.

“The proposed changes in Title X would roll back gains to health and opportunity, undermine patient rights, and fundamentally change the landscape of reproductive health and the clinician-patient relationship,” said Dr. Wen. “Reproductive health is a critical part of every woman’s health care. Standard medical care should be based on science, not ideology. The fundamental right to health cannot be a privilege reserved only for those who can afford it.”

Those wishing to publicly comment on the proposed Title X changes may do so online.