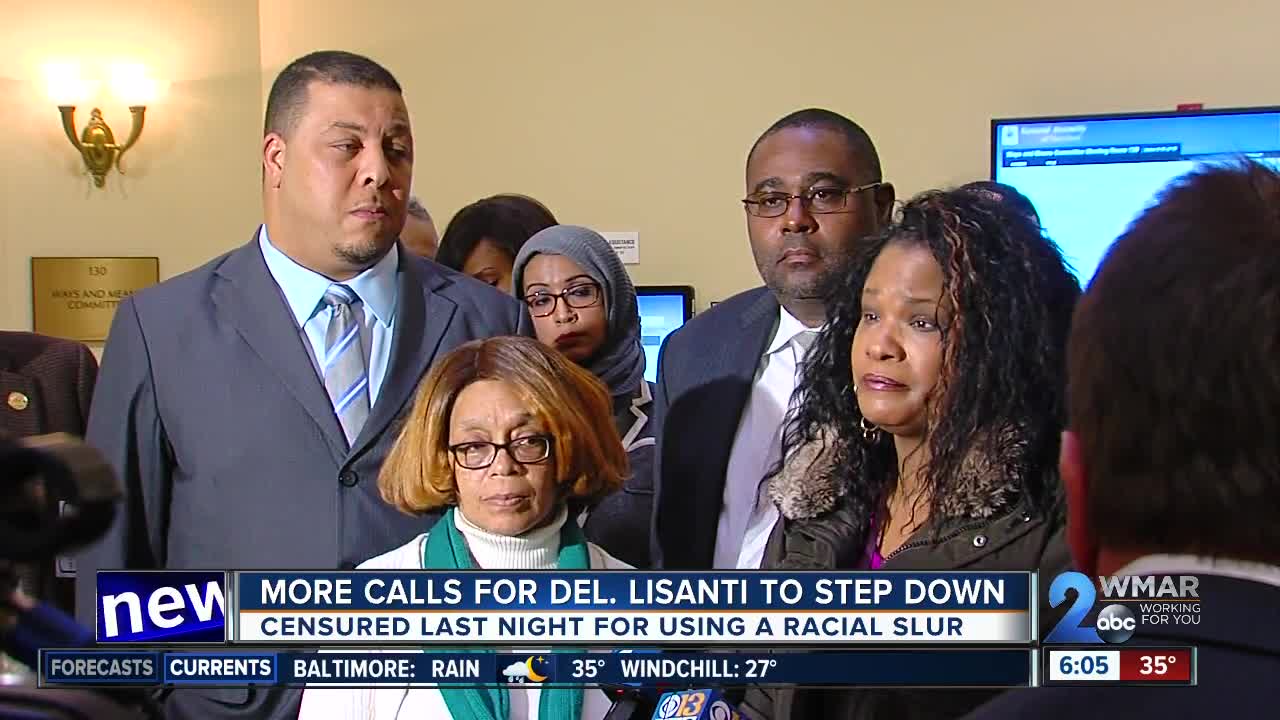 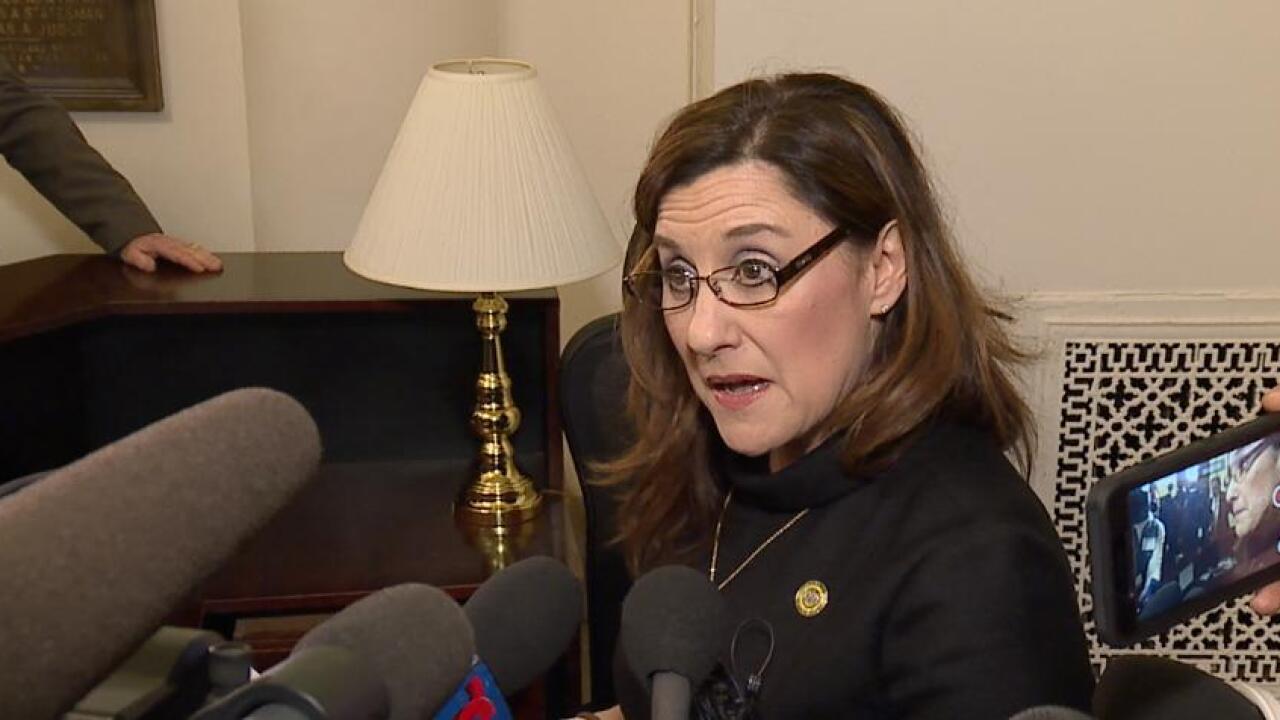 ANNAPOLIS, Md. — Lawmakers, civil rights leaders and voters are renewing calls for Maryland Delegate Mary Ann Lisanti to resign, a day after she was censured for making a racial slur.

The NAACP joined black lawmakers in Annapolis Friday in calling for Lisanti to step down. They criticized her for failing to take responsibility for using the n-word last month at a gathering with fellow lawmakers.

"I don't think people, especially people who are not black go around just doing that. I've grown up with a lot of different people. i grew up in a predominately white area and I can tell you that the only people that did racist things were racists," Sarahia Benn with the African American Democratic Clubs of Maryland said.

The House of Delegates voted Thursday to censure Lisanti. In a statement after the vote, she expressed uncertainty about whether she actually said the word, referring to the incident as "alleged." She also told reporters she would not resign, saying that would be the easy way out and would deprive the people who elected her a vote in the General Assembly.

Lisanti didn't attend the session in the House Friday.

(WMAR contributed to this article).