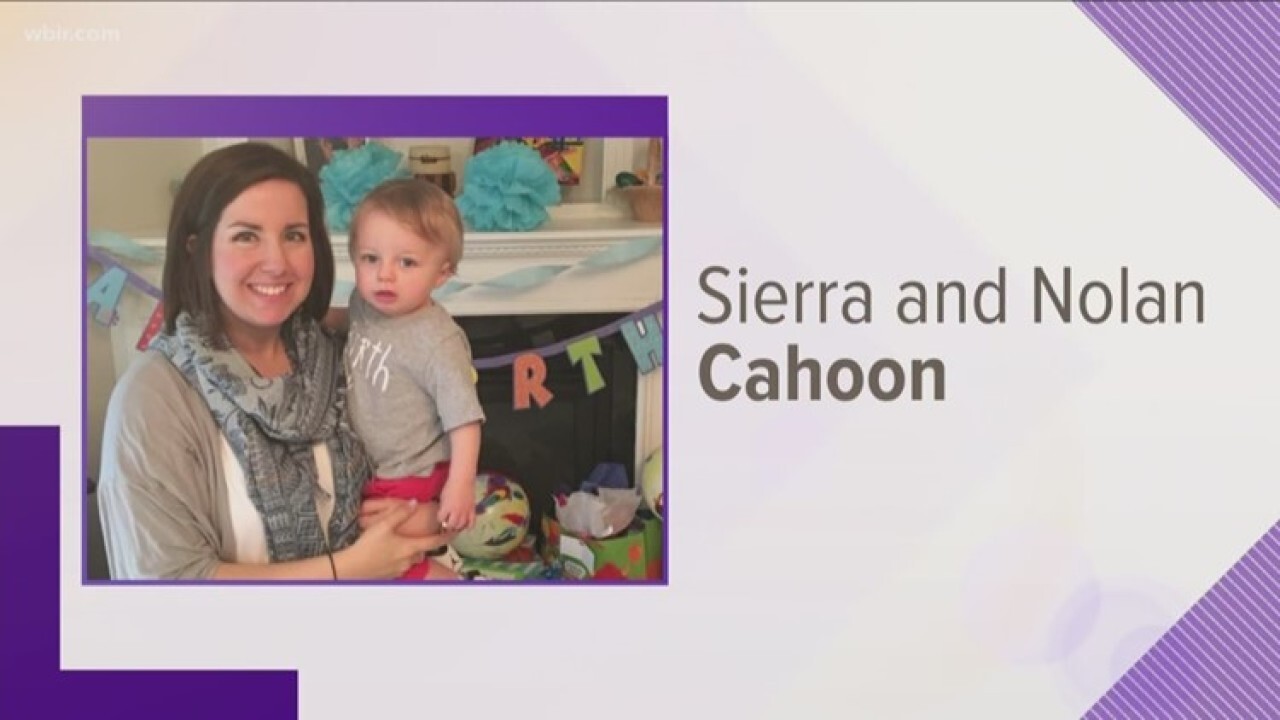 A pregnant woman from Parkton and 2-year-old son in stroller &#39;intentionally&#39; struck and killed by driver in Tennessee.

The family of the pregnant woman from Maryland who was killed along with her 2-year-old son Monday in Tennessee announced funeral arrangements to be held in both areas to honor the three lives lost.

Sierra Wilson Cahoon and her son Nolan were killed Monday morning as they walked down the street in Jefferson City, Tenn. According to charging documents, the 33-year-old driver accused of killing the 30-year-old pregnant mother and her toddler was hearing voices in his head told him to "kill meth heads," and he thought the stroller Cahoon was pushing was full of meth, the local ABC affiliate WATE reported. A 61-year-old man was also struck, and a person who was in the building the driver crashed into after striking Cahoon and her son were also injured.

The family will host the first memorial service for Sierra, Nolan, and "baby Cahoon" in Tennessee, followed by one in Pennsylvania five days later.

On Friday, June 21, a service will be held from 5 p.m. to 7 p.m. at the First Baptist Church on the campus of Carson Newman University in Jefferson City.

On Wednesday, June 26, a service will be held at the Grace Fellowship church, 74 E Forrest Ave., in Shrewsbury, Pa. The family will host visitors from 10 a.m. to 11 a.m., with a service following, and a fellowship following the service.

The family announced the memorial plans on Facebook and encouraged others to share the details. A GoFundMe page was also established in Sierra and Nolan's names.

"We’re at a loss of words," read a statement from the family posted on Nelson's sister Cassidy Wilson's Facebook page. "...Our hearts are completely shattered and our life will forever be changed. Thank you for all the love, support and, prayers shown to our family during this tragedy. Sierra, Nolan and, baby Cahoon will be extremely missed but forever in our hearts."